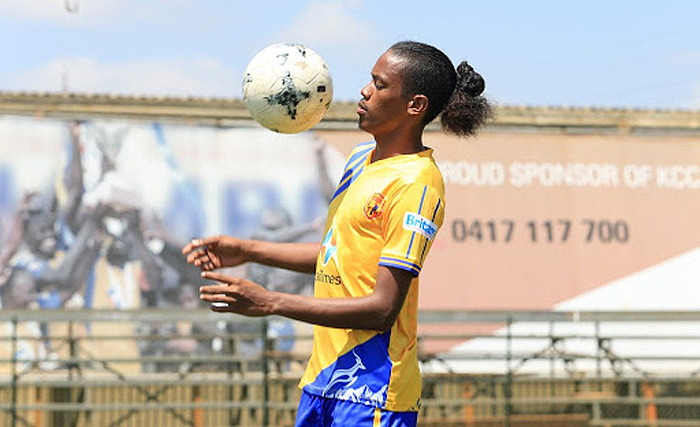 rEVITA
TOP Football STORY
a year ago .
Down and out: Revita injury 'huge blow' to KCCA
"His absence will affect the team since he commands the defense and team well."

KAMPALA - John Revita's injury that has ruled him out for rest of the season is a huge blow to defending champions KCCA, a source says.

He picked up the injury against URA in January as the holders went down 1-2.

"His absence will affect the team since he commands the defense and team well. But we want to wish him a quick recovery. However, I am confident the remaining defenders can do the job," the source told New Vision.

Revita's injury led to his exclusion from the Uganda Cranes team that was preparing for the Africa Nations Championship (CHAN) before the training was called off after the competition was postponed due to coronavirus pandemic.

Revita joined KCCA from rivals Express towards the start of the current season, replacing captain Timothy Awany, who left the club to join Israel Premier League side Ashdod FC.

He has enjoyed a bright start to new life at Lugogo and is one the players head coach Mike Mutebi rates high.

"He has not been at KCCA FC for a long time but he understands the game well. His absence might be a blow to the team but I have replacements to take over," said the tactician.

Peter Magambo, Hassan Musana, Filbert Obenchan, Musa Ramathan and Samuel Kato are some the defenders that can fill the avoid left by Revita.

The Premier League went into a break when KCCA were second on 50 points, hot on the heels of title-chasing Vipers (54).

For their remaining five games, KCCA have to face Villa (away), Busoga United (home), Wakiso Giants (away), Onduparaka (away) and BUL (home).