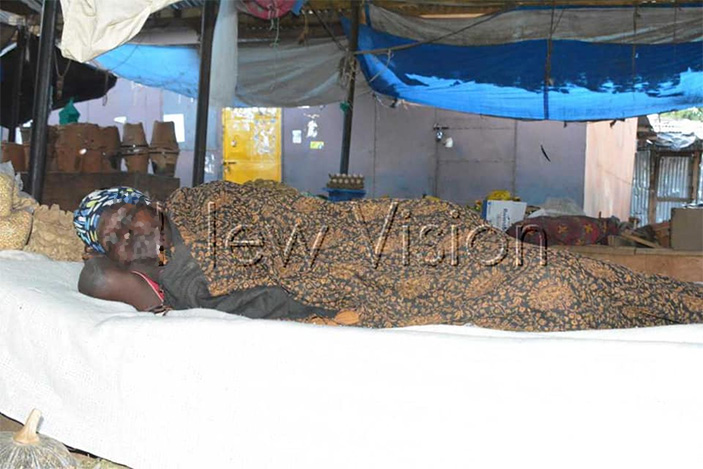 Farida Nabuzale, who sells tomatoes, said her husband forbade her to sleep in the market, claiming the vendors had a record of engaging in extramarital relationships.
TOP National STORY
Fri Apr 10 2020 .
Husbands block wives from sleeping in market

Farida Nabuzale, who sells tomatoes, said her husband forbade her to sleep in the market, claiming the vendors had a record of engaging in extramarital relationships.

MBALE - Over 500 food vendors in Mbale market have shunned an overnight camp provided by the municipal council to help restrict movement and opted to keep walking home.

The municipality spokesperson, James Kutosi, said as authorities, they responded to the President's directive and gazetted a facility within the market for the vendors to sleep in at night.

Mbale market accommodates about 500 fresh food vendors, he said, but only 25 of them spent the first night in the market.

The move was to check contact that could lead to the spread of the coronavirus. Kutosi said it was up to the Resident District Commissioner and his security team to ensure the vendors followed the President's directive.

He added that the directive that vendors who wanted to continue selling should sleep in the market for the 14 nights, did not go down well with their spouses.

Farida Nabuzale, who sells tomatoes, said her husband forbade her to sleep in the market, claiming the vendors had a record of engaging in extramarital relationships.

She added that recently when the market experienced a power blackout that lasted over four months, there were reports that vendors had turned their stores into lodges.

"We have several vendors that took advantage of blackout to engage in promiscuity, but they were warned by the market authorities,'' she said.

However, Tom Wangolo, a passion fruit dealer said allowing women to spend nights in the market would promote extramarital affairs.

He added, "Some of us have families and our children are too young to cook for themselves.''

"We were also wondering if couples that co-own stores would be allowed to share beddings," he added.

The Mbale Resident District Commissioner, Baraza Ogajo, declined to comment on the matter. "Please," she said, "I am not the market inspector."