Johnson, who is also the former president of the Los Angeles Lakers, says when professional sports returns it will help the country heal after the virus.

Magic Johnson: "Sports will come back, probably without the fans first." (AFP)

Johnson, who is also the former president of the Los Angeles Lakers, says when professional sports returns it will help the country heal after the virus.

Magic Johnson says if the NBA does resume this season it will be without fans and the players shouldn't have any trouble adjusting on the fly to playing in empty stadiums.

The former NBA star and part-owner of the Los Angeles Dodgers baseball team sees a glimmer of hope and said all it will take is one game for the players to adapt to not having spectators in the building.

"Let's say the NBA comes back without fans. Once you play one game without fans you will adjust to not having fans there," Johnson told American broadcaster CNN on Thursday night.

"We've all played our whole life on the playgrounds and pickup games without fans being there. So basketball players will adjust, trust me."

Johnson, who is also the former president of the Los Angeles Lakers, said when professional sports returns it will help the country heal after the virus. 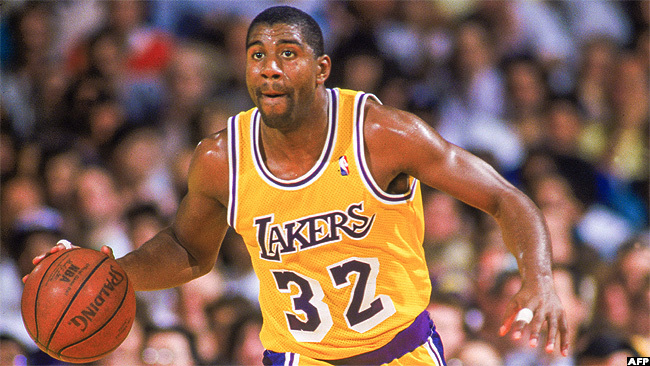 Johnson played point guard for the Lakers for 13 seasons

The epidemic has so far killed over 95,000 people worldwide, including at least 16,000 Americans and over 500 in Canada.

"We need sports, especially in a time like this. But only if everybody is safe," Johnson told CNN. "Sports will come back, probably without the fans first."

The 60-year-old made sports health news in 1991 when he revealed he has HIV.

He said the NBA is not going to return until the COVID-19 outbreak in the US has stabilized and the players can be properly tested.

"There will be a right time," he said. "Commissioner Adam Silver has done wonderful job with the NBA. 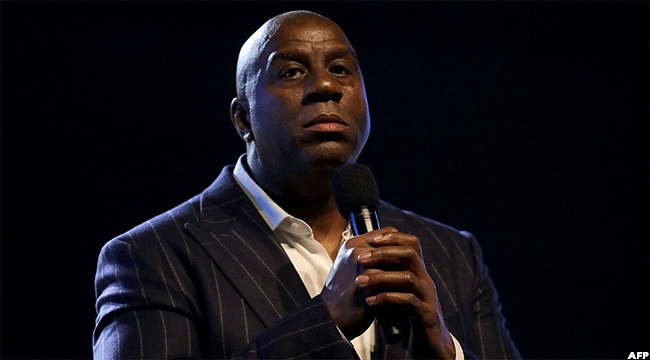 The retired basketball star maintains that "sports will come back"

Johnson says he does not know exactly when that will be, and that Major League Baseball is discussing a May start.

But some health experts have predicted social distancing restrictions might remain in place for much longer over fears of worsening the health crisis.

"LeBron is right, it is hard to play without fans," said Johnson.

"Those guys want to see who is the world champion. Listen, if they have a chance to go back and they are all healthy, and they all get tested, they will go back to crown a champion.

"They want to see who is the best team in NBA. I am looking forward to seeing if the Lakers can win a championship."

Meanwhile, a poll conducted by Seton Hall University and released Thursday found 72 percent of Americans said they would not attend sporting events if the games resumed without a vaccine for COVID-19.

Kipyeko goes for glory in 5000m