Some of the injured family members involved in the land conflict in Vurra Village, Ulepi Sub County. Photos by Robert Ariaka

The Police in Madi Okollo district is searching for suspects who set ablaze 13 houses and looted property in Vurra village Katiyi Parish in Ulepi Sub County.

The incident that occurred on March 28, 2020, left 62 family members homeless.

The attackers came from neighbouring Odrubu village in Okollo Sub County and were joined by those in Eteleva village in Arara Parish in Ulepi Sub County.

They are being housed in a neighbour's place to prevent further attacks.

Charles Zamara, a father of nine children said he has been saddened by the attack.

Zamara told the New Vision in an interview on Tuesday that, he lost a baby boy aged one year and two months due hunger. The baby died on Tuesday 7, April 2020 after the millet floor stored to feed the child was burnt by the attackers.

The mother to deceased baby died in March 2019 leaving her with her father.

Zamara who is the family head said he lost 10 goats, 6 chickens, and all the food items stored in the granaries were looted by the attackers.

He confirmed that 14 of the family members were injured in the attack and two elderly, man and woman sustained fractures. 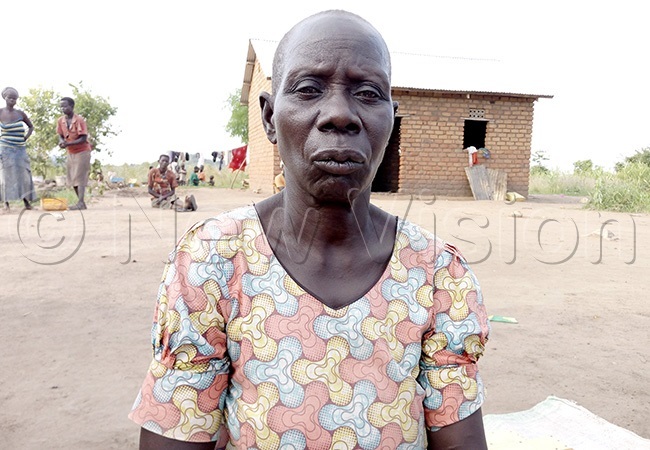 Elisa and Avuru were rushed to Kuluva mission hospital where they were treated.

Others sustained minor injuries on the head, right ribs, back, and arms.

The family also members lost their national identification cards that got burnt in the inferno, food stocked ranging from millet, sorghum, simsim, beans, and cassava, flour among others.

The granaries installed outside the compound with food were also burnt down.

Some new buildings under construction were demolished; all utensils in the 13 houses were completely destroyed by the fire.

The family also claims they lost sh4.2m which was their SACCO savings, it got burnt in the inferno.

Four bicycles, 50 plastic chairs, and all mattresses were destroyed in the attack.

Individuals have documented their personal properties that were destroyed by their rivals during the attack.

According to Zamara, they have lost property worth sh20m in the attack and calls for urgent help from the government and well-wishers to save them from the calamity.

Arumadri Simon Mundua, the LC1 chairman of Vurra village in Ulepi Sub County said, he is entangled in land rows with the neighbouring villages.

He said the villages of Eteleva, Odrubu, and Arara have all records of land row.

Mundua said the current land conflict that sparked the attack involves over 300 acres belonging to Zamara and his family members.

He appeals to the district leaders in Madi Okollo to intervene in the land conflict and resolve the matter arguing the two communities have failed to respect their positions as LCs.

John Adaku the LC3 chairman Ulepi Sub Count said they received details of the attack and informed the police to effect an arrest, but the attackers took off from their village and are hiding in an unknown place.

Adaku called for support from well-wishers and the government to help the family access food, clothing, and other basic necessities.

Will the tax help reduce traffic congestion in Kampala?