🔴 Coronavirus situation in Uganda and beyond
Next Story

Josephine Najjingo went to the RDC’s offices in Mukono with the casket containing the remains of her dead brother who was to be laid to rest in Mpigi district. Photo by Henry Nsubuga

A number of people who assemble to the office of the Mukono district Resident District Commissioner (RDC) on a daily basis in search of travel clearance documents have decried the delays they endure.

These include those who are transporting the remains of their loved ones for burial, pregnant mothers who are due for delivery and sick people being taken to hospitals among others.

Some of them have been forced to travel with the dead bodies as evidence to show to the Mukono RDC Fred Bamwine to avoid unnecessary delays.

Julius Kisuule who was accompanied by a few relatives from Nassuuti village in Mukono Municipality was on Monday found at the office of the RDC with the body of his dead brother William Nsereko in the queue of the people who were waiting for travel clearances.

Kisuule said the clearance was taking a lot of time yet they were heading to Mitala Maria in Mpigi district for burial. 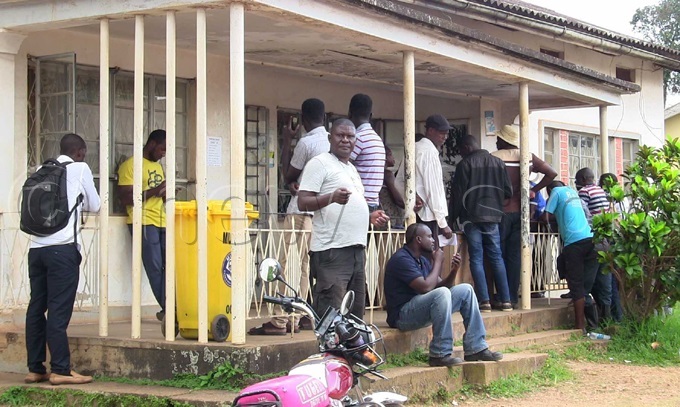 Mukono residents camped at the RDC's office waiting for the clearance documents. Photo by Henry Nsubuga

Josephine Najjingo, a relative, expressed dismay for having spent a lot of time waiting for the clearance saying that delay was uncalled for more so to them who were already grieving the loss of a loved one.

"We are already going through a lot of pain having lost our brother but the seven hours we have spent at the RDC's office waiting for the travel clearance doubles the pain inside us," she said.

Bamwine spent most of Monday in a meeting with other stakeholders on the Mukono district COVID-19 taskforce, hence the delay in clearing those who were camped at the office.

The Nassuuti village chairman, Edmond Kiberu, said he was forced to follow his residents who had to transport the dead body to Mpigi for burial in order to help them get the clearance which had taken some time.

Kiberu called upon President Yoweri Museveni to reduce on the tasks he gave the RDCs amidst the partial lockdown of the country and curfew. 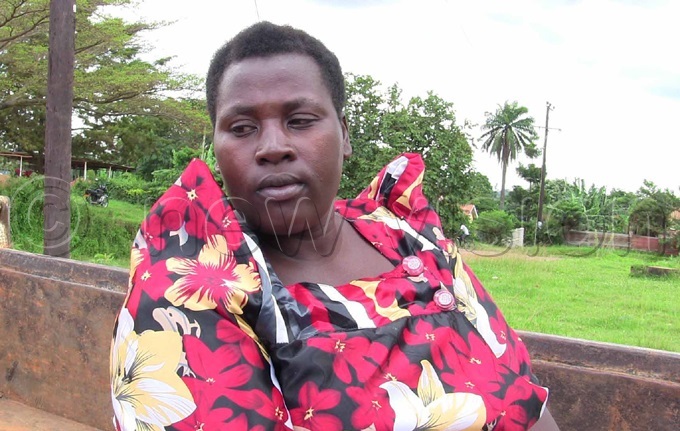 Winnie Nakitende speaks to the media while she waits for clearance to go to Mulago Hospital and pick child's dead body. Photo by Henry Nsubuga

"They are overloaded which is affecting service delivery. Pregnant women too are made to wait for too long. We are likely to have some of them die at RDCs' offices which will be so bad," he said.

Winnie Nakitende, a resident of Katosi village in Ntenjeru sub-county also faced the same inconvenience as she waited for clearance to go to Mulago Hospital to pick the remains of her dead child but it took her almost a full day.

Nakitende said she started on the process at 6:00 am but by 1:30 pm, she was still waiting for it at the RDCs office in Mukono.

"It is so unfortunate. I am wondering what time are we supposed to leave the RDC's office to go to Mulago Hospital yet at 7:00 pm, the curfew will require us not to move," she wondered.

Bamwine said he was doing his best to have the essential people get clearances as per the presidential directives.

Demolition of the museum is equal to destroying Ugandans