Home
NEWS
Media
Supplements
Tenders
Notices
Last week, Kampala city had a handful of people. However, the situation seems to be changing because traders have started coming back to work.

Last week, Kampala city had a handful of people. However, the situation seems to be changing because traders have started coming back to work.

KAMPALA - It is now a week+ since President Yoweri Museveni suspended public transport and banned the sale of products other than foodstuffs in the markets.

Last week, Kampala city had a handful of people. However, the situation seems to be changing because traders have started coming back to work. 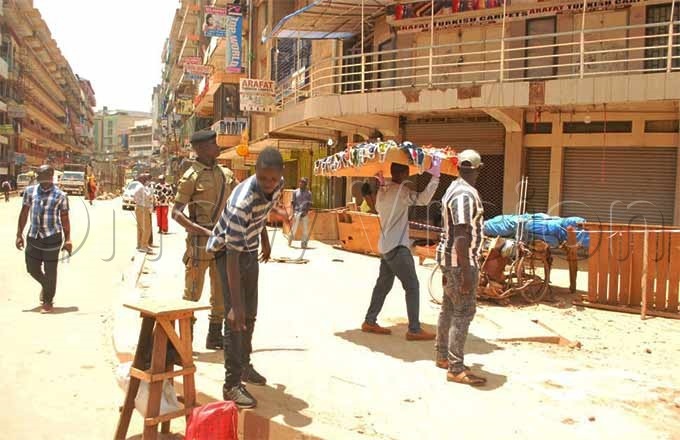 Hawkers in the city centre running away to save their businesses after seeing police officers.(Photo by Reginah Nalunga)

Arcade owners, on the other hand, are still abiding by the government's directive. But hawkers and vendors have adamantly gone back to the streets to push on with business.

On Tuesday, Police officers swung into action to disperse the traders who had arranged their merchandise along streets and verandas.

Some of the traders resisted. They desperately wanted to sale their merchandise. They could not stand the lockdown anymore. 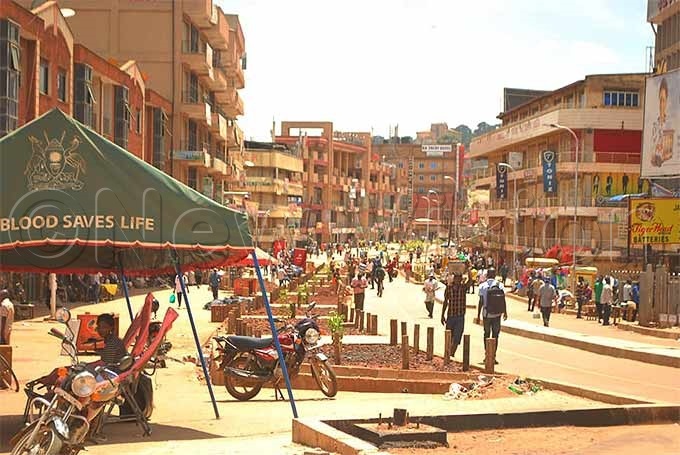 On the streets of Kampala, people moved dejectedly. Others were seen on arcade verandas in deep thought.(Photo by Reginah Nalunga)

On the streets of Kampala, people moved dejectedly. Others were seen on arcade verandas in deep thought. You can only imagine what was going through their minds.

The current situation has hit city dwellers hard, especially those who depend on day to day income.

I managed to engage one such person. The middle-aged man looked exhausted and moved purposelessly. I suppose he had moved a long distance. 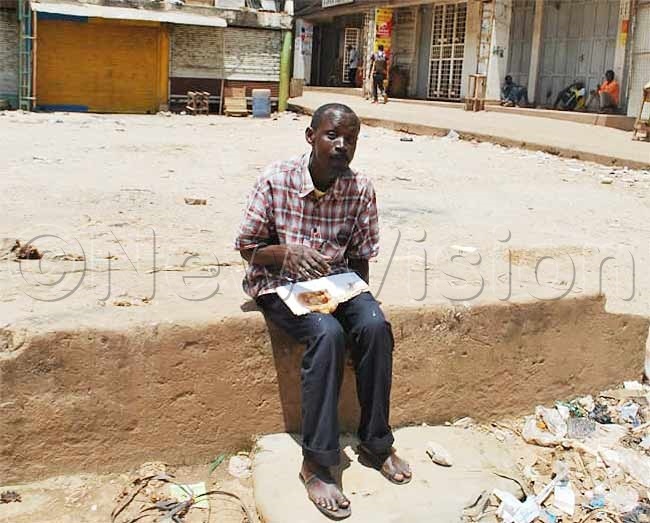 A man-eating 'Kikomando' outside the Old taxi park. (Photo by Reginah Nalunga)

On condition of anonymity, he told me he could not stay home anymore.

"There is nothing for me to do at home. I am tired of sitting. Besides, the Government promised to give us food but we are yet to receive it, " he said.

He spoke with a lot of fury as sweat rolled down from his hair. He requested the Government to reduce the days of lockdown so that they can get back to work.

On the bright side, Kampala Capital City Authority (KCCA) has used this rare chance of the city being deserted to work on city roads. 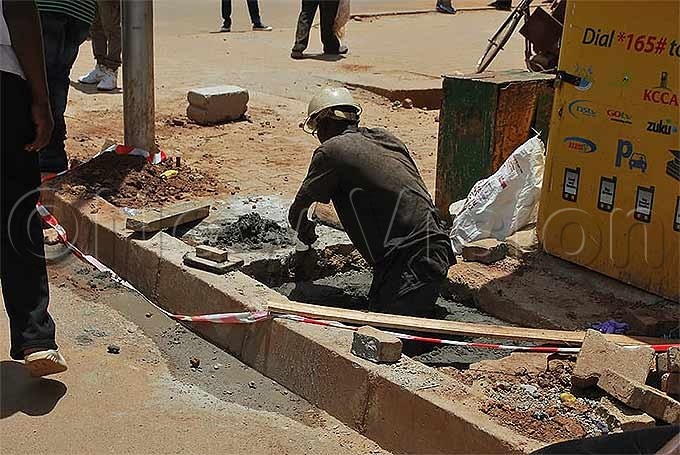 A KCCA worker cementing a trench along Kikuubo lane. (Photo by Reginah Nalunga)

It has always been quite hectic for KCCA to work while people go about their business. 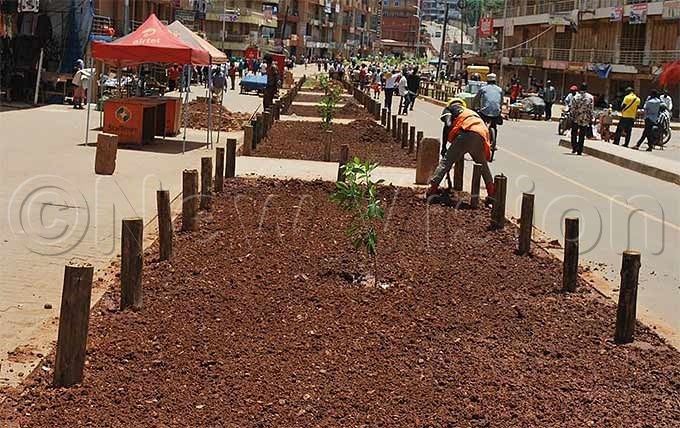 KCCA spokesperson Peter Kaujju appealed to the entire public to stay home especially if they don't have official business in the city.

"You should do this for the good of your families and the nation," Kaujju said. 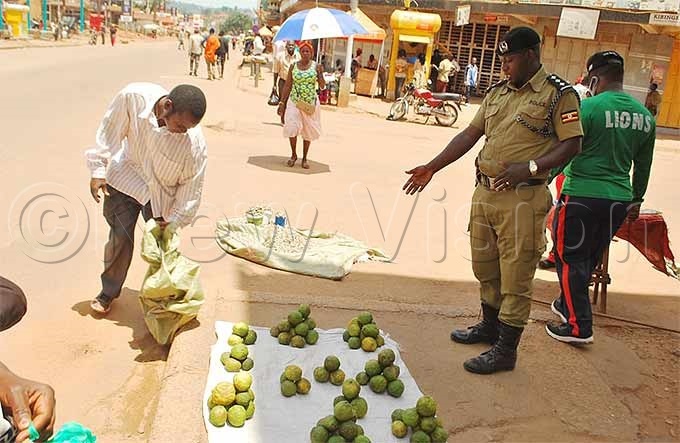 Tuesday marked the seventh day since president Museveni suspended most activities in the city and country at large.

"Police and other security agencies and ready to support us to enforce the measures government has put in place to curb COVID-19," Kaujju stated.