Italy reported its lowest daily death toll in two weeks, in a possible sign the tide may be turning in the deadliest disaster the country has faced since World War II.

A member of the medical staff comforts a patient infected by the novel coronavirus at the COVID-19 division at the ASST Papa Giovanni XXIII hospital in Bergamo, on April 3, 2020.(AFP photo)

Italy reported its lowest daily death toll in two weeks, in a possible sign the tide may be turning in the deadliest disaster the country has faced since World War II.

HEALTH  VIRUS
Italy and Spain, the two countries hardest hit by the new coronavirus, on Sunday reported encouraging signs in their fight against the deadly pandemic sweeping the globe as the United States braced for a tough week ahead.
Italy reported its lowest daily death toll in two weeks, in a possible sign the tide may be turning in the deadliest disaster the country has faced since World War II.
"This is good news but we should not let our guard down," civil protection service chief Angelo Borrelli told reporters. 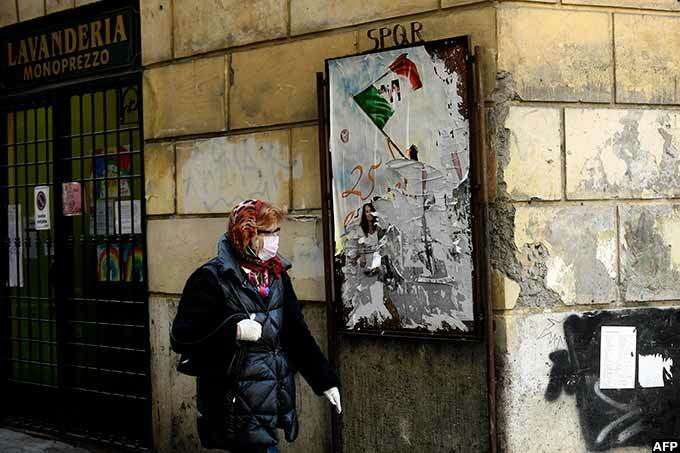 In Spain, officials said the number of fatalities had fallen for the third straight day.
Across the Atlantic, US President Donald Trump has warned Americans to brace for a "very horrendous" number of deaths in the coming days, as the number of confirmed cases there surged past 300,000 -- the highest in the world.
In New York state alone, the US epicentre, the death toll jumped over the past 24 hours to over 4,100.
The rapid march of the virus has claimed over 65,000 lives in just three months and left about half the planet confined to their homes, drastically altering life for billions of people and plunging the global economy into recession.
With over 1.2 million people confirmed to be infected, the virus is also putting massive pressure on healthcare services, with both rich and poor nations struggling to find enough staff and equipment.
Pope Francis, head of the world's 1.2 billion Catholics, appealed for people to show courage in the face of the pandemic.
The elderly pontiff, who himself has been tested twice for the virus, delivered his Palm Sunday mass by Livestream. Saint Peter's Square was deserted of the usual crowds and the basilica was almost empty.
And as Christians prepare for Easter -- the holiest event on their religious calendar, churches are closed and masses are being transmitted on television and on social networks.
- 'Great dose of humanity' -
Queen Elizabeth II was also set to give a rare address on Sunday aimed at rallying Britain. The government there is warning of tougher measures on social distancing to try to curb surging infections.
In Italy, officials reported 525 new deaths over the past 24 hours, the lowest since March 19, although the country's overall death toll remains the highest in the world at 15,887. 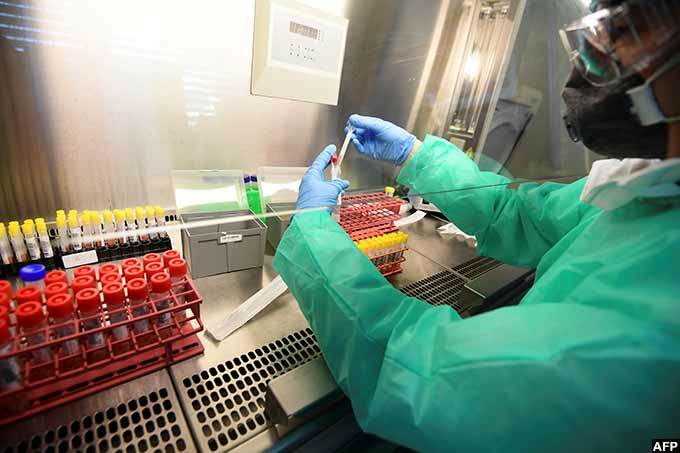 Officials also reported the first decline in the number of non-critical COVID-19 patients receiving hospital care in Italy, which has been under a strict lockdown for almost a month.
There were signs of hope too for Spain, which registered 674 deaths on Sunday, its third straight day of declining numbers. The government has nevertheless announced it is extending a near-total lockdown until April 25.
At a field hospital in Madrid set up at a conference centre, staff applauded whenever a patient was healthy enough to be discharged.
Builder Eduardo Lopez, 59, gave a "10/10" rating to the staff who cared for him "with tenderness and a great dose of humanity".
- 'We need you' -
In the United States, Trump warned Saturday that the country was entering "a time that's going to be very horrendous".
"This will probably be the toughest week," he said. "There will be a lot of death."
But he insisted that the world's largest economy cannot remain shut down forever, saying: "I've said it from the beginning -- the cure cannot be worse than the problem."
New York state, the US epicentre, saw 594 deaths in a single day on Sunday, slightly down from the previous day, but Governor Andrew Cuomo said it was too early to tell whether it was a "blip".
"We won't know for the next few days, does it go up, does it go down." 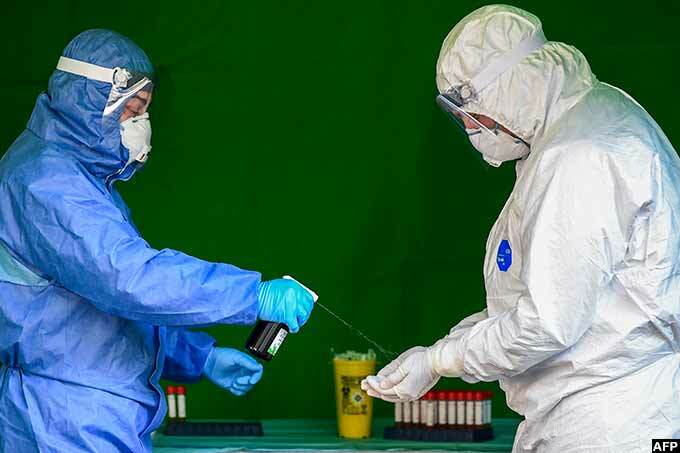 Cuomo had warned Saturday that the worst was yet to come and that already strained hospitals were not prepared, while New York City appealed for licensed medical personnel to volunteer their services.
"Anyone who's not already in this fight, we need you," Mayor Bill de Blasio said.
Trump said 1,000 military personnel, mostly doctors and nurses, would be deployed to help in the city, which he described as "the hottest of all the hot spots".
- 'Better to die from virus than starve' -
Several Western countries including the US have encouraged the use of masks in public despite earlier saying that only carers needed to cover their faces -- a U-turn that has angered and confused some citizens.
The advice came after some studies suggested the new coronavirus can be spread through speaking and breathing, not just coughing and sneezing.
The World Health Organization is reviewing its guidance but has said it worries that masks could give "a false sense of security," leading people to be more casual about hand washing and social distancing.
Governments have rolled out massive, unprecedented stimulus programmes to ease the pain caused by the virus lockdowns, but economists have warned that the crisis could worsen poverty levels with millions of jobs lost.
Iran, whose economy has suffered the double blow of the virus and punishing US sanctions, said it would allow "low-risk" economic activity to resume as daily infection rates fell for a fifth straight day. 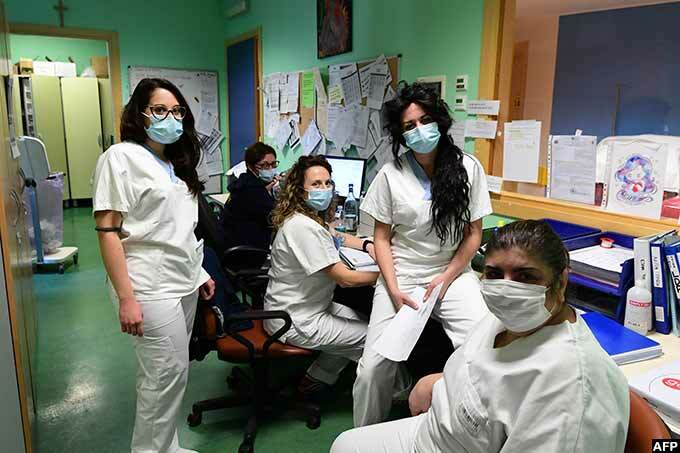 Some people in poor countries are chafing against the curfews that are destroying their livelihoods.
"How can anyone stay home without anything to eat?" asked Garcia Landu, a motorcycle taxi driver in the bustling Angolan seaside capital of Luanda.
It's "better to die of this disease or a gunshot than to starve to death," he said as he ventured out to try to earn a living in defiance of government-ordered restrictions.
Elsewhere in Africa, Ethiopia reported its first death as officials ramped up testing to get a clearer picture of the outbreak there.
The latest high profile figure to succumb to the disease was Mahmud Jibril, the former head of the Libyan government that overthrew longtime dictator Moamer Kadhafi in 2011.
In Britain, the government warned it may ban outside exercise if people flout stringent guidelines aimed at curbing virus transmission. Warmer weather has stoked fears people could congregate in parks and open spaces.
One of those rapped over the knuckles was Scotland's chief medical officer, who was forced to apologise for ignoring her own advice about non-essential travel.

For how long will priestly celibacy survive?

Fill the earth to your cost, peril