How to set up a home office
Next Story

The flag off was conducted in the middle of the road between the Office of the Prime Minister and Serena International Conference Center along Nile Avenue.

The Prime Minister, Dr. Ruhakana Rugunda flagging off trucks of food destined to Bwaise in Kawempe division for distribution, which kicked off on Saturday, April 04,2020. Left is Government Chief Whip, Ruth Nankabirwa and NRM and other officials.(Photo by Eddie Ssejjoba)

The flag off was conducted in the middle of the road between the Office of the Prime Minister and Serena International Conference Center along Nile Avenue.

KAMPALA - Prime Minister Dr Ruhakana Rugunda has flagged off the distribution of food to over 1.4m million urban poor in Wakiso and Kampala districts.

Most of the urban poor cannot afford to buy food during the 14-day lockdown that was declared by President Yoweri Museveni following the outbreak of the coronavirus pandemic. 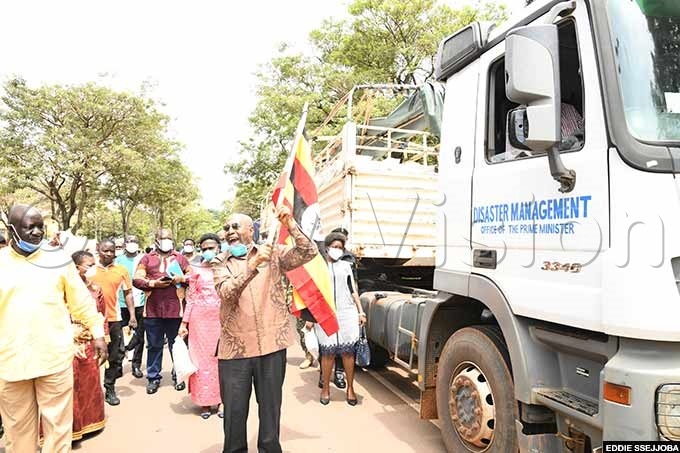 The flag off was conducted in the middle of the road between the Office of the Prime Minister and Serena International Conference Center along Nile Avenue. It was witnessed by a number of government officials.

Dr Rugunda stated that the distribution targets vulnerable people who have been earning money daily to feed themselves, but because of restricted movements they can do so and yet they must continue to live like respectable Ugandans. 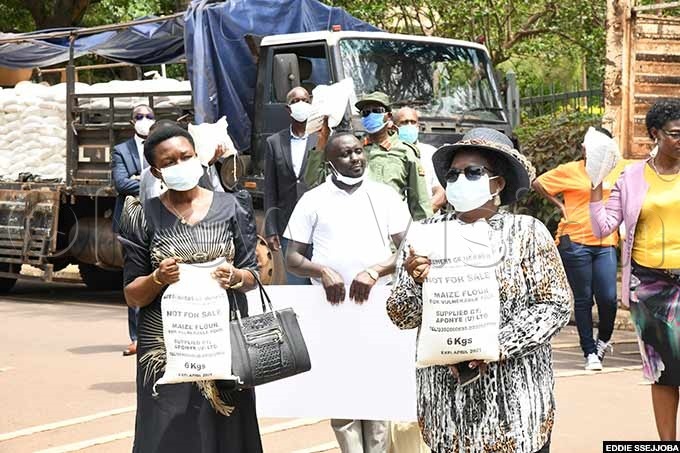 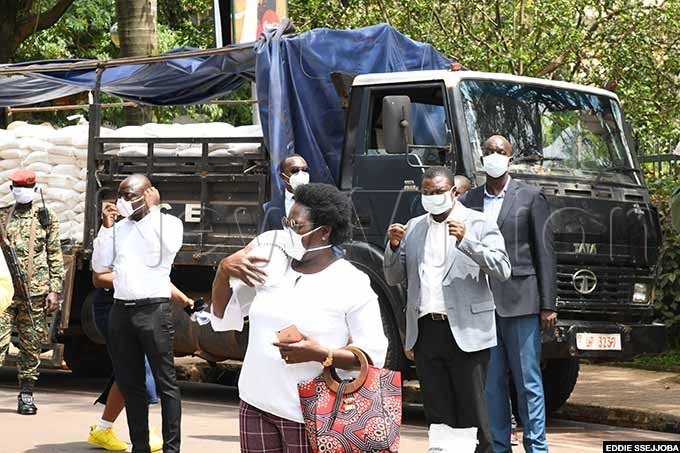 According to the Prime Minister, the focus will be on making sure the elderly, the sick and pregnant women are taken into account.

He said the food was going to be distributed door to door and warned that there should be no lining and crowding at all. "As soon as there is any semblance of crowding food distribution will stop". 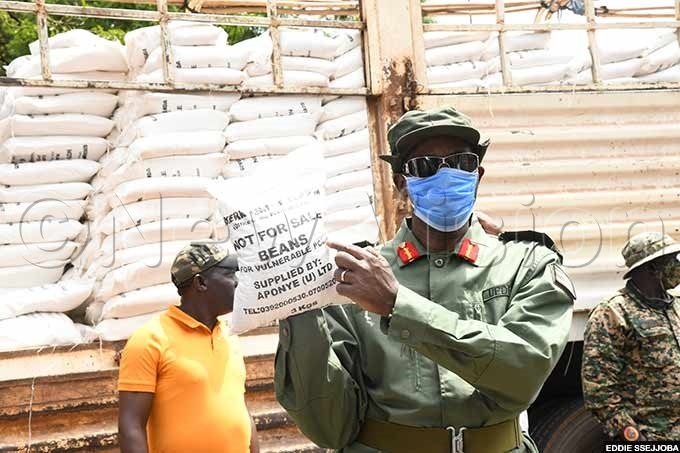 He appealed to all those concerned to be disciplined and make sure that the distribution does not cause the spread of the coronavirus pandemic.

"But on the contrary we want it to help in bringing down the pandemic to a permanent end, all of us have a responsibility and a role to play, to educate, to sensitize and to lead by example of making sure that we respect social distancing," he said.

Dr Rugunda asked everyone to heed to what the President and minister of health have been telling everyone, including washing hands with soap, using sanitizers and observe social distance and avoid any crowding. 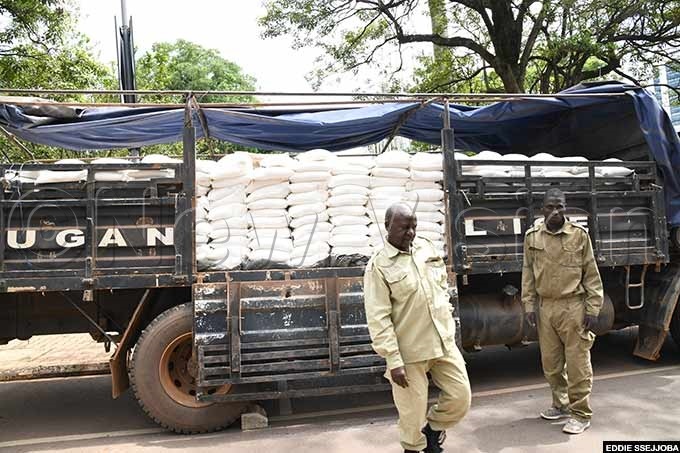 He cautioned the distribution team to observe absolute transparency, accountability.  "Anybody who tampers with accountability and transparency will be provoking the wrath of the law to take its course," he cautioned, adding that all the hospitals, orphanages and army and police barracks will be covered by the food distribution.

Who is to blame for Kampalaâ€™s gaping potholes?