Dr Kornya, as she came to be commonly known, was part of the fight against Ebola in Port Loko district in northern Sierra Loene.The title ‘Kornya’ means female warrior in Sierra Leone

Dr Kornya, as she came to be commonly known, was part of the fight against Ebola in Port Loko district in northern Sierra Loene.The title ‘Kornya’ means female warrior in Sierra Leone

"It appears many people have not yet got it with COVID-19. When those who do not understand (it) pick simplistic information and try to downplay the seriousness of this disease. They mostly do it by comparing the case fatality ratios. With COVID-19, the devil is in the denominator," writes Dr. Monica Musenero in a Facebook post.

Musenero is a senior epidemiologist, who was recently appointed a presidential advisor on epidemics in the wake of the new coronavirus disease. She is now giving guidance at national level on how to respond to the coronavirus.

"I have not slept willfully in the recent past. It is a busy job. I have to support the entire system, not just the President, during this pandemic. It includes the minister and the health ministry and other sectors of the Government, in addition to the private sector. All sectors must be supported to cope with the pandemic," explains Musenero.

She is a vastly experienced public health professional, who has distinguished herself as a leader in implementing strategic responses to medical emergencies.

She was also at the forefront of fighting the Ebola outbreaks in Sierra Leone in 2016 and in neighbouring DR Congo in 2018/2019.

Dr Kornya, as she came to be commonly known, was part of the fight against Ebola in Port Loko district in northern Sierra Loene.

She had earlier left a mark in the fight in the east of the country serving under the international non-governmental Organisation Wealthungerlife, according to awaokonewspaper.com.

The title ‘Kornya' means female warrior in Sierra Leone. The newspaper reported before her departure, the name Kornya had become a household name in the district because of her selfless work alongside her teammates.

It stated that a Kenema district Ebola task force meeting, the mayor of the Kenema City Council, Joseph Samba Keifala described Musenero as an ‘African patriot'

He said the name Kornya will always resonate whenever success stories about the Ebola fight are discussed in the district.

"You are truly an African fighter. You fought Ebola with us as if you were fighting for the lives of your sons and daughter; your brothers and sisters. We owe to you our commitment to uphold all those things that have made us achieve this collective success so far," the mayor stated, according to the newspaper.

"Dr Monica Musenero Masanza is our hero in the fight against the Ebola outbreak in Sierra Leone. Well done Dr Monica," wrote President Museveni in a 2015 Facebook post

According to reports, the 2014 outbreak of the Ebola virus in West Africa was the largest, most severe and most complex Ebola epidemic in history.

More than 28,000 people were infected, and 11,000 people died before the international public health emergency ended in 2016.

Most of the cases occurred in three countries: Guinea, Sierra Leone, and Liberia. Without an effective early-warning system, the disease spread rapidly within the region.

Dr Musenero was recruited to offer technical advice in West Africa because of her experience in handling Ebola.

"Kornya came onboard the Ebola fight at a time everybody was moving away because of fear of infection. But with resilience and determination, she was able to rekindle hope where there was none and the Ebola fight became the fight of nationalism," said Mayor Keifala.

Musenero highlights the importance of people getting the right information, noting that, "I have also spent time with journalists who are our mouthpiece. If they report the truth, we can fight this disease effectively."

"I was called from retirement; I have tried to retire three times, but duty calls. My profession has given me an opportunity to serve, to see things people cannot see. I can project what's going to happen and swing into action to protect people," Dr Musenero says.

She adds: "Because of my position, I can interact with people of all spheres of life. This is fulfilling for me, bringing my country out of a difficult situation."

First, we aimed to keep the virus out and, if it entered, we were going to identify it and confine the group. For a while, it worked," Dr Musenero says.

"We had mapped countries that posed a risk of bringing the virus to Uganda, but there was one country we did not know posed a risk and that was the United Arab Emirates. There was an oversight and we were shocked by the many cases that came from there; it breached our first-line of defence against the coronavirus," Musenero says.

She says Uganda's second strategy to contain the coronavirus disease, which is being implemented now, is limiting its spread.

"We have had to decongest crowded places to prevent the disease from spreading," she says.

"We are also having to rapidly identify who is sick and who is likely to spread the disease and put them on quarantine," she explains. 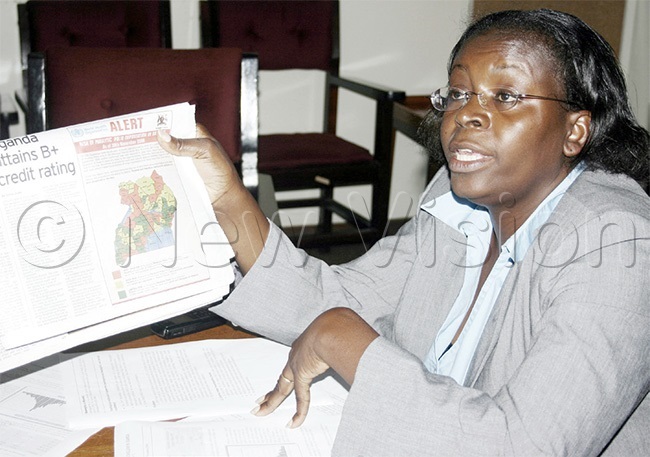 Musenero explaining a disease outreach pattern in the past

Working with the President

"I would feel bad if things went bad, if I could have helped. I greatly appreciate being involved,' she adds.

According to Dr Musenero working with the President is an excellent opportunity.

"It has made me thoroughly think through how we can help; how will we ensure survival. I have to know everything. The President listens attentively, so I have to think through everything and know for a fact what to say that will bring the results we are looking for," she said. 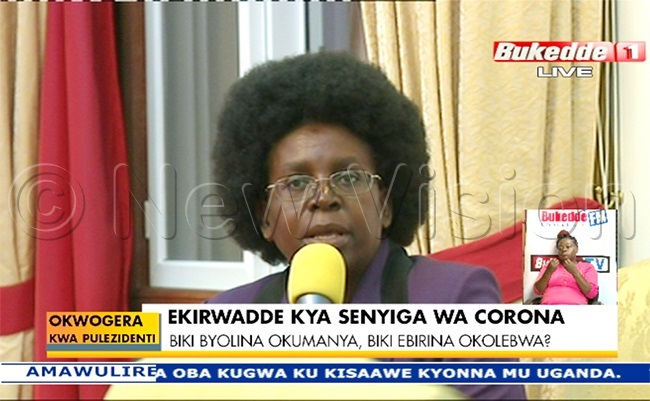 On ending the coronavirus

The solution lies in complying with the Government directive to stay at home, avoid large gatherings, regularly wash hands with soap and water, use hand sanitiser if available, avoiding handshaking and touching body openings including the mouth, nose, and eyes with bare hands because that way, you get the disease.

Also recommended is for people to reduce use of handkerchiefs and adopt disposable tissues, plus adopt a diet, rich in Vitamin A, C and E (lots of fruits and vegetables) in addition to drinking water.

Dr Monica Musenero hails from Petete parish in Petete sub-county, Butebo district (formerly part of Pallisa district). She is married to Michael Masanza and they have three children.

Musenero previously worked at the Ministry of Health as the principal epidemiologist/assistant commissioner for epidemiology.

On family and her work

"I must say my family members go through stress and anxiety, but they live with it. Of course, I worry and they worry, too, that I could take a disease home, given the places I go to and the numerous people I interact with," Dr Musenero says.

However, she discloses that her family also takes it as a privilege to share her with the people of in Uganda when the country is in need.

"They are used to my work. Once there is a pandemic, they know mum will be on the response team and once it is finished, she will be back home. But I am also there for them fully when there are no pandemics," Musenero says.

She discloses that once duty calls, everybody in her home takes different roles to support her.

"My husband ensures he wakes me early so that I can have breakfast before the calls start coming in. My daughter makes sure that I have my helping of salad to boost my immunity, given my area of work," she says.

"When I get home and I am utterly exhausted, they ask me to rest," she adds.

"I think my husband was specially made to marry a woman of pandemics," Musenero says fondly, adding that he is committed to her survival and wellbeing.

But like in any African home, hers is a big extended family.

"We are over 10, including my nieces, relatives and my mother, all living together."

"My family has been under quarantine at home for a while. Because of my work, I knew what was coming and I asked them to self-quarantine," she discloses.

She adds: "My home is out of bounds for now, I have explained to everyone why. My elderly mother, who lives with me, has many guests, but after explaining the situation to her and why she cannot have people visiting, she is taking social distancing seriously."

I am passionate about community transformation. There are schools I support in the rural areas of my home district with the aim of transforming the lives of my people.

I am a Mugwere and we are a relatively small tribe and lack structures to help people.

For that matter, I am a self-appointed leader for them.

I mobilise resources for them. I know if I can educate children in my home area, they have a chance of changing their future, which is threatened by poverty

Dr Monica Musenero is a good epidemiologist. She recently engaged health journalists and gave us a basic understanding of the coronavirus.

She did this before Uganda even registered a case of COVID-19. She wanted to ensure that journalists report facts accurately.

She is very dedicated to her work.

She explained human behaviour during pandemics and she brought the message close to journalists. 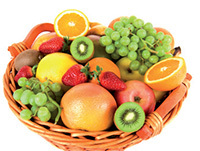 Wash hands with soap and water

Avoid touching body openings, such as mouth and nose

Eat diet rich in vitamin A, C AND E