KAMPALA - President Yoweri Kaguta Museveni has appointed Justice Jane Frances Abodo as the new Director of Public Prosecutions. She replaces Justice Mike Chibita who has since been elevated to the Supreme Court.

When contacted, DPP spokesperson Jacquelyn Okui said, "The Office of the DPP has not yet received any official communication pertaining to the nomination of Justice Abodo.  We have only learnt about the nomination from the media," Okui said. 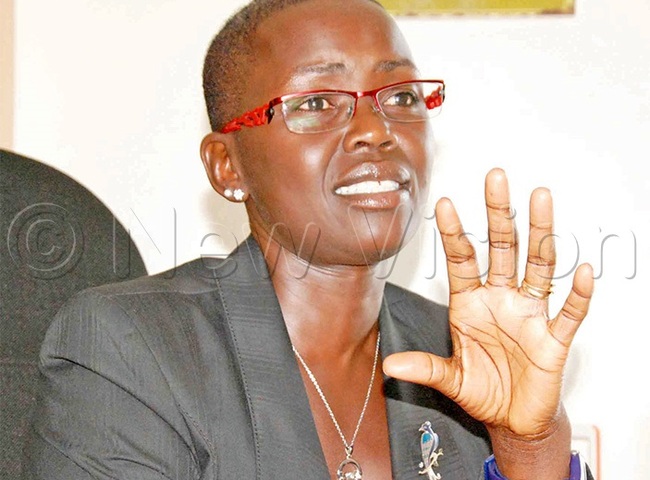 Justice Abodo was appointed High Court Judge on March 23, 2018. She has been attached to the High Court's Criminal Division and she's the Focal-Point Person of Judiciary's Plea Bargain Programme — an initiative used to fight case backlog in criminal cases, as well as decongest prisons.

Prior to joining the bench, she was a state prosecutor specialising in white-collar and cybercrime.

She holds a Master of Laws from Trinity College Dublin (2016).

In 2015, Abodo was recognized by the Uganda Law Society as the best prosecutor of the year. Her office boasted of the highest conviction rates in Uganda.

For eight years she has headed the prosecution arm of the Anti-Corruption Court - as area that has not had integrity issues during her time.

Hailing from one of the most remote regions of Uganda, Abodo is the ninth among 62 siblings.

She handled the murder case of late singer Moses Ssekibogo alias as Mowzey Radio and handed a 14-year jail term to the culprit Godfrey Wamala after finding him guilty of manslaughter.

She also handled the bail application of Businessman Ivan Katongole who was later acquitted of Entebbe Women murder charges. 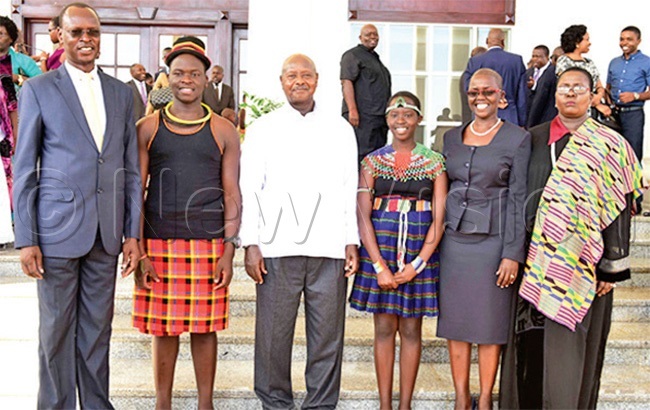 Her journey to the top

When the Anti-Corruption Court in Kololo, Kampala was established in August 2009, the Office of the Director of Public Prosecutions (ODPP) was thrown into a dilemma, about who should head the division as its representative.

Reason? The directorate needs a corruption-free person to champion the fight against corruption. "The directorate of ODPP needs somebody with high integrity, who is incorruptible to manage the sensitive division because the task of heading the Anti-Corruption Court is huge," a source who did not want to be named said.

Several names came up and, eventually, it was agreed that Jane Frances Abodo should be the one to lead the fight against corruption on behalf of the ODPP.

Abodo has set herself apart as intelligent, decorous, incorruptible, polite.

When Abodo was appointed a judge of the High Court in February 2018, Karamoja went into celebrations as she had made history by becoming the first judge in Karamoja region.

One may misconstrue her to be anybody on the Kampala streets. She exudes calmness and collected composure as she strolls from one point to another. However, beyond the person lies a character of hard work, honesty and integrity.

Glancing into her work experience, she presents a woman whose hands have substantially accomplished a lot as the then senior principal attorney.

In 2015, Abodo was voted the best female prosecutor by the Uganda Law Society (ULS) after she successfully prosecuted several cases and got convictions.

While heading the Directorate of Public Prosecutions at the Anti- Corruption Court, for the past eight years, Abodo led a team of state attorneys to prosecute and hold public officials who steal government funds accountable.

She has prosecuted prominent officials, such as former principal accountant in Prime Minister's office Geoffrey Kazinda.

Abodo also prosecuted the pension case of sh88b involving Jimmy Lwamafa, Stephen Kiwanuka Kunsa and Christopher Obey, all former officials of Public Service among others and got a successful conviction.

She successfully prosecuted former Permanent Secretary John Kashaka who was convicted and sentenced to 10 years in jail for causing financial loss of sh4.2b. The money was meant for procuring bicycles for local councillors.

"We cannot eradicate corruption overnight. You have to have the patience to look at the root of corruption, to know the cure you are going to apply," Abodo said.

Due to her busy schedules, Abodo said she leaves home by 5:00am to beat the traffic and is at her desk working by 6:30am.

Sometimes, she works on Saturdays and encourages everyone in her department to match her work ethics. 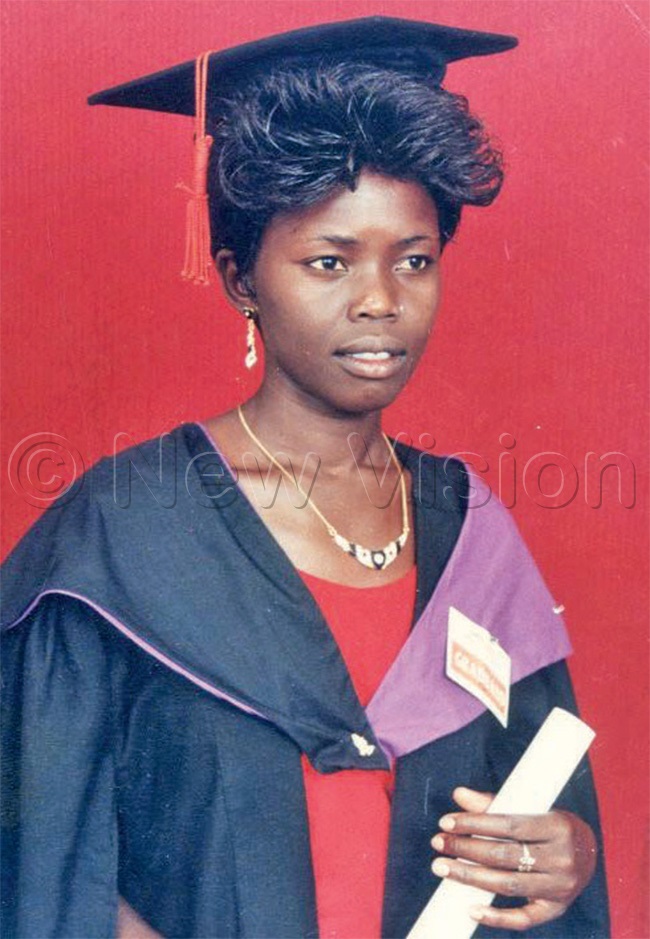 Abodo during her graduation

Before joining the Anti-Corruption Court, Abodo was already an experienced prosecutor, having worked in different capacities as a state attorney at the ODPP and also prosecuted cases and got convictions.

That experience, coupled with her ability to handle high profile cases, continues to radiate in extraordinary ways culminating into her appointment as judge.

When she was appointed judge, Abodo said she could not believe that she is in the position because she was one of only three female lawyers from Karamoja region working in the Ugandan judicial system.

Just a few months before her appointment as a judge, she did not only meet the expectations of clearing case backlog at the Anti-Corruption Court, but also succeeded in prosecuting them successfully.

She had developed a schedule on how to manage difficult cases by bringing on board other state attorneys to brainstorm so as to have a watertight prosecution case.

Abodo has shown progress over the years and has become a shining example of what it means to provide quality service.

Under her leadership, the station grew from a small unit into a department. Under her docket, from only six state attorneys in 2009 to 16 state attorneys and 11 investigators, the directorate had a conviction rate of 100% as of December 2017. "The acquittals come from upcountry cases where the cases are not well investigated," Abodo said.

As luck would have it, she later emerged as the best overall student to join Makerere University.

She was admitted to study library and information science, but, along the way, she changed to bachelors of law. "All my friends were saying your marks are good. Why don't you change the course and study law? I went straight to the academic registrar, Mukwanason Hyuha, and I changed to law," Abodo said.

She says becoming a lawyer was her turning point, having come from a rural school, where there was no career guidance.  "I stumbled on law because I did not think I would one day be a lawyer prosecuting cases on behalf of the State given my educational background. Studying law and joining ODPP was my turning point in my career," Abodo says. 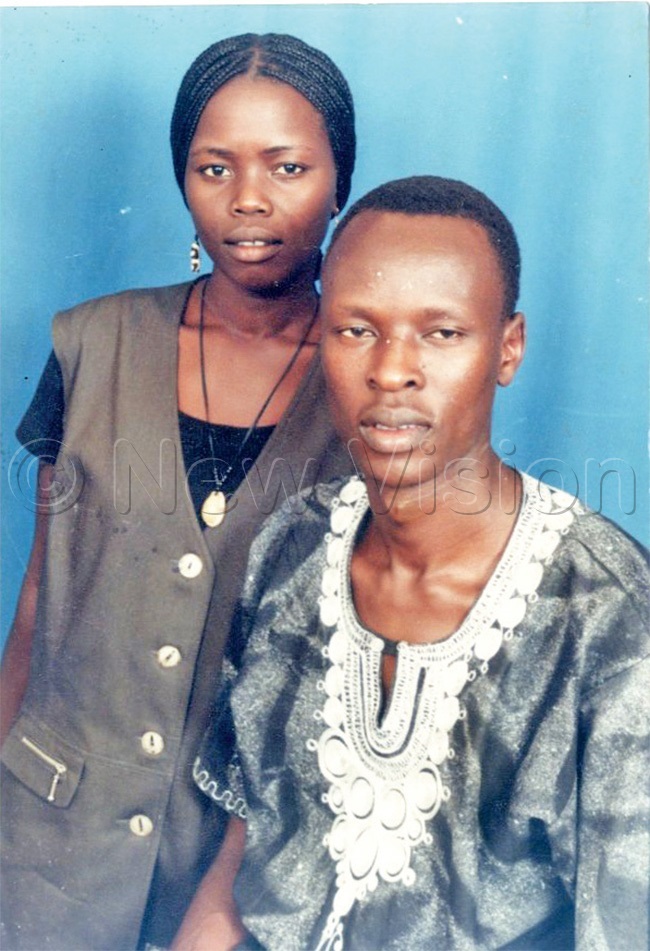 Abodo and husband in their earlier days

She is a passionate individual who is committed to seeing a crime-free society, more importantly, corruption-free Uganda.

As a judge, she contends that she will dispense justice equitably without fear or favour, adding that justice must not only be done but seen to be done.

She is of the view that as a judicial officer, one is required to steer clear of controversy exercising impartiality without fear of favour.

"One day, I would like to look back and say I have made a difference as far as dispensing justice is concerned," Abodo said.

Abodo said once upon a time, state attorneys or prosecutors had a much easier time. All they needed to do was to quickly read through the files and go to court and prosecute cases then they would go home and return the next day and start with another case.

She noted that today, prosecuting white-collar crime has much more to it. This is because of technology, which makes corruption complex.

"The expectations have changed. One has to do a lot of research to ensure that they put all pieces of evidence together and link them to the accused because corruption offences can be committed anywhere. It is a big challenge to prosecution," Abodo said.

To bolster prosecution cases, Abodo advised that state attorneys and investigators need to work together as a team. "It is a difficult job because winning cases comes with a price. Many people think it is just about prosecuting. There are other things that happen, such as interviewing witnesses and getting a clearer view of the cases and reading the files beforehand, "Abodo said.

It is a tough job for a woman. To be successful, Abodo advised that women should remember to work hard and believe in themselves.

"Never underrate yourself and do not allow people to discourage you. Work hard to achieve your dreams because there is no shortcut to success and, above all, involve God in everything you do," Abodo said.

She added that while women expect to work to achieve their dreams, they should set aside time to spend with family. Abodo added: "Being a woman in a male-dominated industry can be challenging, but your talent, skills and knowledge will take you wherever you wish to go if you follow the tips. 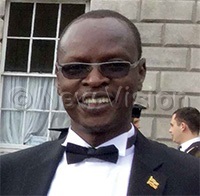 I support my wife

Achia Remigio Achia, Pian Constituency MP (Abodo's husband): I support her in work because both of us are almost involved in similar work.

I used to be on the parliamentary legal committee and I would consult her about legal issues.

I give her whatever she needs to avoid being tempted by corrupt tendencies.

Even, as the chairperson of the Board of Trustees of Parliamentary pension, I consulted her. She likes to do the right thing at the right time and she is passionate about her work.

At home, she is my best cook. She knows how to prepare my favourite dish — posho and meat.

She is a team player

I have observed Abodo from the time she was a resident state attorney at Mukono, Makindye and Nakawa Chief Magistrate's Court until she went to head the Anti- Corruption Court on behalf of the ODPP.

She never does anything without consulting her colleagues, even if the decision she is taking is within her power.

She a team leader who leads by example.

By 7:00am she is already at her desk. She also gets interested in the personal matters of others, especially what affects their work.

She extends spirit of hard to other attorneys - Khaukha

I know Abodo as a seasoned prosecutor dedicated to her work at the ODPP.

When she sets out to prosecute a case, she will give it her best and ensure that she has done an adequate job.

She has not prosecuted some of the cases single-handedly, but she has extended the spirit of her hard work to other state attorneys.

It is not a surprise to find state attorneys at her department working on Saturday.

This is attributed to her infectious hard work.

Laura Alli, the secretary at (ODPP): Abodo is flexible and willing to help her colleagues, whether in her area or not.

She keeps her personal life to herself. One would never know if she has had a bad day outside of work, she has a smile for everyone.

She is a hardworking lawyer who has made it to the top. How many female Karimojong lawyers are at the top? I admire her.

She has prosecuted many high profile cases, the majority of them ending in convictions.

She is a good administrator and has a unique laugh.