Life in locked-down Britain may not return to normal for six months or longer as it battles the coronavirus outbreak.

Life in locked-down Britain may not return to normal for six months or longer as it battles the coronavirus outbreak.

Life in locked-down Britain may not return to normal for six months or longer as it battles the coronavirus outbreak, a top health official warned on Sunday, as the death toll reached passed 1,200.

Deputy chief medical officer Jenny Harries said it would take two or three weeks to assess the impact of the current rules for people to stay at home wherever possible to limit the spread of COVID-19.

"If we are successful, we will have squashed the top of that (infection) curve, which is brilliant," she told the government's daily news conference.

"But we must not then suddenly revert to our normal way of living that would be quite dangerous. If we stop then, all of our efforts would be wasted and we could potentially see a second peak."

She said measures to contain the virus would be reviewed every three weeks, "probably over the next six months" or even longer but stressed that did not necessarily mean a full lockdown for that long.

"Gradually we will be able to hopefully adjust some of the social distancing measures and gradually get us all back to normal," Harries said.

Britain has been on lockdown for a week, with non-essential shops and services closed and people told to stay at home except for daily exercise, to get groceries or help vulnerable people.

The measure was introduced amid fears the virus was spreading more rapidly than expected.

New figures on Sunday revealed that 1,228 people with coronavirus have now died in Britain an increase of 209 on the previous 24 hours.

Prime Minister Boris Johnson is among more than 19,500 people who have tested positive for COVID-19.

He is currently holed up in his flat above his Downing Street office, but officials say he has mild symptoms and remains "fully in charge". 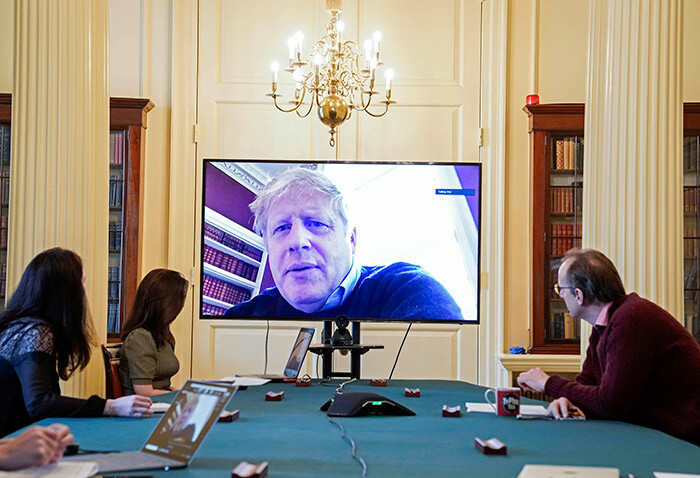 Professor Neil Ferguson of Imperial College London, one of the epidemiologists advising the government, told the Sunday Times he believed the lockdown could last until "the end of May, maybe even early June".

In a video posted on his Twitter account, Johnson thanked health workers, pharmacists and shop workers still working during the shutdown and the 20,000 doctors and nurses who had returned to work during the crisis.

Thanks to everyone who has been staying at home.

By delaying the spread of the disease we can reduce the pressure on our NHS, and that's how we hope to save many thousands of lives.#StayHomeSaveLives pic.twitter.com/kxdqItMYSE

Another 750,000 had stepped forward to volunteer to do other work in the fight to contain the virus, he said.

"By delaying the spread of the disease we can reduce the pressure on our NHS (National Health Service), and that's how we hope to save many thousands of lives," he tweeted.

In a leaflet being sent to more than 30 million British households in the coming days, Johnson warns that "things will get worse before they get better".

"The more we all follow the rules, the fewer lives will be lost and the sooner life can return to normal," the prime minister wrote.

But he added: "We will not hesitate to go further if that is what the scientific and medical advice tells us we must do."

Harries also warned that the death toll would continue to rise until the lockdown started to have an effect.

"We actually anticipate that our numbers will get worse over the next week, possibly two," she said, but should then fall.

A top ear, nose and throat surgeon was on Sunday named as one of the victims of coronavirus.

Amged El-Hawrani, 55, died in hospital in Leicester in central England. His family said he was a "loving and much-loved husband, son, father, brother and friend".

Separately, senior government minister Michael Gove accused China, where coronavirus first emerged, of failing to alert the world as to its severity.

"Some of the (early) reporting from China was not clear about the scale, the nature, the infectiousness of this," he told BBC television.