He beat a lockdown deadline using a private jet

"I was thinking, 'This isn't very safe.' Not many masks on, and there was definitely a panic in the air."

American football star Aaron Rodgers had to leave Peru before being locked in. (AFP)

"I was thinking, 'This isn't very safe.' Not many masks on, and there was definitely a panic in the air."

Green Bay Packers quarterback Aaron Rodgers used a private jet to escape Peru with just 15 minutes to spare before the airport was locked down due to the coronavirus pandemic.

Rodgers on Friday described scenes of panic and fear as he recounted his hasty exit along with three others from the South American country.

"It was absolute pendemonium at the airport," Rogers told the Pat McAfee podcast show.

Rodgers said the main reason they got out in time was because they had a private plane.

"When we rolled up to the airport at like seven in the morning, it was wall-to-wall people and you couldn't move," Rodgers said.

"I was thinking, 'This isn't very safe.' Not many masks on, and there was definitely a panic in the air.

"But somehow we made it down and then they shut the airport down because it was really bad weather.

"They had a drop-dead time where they were going to shut the entire airport down. We made it by about 15 minutes." 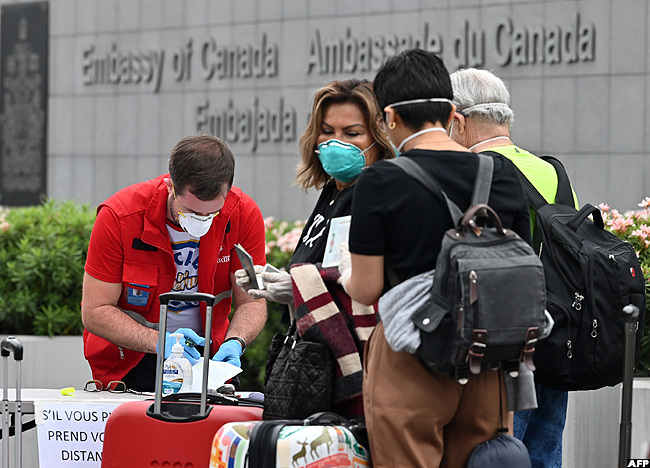 On Thursday in Peru's capital Lima, Canadian citizens queued outside their consulate to check in to board buses to take them to the Jorge Chavez International airport in Callao to be repatriated due to coronavirus lockdown

Rodgers likened the March 18 experience to a Hollywood movie.

"That was quite the ordeal," Rodgers said. "Have you seen the movie 'Argo'? You have? The scene at the end where they're racing to the airport.

"Nobody was chasing us, thankfully, or holding us. We didn't have to speak Farsi to get back into the country, but there was some moments where we worried we were not going to get out."

The US State Department says it has repatriated more than 9,000 stranded Americans from 28 countries after many closed their borders to stem the spread of COVID-19.

But it is believed that some 50,000 Americans are still stranded abroad, including in places like Peru. 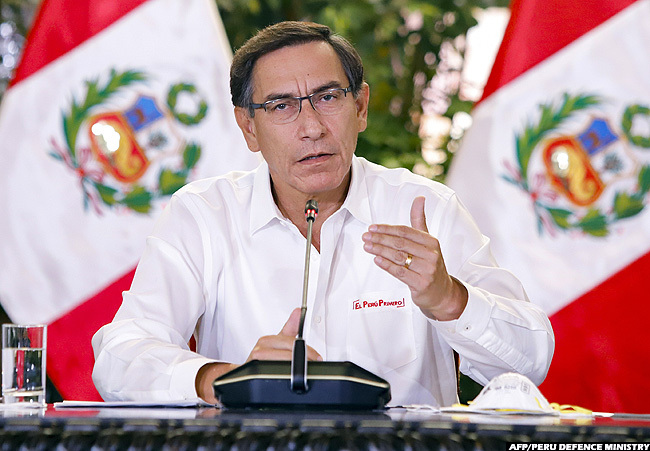 Rodgers, who lives in Malibu, California, said he and his girlfriend, former racecar driver Danica Patrick, are both safe and healthy. None of his Peru travelling companions have the coronavirus either.

Now that he is back in the United States, Rodgers has a different set of circumstances to worry about such as a health care system crumbling under the weight of the epidemic, widespread closures and self isolating.

But he did stumble upon a stash of in-demand toilet paper at a his local grocery store on Thursday.

"I bought a six-pack and that was a good day," he said.

While you went to school, I made children

Heart matters: We are single moms and not looking for marriage

Where did the men go?