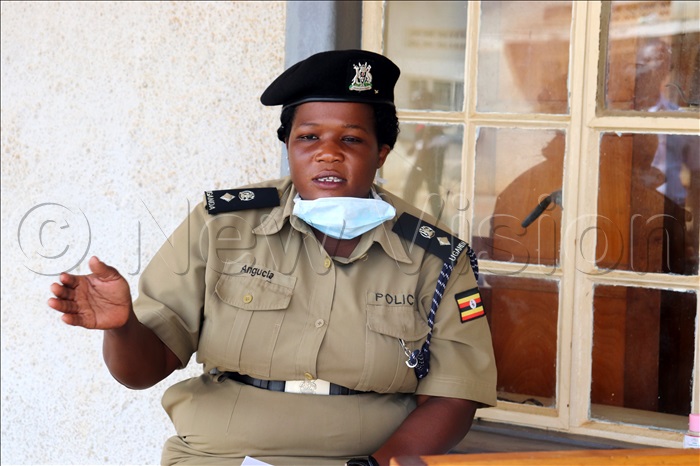 Josephine Angucia, the Police Spokesperson for West Nile warned social media alarmists who are creating fears in the public. Photo By Robert Ariaka

The Police in the West Nile region have come out to apologize to Ugandans for using excessive force by beating people in the move of implementing the Presidential directive on measures to contain Coronavirus.

Addressing the media on Friday at the Police regional headquarters in Arua, Christopher Barugahare, the Regional Police Commander West Nile region said, that could be an error and lack of proper briefing on the operations.

"All shops are to operate and open except those that are selling nonfood items in the markets," Barugahare said.

Challenges faced in implementation
Making emphasis on the implementation of the Presidential directive, Barugahare said, the Police and army are facing numerous challenges of defiance from members of the public.

He identified the immediate challenges of traders who still hike prices and public failing to report such traders but complain silently. He said it is normal business as usual and warned any trader who takes advantage of Coronavirus to hike prices to stop.

"We have already arrested some traders who hike prices and warned others, the public should provide information on those who still defy the Presidential directive and hike prices, we shall arrest them," Barugahare said. 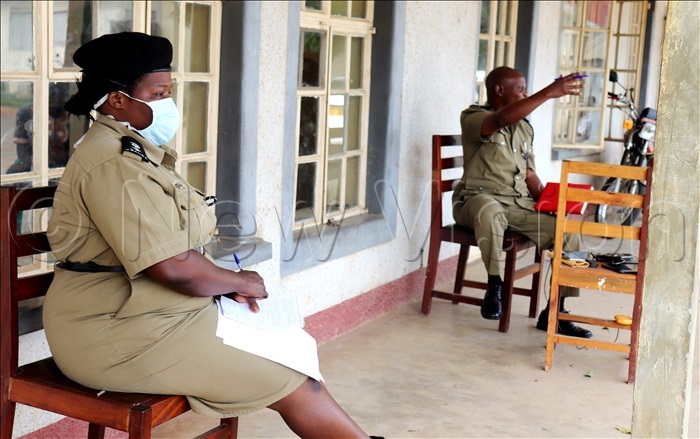 The RPC said Police officers and other security operatives conducting the enforcement lack protective gear during the operations exposing them to the risk of contracting the virus.

He warned vendors to stop street vending; avoid selling in open markets in the villages. According to Barugahare, the local leaders are not helping the police and the army in the implementation of the presidential directive.

He said many politicians including the LC1's have kept silent due to fear of losing votes even when they see people defying the Presidential directives.

"We shall put tyre cutters on the road for the defiant motorists who continue to defy the directives by carrying passengers" Barugahare warned.

He appealed to members of the public to report people who hike prices and lead police to such shops to make arrests.

On Thursday night, police arrested a handful of corporate drunkards and the owner of a bar who were drinking inside the bar and locked themselves. They were detained at Arua CPS and later released after thorough warning.

DMC motor vehicles.
Barugahare said much as Police is conducting operations for the COVID19, they will also continue with operations to crackdown on vehicles and motorcycles in dangerous mechanical conditions.

"Police is not going to suspend enforcement of the laws, those who commit a crime will be arrested and detained for losing their liberty" Barugahare said.

If it is a minor offence, the suspects will be cautioned and released. The Police are also working with the office of the Police Professional Standards Unit PSU to handle officers who commit offences inline of duty.

"Such officer who commits crimes on duty will be investigated by PSU and tried," Barugahare said.

He alluded to the challenge of inadequate manpower to manage the enforcement based on the widespread areas that need to be controlled.

Josephine Angucia, the Police Spokesperson for West Nile warned social media alarmists who are creating fears in the public by posting wrong information on Coronavirus.

She advised Ugandans to swallow their pride, come out of the comfort zones and abide by the directives to contain the spread of the COVID 19 pandemic.

Uganda registered four more news cases of COVID19 adding the number to 18 patients who have tested positive to the virus.