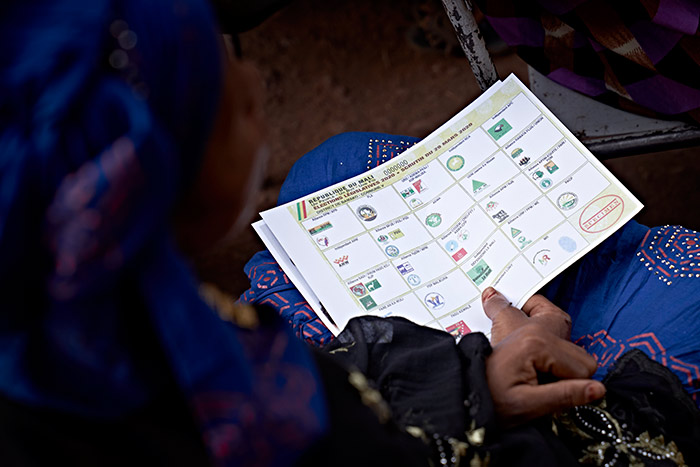 Malians vote Sunday in a long-delayed parliamentary election, despite a raging jihadist conflict, the recent kidnap of a leading opposition politician and the coronavirus pandemic.

Experts see the vote as a key step towards leading the West African state out of its spiral of violence and closer to a political solution to stop the bloodshed.

The parliamentary election has been delayed several times since 2018, mostly over security concerns.

But Mali's government says the poll will go ahead on Sunday, even as the novel coronavirus has added to the country's chronic security problems.

Authorities this week recorded Mali's first coronavirus cases, and afterwards announced measures including a night-time curfew to stop its spread.

In a first for Mali, unidentified gunmen kidnapped leading opposition figure Soumaila Cisse on Wednesday in the volatile centre of the country, killing his bodyguard in the process.

In a televised address made before Cisse was reported missing, Malian President Ibrahim Boubacar Keita said the election would go ahead "in scrupulous respect of protective measures", referring to the health crisis.

The government decided to continue with the election after consulting with the heads of political parties, who argued in favour of maintaining the scheduled date.

Candidates for the 147-seat National Assembly can campaign until Friday, although their efforts are hamstrung by an anti-coronavirus measure banning gatherings of over 50 people.

Even despite the measure, and the political posters that dot the capital Bamako, there has been little visible enthusiasm for the election in the city. 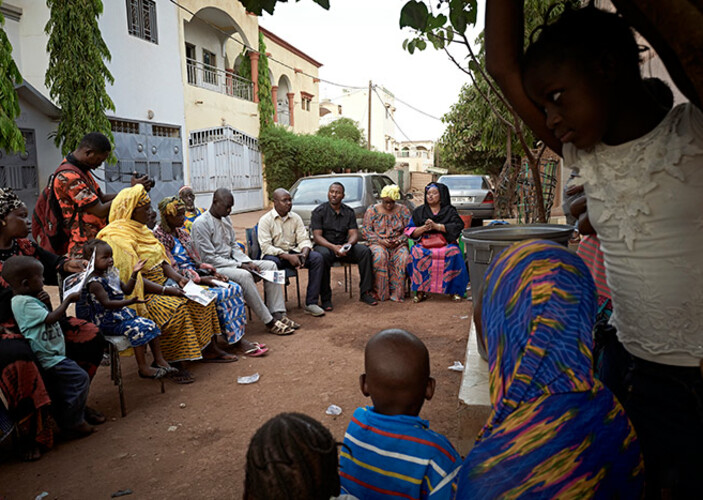 The candidate and researcher Amadou Kone (C) is seen in a meeting during the campaign for the parliamentary elections in Bamako, Mali, on March 23, 2020. Although two positive COVID-19 coronavirus cases have been reported in the country, Malian president Ibrahim Boubacar Keita announced that the elections will be ordinarily held on March 28, 2020. MICHELE CATTANI / AFP

Yet stakes are high. Mali has been struggling to contain an Islamist insurgency that erupted in the north in 2012, and which has claimed thousands of military and civilian lives.

Despite the presence of thousands of French and UN troops, the conflict has since engulfed central Mali and spread to neighbouring Burkina Faso and Niger.

Holding the election was a key recommendation from crisis talks in December, which aimed at exploring non-military solutions to the country's worsening violence.

The hope is that a new crop of MPs will adopt reforms agreed in a peace deal brokered between the Bamako government and several armed groups in Algiers in 2015.

Among other things, the pact provides for decentralising governance in Mali, one of the demands of some rebel groups. But implementing the deal has stalled for years.

Mali's current MPs were elected in 2013, in a ballot won by Keita's Rally for Mali party.

Another vote was meant to take place following Keita's re-election in 2018, but it was delayed several times because of a strike by judges and insecurity.

"The situation is politically untenable," said Ibrahim Maiga, a researcher at the Institute for Security Studies think tank in Bamako.

He said there would be little progress in implementing the Algiers pact without an election, explaining that many perceive the parliament as no longer reflecting Mali's current political situation.

But there are questions about the feasibility of holding the vote on Sunday, as militant attacks are a daily occurrence in many parts of the country.

"Some polling stations will certainly not open," said an MP in jihadist-ridden central Mali, who declined to be named.

Brema Ely Dicko, a sociologist at a Bamako university, said insecurity was previously used as a reason to postpone the parliamentary poll.

"Today, the situation is worse," he said.

Maiga also said that holding the election on Sunday was "strikingly out of step" with current security and health worries.

But he said he thought money was the reason behind sticking to the date.

Maiga said most campaign money was spent during candidates' initial weeks of electioneering, and postponing the election would mean a financial loss.

"This financial dimension is important... one can understand their reaction," he said, referring to the request from political parties to maintain the vote.

After Sunday, a second round of voting is due on April 19.