Dealing with Coronavirus: how can we learn...
Next Story

A man wearing a protective face mask cycles across Westminster Bridge, with the Houses of Parliament behind in central London on March 21, 2020, a day after the British government said it would help cover the wages of people hit by the coronavirus outbreak as it tightened restrictions to curb the spread of the disease. DANIEL LEAL-OLIVAS / AFP

The British parliament is expected to close on Wednesday because of the coronavirus outbreak, with MPs sent home a week early for their Easter break.

The government has put forward a motion for the House of Commons, the lower elected chamber, to shut at the end of Wednesday's proceedings until April 21. 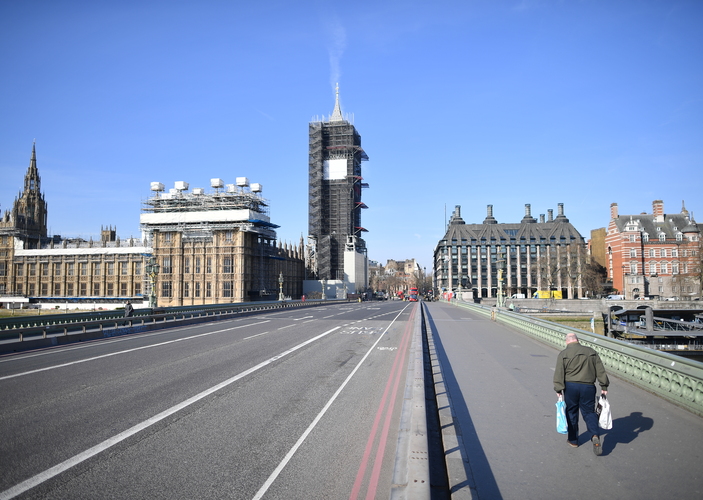 A picture shows the Houses of Parliament (L) at the end of an empty Westminster Bridge with one pedestrian on the pavement in central London in the morning on March 24, 2020 after Britain ordered a lockdown to slow the spread of the novel coronavirus. Britain was under lockdown March 24, its population joining around 1.7 billion people around the globe ordered to stay indoors to curb the "accelerating" spread of the coronavirus.

Housing Secretary Robert Jenrick told the BBC it was a "sensible" decision given the nationwide shut down of non-essential shops and services and the government order for people to stay at home. 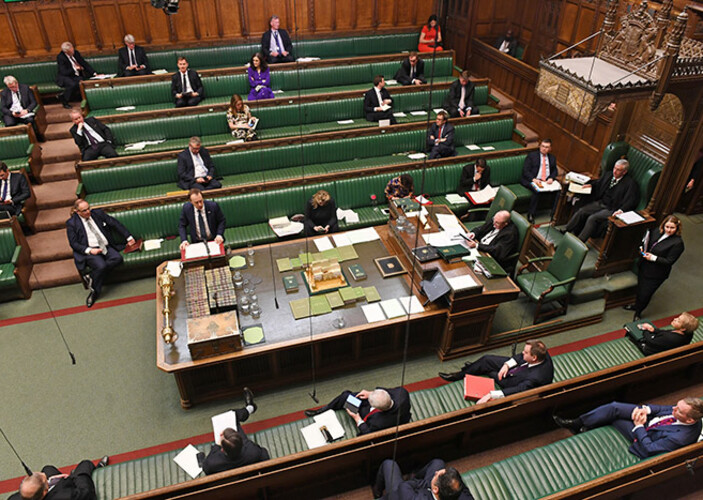 A handout photograph released by the UK Parliament shows Britain's Health Secretary Matt Hancock standing at the dispatch box and speaking during the Coronavirus Bill debate to socially distanced MPs in the House of Commons in London on March 23, 2020. Health Secretary Matt Hancock said on Monday that some people's behaviour was "very selfish", warning they must keep two metres apart. MPs on Monday debate proposed emergency legislation to give police and immigration officers increased powers to force people to isolate themselves. JESSICA TAYLOR / UK PARLIAMENT / AFP

But he said he was "certain that parliament will return after the Easter holidays", saying it was important for lawmakers to scrutinise the government.

Emergency legislation giving the government powers to force people into isolation has been pushed through parliament this week and is expected to become law on Wednesday.

Before MPs head home, Prime Minister Boris Johnson will have his final head-to-head in the Commons against opposition Labour leader Jeremy Corbyn, before the latter steps down.

A new Labour leader will be announced on April 4, with Brexit spokesman Keir Starmer the favourite to take over.