A photographer wearing a bib for the Tokyo 2020 Summer Olympic Games attends a press conference by Tokyo 2020 president Yoshiro Mori (L) and chief executive officer of the Tokyo 2020 Olympics Toshiro Muto in Tokyo on Tuesday. (AFP)

Olympic chiefs on Tuesday postponed the 2020 Tokyo Games until next year, a historic move to push back the world's biggest sporting event due to the coronavirus pandemic that is upending global society.

The dramatic step is the first time the Olympics has been postponed in peacetime and comes as a devastating blow to the city of Tokyo and the Olympic movement. 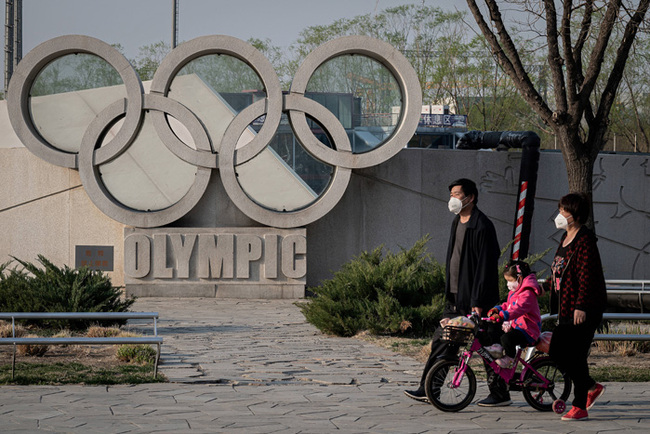 The decision came after a telephone call between International Olympic Committee president Thomas Bach and Japanese Prime Minister Shinzo Abe who said the Games, initially scheduled to start on July 24 this year, will now take place "not later than summer 2021".

Abe said Bach was in "100 percent agreement" when Japan asked the IOC to delay the Games, a decision welcomed with widespread relief from athletes, sports federations and officials.

In a joint statement, Bach and Abe said that based on current World Health Organization information, the Tokyo Games "must be rescheduled to a date beyond 2020 but not later than summer 2021, to safeguard the health of the athletes, everybody involved in the Olympic Games and the international community".

They said the Tokyo Games "could stand as a beacon of hope to the world during these troubled times and that the Olympic flame could become the light at the end of the tunnel in which the world finds itself at present.

The Olympics, which has experienced boycotts, terrorist attacks and protests, but has been held every four years since 1948, is the highest-profile event affected by the virus that originated in the Chinese city of Wuhan and has gone on to kill thousands and force the postponement or cancellation of sports competitions worldwide.

Bach said the decision to postpone was "about protecting human life", with 11,091 athletes expected at the Games along with 90,000 volunteers, and hundreds of thousands of officials and spectators. 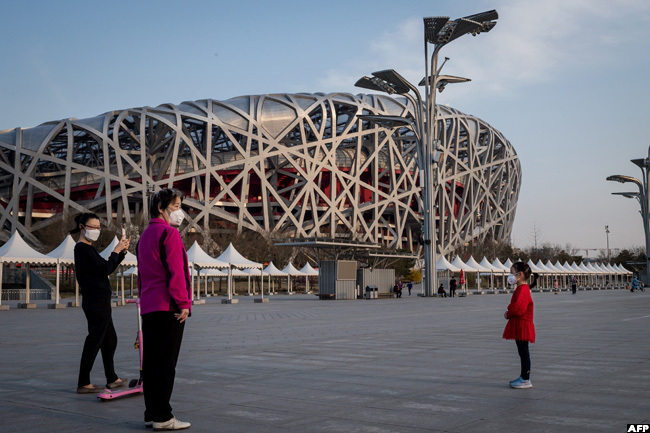 People wearing facemasks outside the national 'Birds Nest' stadium (back), the site of the 2008 Beijing Olympics

Squeezing in the 16-day Games into what will already be a hugely crowded 2021 calendar is another major headache, with the two biggest Olympic sports, athletics and swimming, due to hold their world championships that summer.

However, World Athletics has already said it is prepared to shift its world championships, scheduled for August 6-15 next year in Eugene, Oregon, to accommodate a rescheduled Games.

"World Athletics welcomes the decision of the IOC and the Japanese Government to postpone the Tokyo 2020 Olympic Games to 2021," track and field's global governing body said.

"It is what athletes want and we believe this decision will give all athletes, technical officials and volunteers some respite and certainty in these unprecedented and uncertain times."

Swimming's international federation, FINA, said it would also work with local organisers "in order to determine flexibility" for their scheduled July 16-August 1, 2021 world championships in the Japanese city of Fukuoka.

Football's governing body FIFA welcomed the postponement and said  it "firmly believes that the health and well-being of all individuals involved in sporting activities should always be the highest priority". 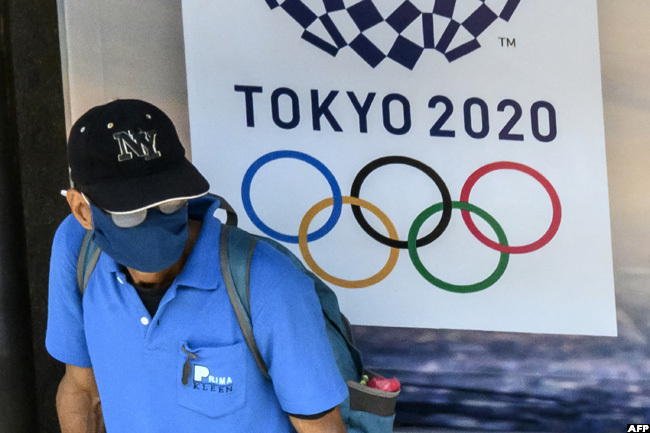 The coronavirus lockdown has shut down competitions, including Olympic qualifiers

The decision to postpone will be a blow for the city of Tokyo, which had won widespread praise for its organisation, with venues finished well ahead of time and tickets massively oversubscribed.

British Olympic Association chairman Hugh Robertson said it was "heartbreaking news for our many friends in Japan who have done superbly well to prepare for what I know will be an outstanding Games".

"However, the IOC had no option under the present circumstances but to reach the decision they did."

The IOC had faced growing calls to postpone the Games, with 1.7 billion people across the planet in lockdown to prevent the further spread of COVID-19.

Training has become impossible for many athletes and exposes them to the risk of contracting or spreading the disease. Competitions and qualifying events have been scrapped, while international travel is severely limited.

On Sunday, the IOC had initially given itself a deadline of four weeks to come up with a proposal to postpone the Games, a Herculean task that touches on every aspect of Tokyo 2020 planning from venues to security to ticketing.

But after Canada and Australia withdrew their teams and the powerful US Olympic Committee and World Athletics also joined the chorus calling for a postponement, the writing was on the wall.

Tokyo was spending some $12.6 billion to host the Games, according to its latest budget, and experts believe a postponement could cost it some $6 billion in the short-term before recouping it when they eventually go ahead.