Postponing the Olympic Games: it's complic...
Next Story

The highly anticipated edition of the Global Goals World Cup East Africa was held early this month. Fans, participants, sponsors were left with several impressions. But what was the view of the host of this year's tournament - Mariam Mpaata? She had an exclusive interview with New Vision.

(GGWCup East Africa 2020: Women get sporty on their day) 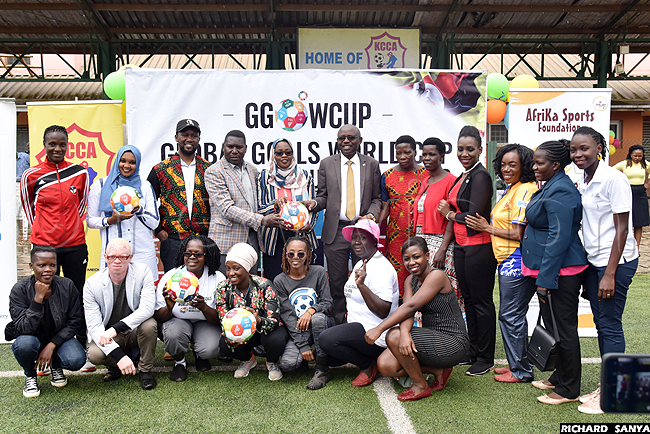 
On a scale of one to ten, how would you rank the Ugandan edition and why?

I give it an eight because for one, we hosted it on Women's Day, which gave us the opportunity to celebrate ordinary women doing extraordinary things in their own little ways. The other magical reason is that the team registration was overwhelming - having 34 teams was a record within the Global Goals World Cup history. Uganda's enthusiasm and passion for football was evident because of this.

It is also important to note that the team of volunteers that came out to support the initiative was an outstanding aspect. Volunteering is the spirit of sports events without which much cannot be accomplished. Of course being able to see women from all walks of life play together was truly astonishing. We cannot underestimate the power of unity at a time like this when the new coronavirus is threatening our existence. We need such memories to remind us of the great things we can accomplish together to make the world a better place. 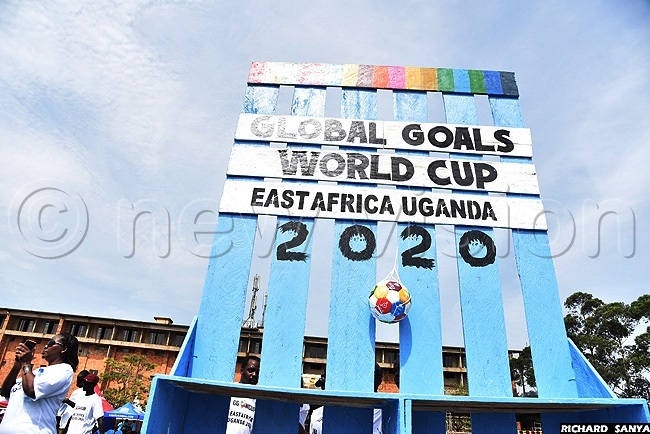 What stood out for you?

I remember the very first day I first talked to them about joining the event, how resistant they were. They  insisted that they would never do that because the young girls and women might injure them during the tournament. But it was amazing that after having two meetings with them and explaining what the Global Goals World Cup was all about, they agreed to register their team. They practised twice a week, sometimes I would visit them and find them practising on a full pitch.

It took some time to make them fully understand that the tournament would be different from the usual football. Their coach re-adjusted their training sessions to a smaller pitch and that was when the fun kicked in. Seeing them on the pitch that day with all the vigour was truly incredible. They brought alot of hope and magic. I think everyone loved them too. They reminded us that one is never too old to try out new adventures and be part of a bigger cause. 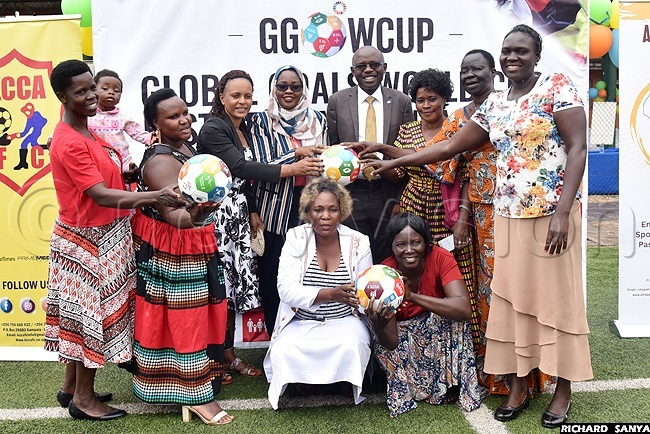 What were the biggest challenges?

Initially, the biggest challenge was introducing a new way of playing football to the teams and stakeholders. The Global Goals World Cup is an amateur tournament for women and girls above 18 to play for sustainable development goals. The five-a-side tournament is played using a four-point system which rewards points for action for the goal picked, creativity for the outfit, crowd pulling and of course the football score.

It was both exciting and challenging having to introduce this to people who are used to the competitive nature of football. However it was absolutely magical that most teams grasped the idea and enjoyed the day. The colours and themes of the day were a testimony of this. 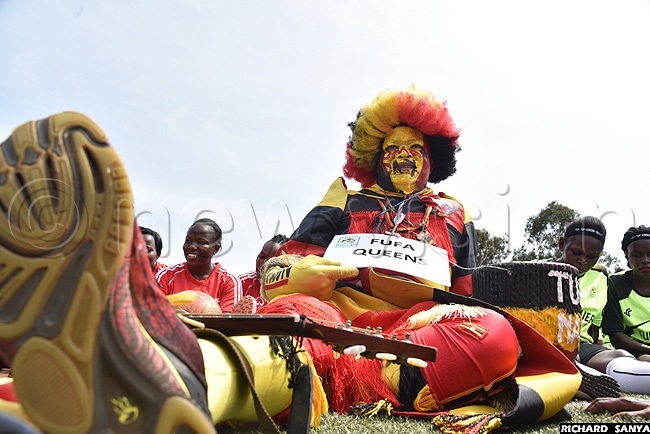 Lugogo was a collection of colour and creativity

The other challenge was insufficient funding because a tournament of this nature requires massive support. However, it became a reality because of partners like UNDP Uganda, FUFA, Uganda Tourism Board, Coca-Cola, National Council of Sports, KCCA Football Club, Uganda Olympics Committee, Centenary Bank, Finca Uganda and of course media support from New Vision and other media platforms made this event a success. We anticipate more support as we embark on an annual event strategy because our capacity to host an even bigger event is possible. 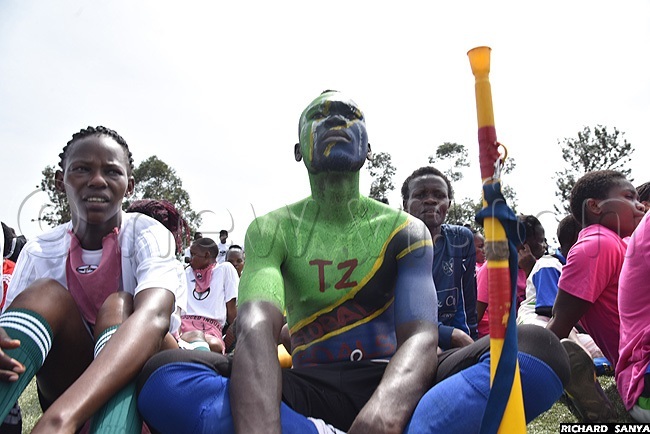 Tanzania was represented in Kampala

What were the major lessons learned?

One major lesson learnt is that information can indeed be disseminated using all tools because there is a lot of hunger for information out there. Using sports and football in this matter to deliver vital messages is a lesson we can all embrace. Imagine uniting 34 teams from diverse corners of the region, some of whom were playing football for the first time and being able to start conversations and actions about the Sustainable Development Goals!

It is also critical at this time that we spread the message that we can all find different ways to make the world better. It is not always about what others can do for you but what you can do for yourself, your community and your country at large. I greatly believe this is a key lesson to take away. 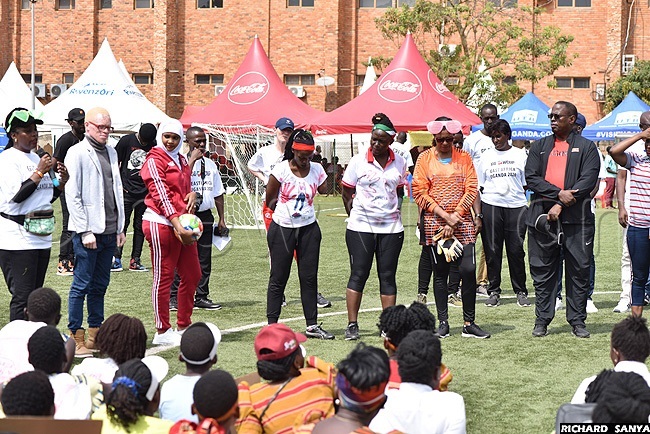 What's next for the event in the wake of the current global pandemic?

It is a challenging time for everyone. Many people have been thrown into dismay and confusion. Sports being physical and mostly an outdoor activity, we are constrained inside our homes. It, however, also means that we have to think of how to keep hope alive using technology.

The founder of Global Goals World Cup, Majken Gilmartin, and her team are working on a virtual Global Goals ClubHouse, where hosts and teams all over the world can meet and share experiences as we try to get through this pandemic. It also gives us time to plan for the next editions and think of any new strategies we can use to make the coming editions even better. I know together we shall overcome this crisis. As human beings, we have created a lot of amazing things together over the years and I believe that together we can overcome this too.

My heart goes out to those who have lost their loved ones. It is sad in that way. 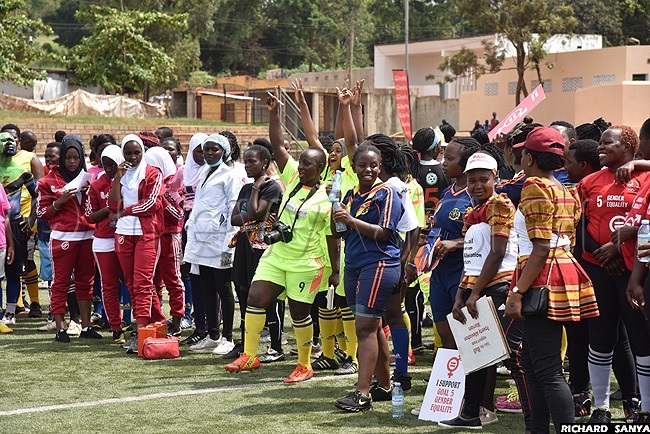 What did you make of the public response to the event?

From the response we have received, a comeback is paramount. According to the people we have engaged, it was a fresh breath of air, and despite the fact that it came at a time when we have been hit by this coronavirus, people who attended the event are still full of praise about how much fun they had.

Next year, we shall see more people attending the event and registering more teams. People genuinely want new and exciting ideas that can bring unity and change. As a sports activist, such feedback gives me encouragement that our efforts are not in vain. It is a great feeling to have been able to deliver on such expectations in Uganda. 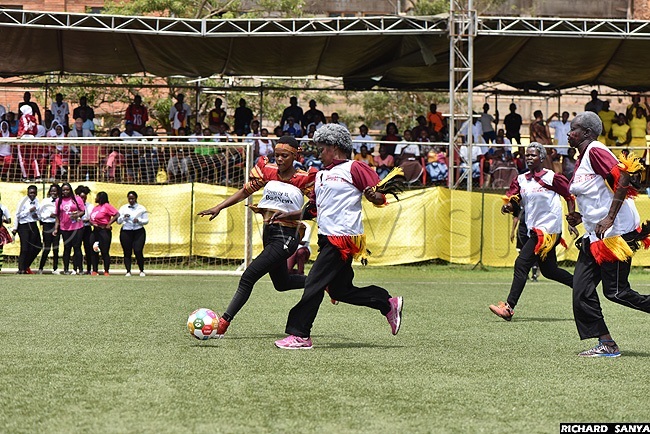 Was the event organised well enough to warrant a return at earliest opportunity?

Oh yes! The organization of the event was classic. Being able to collaborate with the great key stakeholders gave us as Afrika Sports Foundation Centre together with EIR a great launching pad here in Uganda. EIR are the founding organisation that spearhead the tournaments all over the world. They have hosted several editions in partnership with UNDP and other partners. Entrusting us with hosting the Ugandan edition meant we must deliver a world-class event - it was big shoes to fill. But I am forever grateful  to everyone who supported this and to God who gave us the wisdom and courage to put this event together.

In the beginning, the plan was to rotate the Global Goals World Cup throughout the different East African countries but because of the enthusiasm and good organising skills, the plan has changed. Each country will host its own edition during different months of the year. This will give any team the chance to attend any of the editions in the country of their choice. This means Uganda will still host the tournament next year in March, while Kenya will probably host it mid-next year and others will follow suit. 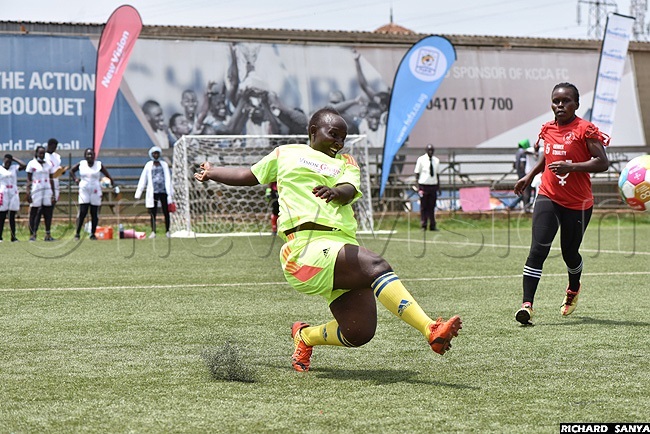 Did you have a favorite team?

I was wowed by every team that understood the objective of the tournament. Seeing them in colourful outfits blew my mind away. During the tournament, my mind was all over the place ensuring that everything was going according to plan and somehow, I couldn't keep up with all the 34 teams. But my magical moment happened when I sat down to watch the final match between between Abigail's Grandmaz and Hearts-Vision.

That match was mindblowing. In that moment, it dawned on me that these two teams had captured the true essence of the tournament. They had defied all odds to reach the finals. Hearts-Vision, who eventually won the tournament, were playing for quality education.  The community organisation supports Ugandan street children with scholarships, taking them off the streets and giving them a second chance in life. Their outfits equally stole the show. They wore a school uniform-like outfit, carried school bags and had giant pencils that crowned it all. They had more points all the way. Surprisingly, the grandmas were trailing right behind them and at the end the pencils aged the grannies out by one extra point.

That was incredible grand finale. They both deserved their positions. 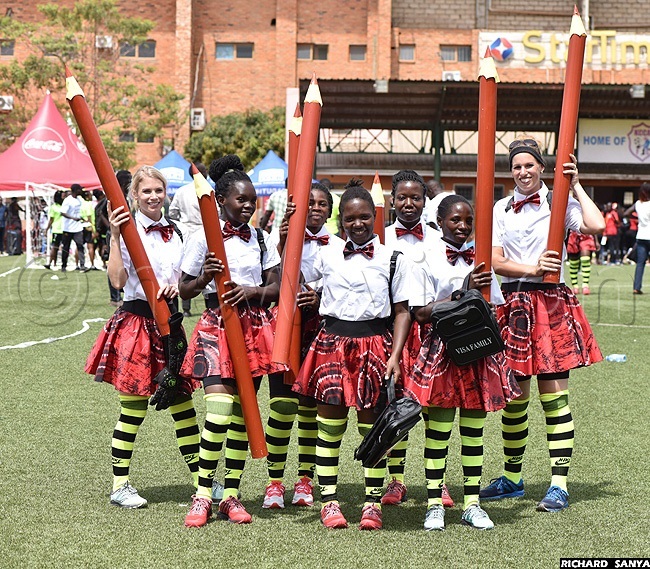 Team Hearts-Vision were the ultimate winners. They will represent East Africa at the Global Goals Finals in New York, USA

GGWCup East Africa 2020: Women get sporty on their day