Uganda Woodball Federation president Mark Kayongo has asked the government to support the federation in the establishment of a standard woodball course.

Kayongo was making his presentation to the minister of state for sports Hamson Obua during his visit to the woodball offices in Mengo on Friday. The minister was on his routine visit to the different federation offices as part of his familiarisation tour.

It's in this regard that he asked the minister for support in the implementation of the projections.

"We appeal to the government to support in the establishment of a standard woodball court, to support primary and secondary schools in acquiring equipment that they can use to play woodball because most cannot afford," Kayongo said.

"We also require support to team Uganda to compete at the 9th Woodball World Cup in Malaysia and support towards the establishment of a woodball factory. The Chinese government donated equipment that we need is support in the construction of a factory that will supply for the local and African market," Kayongo stated. 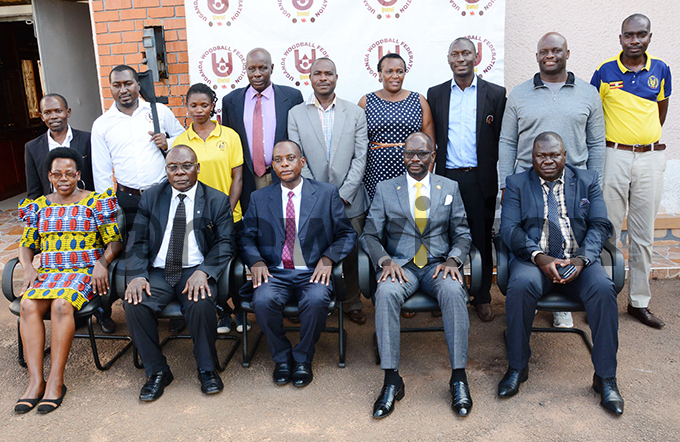 "We have several development projects in sports which have been supported by the Chinese and they will in future be involved in the construction of the Akii Bua and Buhinga stadiums. We hope we can also interest them with the woodball facility," Obua said.

He said they were still knocking at doors to ensure the sports sub sector gets more funding so that the different sports.

"You should have a moment of deep thinking beyond government funding because the funding that we desire is still being awaited," NCS General Secretary Patrick Ogwel who accompanied the minister commended the UWF for their organisation and for growing and spreading the sport over the years, promising support in the spreading it to schools.

Uganda Woodball Federation patron Professor Eriab Lugujo said the game's attributes should be taken into consideration in consideration for funding as it has grown exponentially unlike others that government takes as a priority.

"The game is dynamic and attractive what we need is a push to move a little faster because we have a game that we have to spread to East Africa and the rest of the continent," Lugujo said.

Woodball player Joan Mukoova thanked the minister on behalf of the government for the support that they have rendered to the sport and to the players who have represented the country in various competitions since 2010.

She asked the minister to ensure national woodball players who have won medals for the country be considered to receive a monthly stipend like the athletes as per the presidential directive to inspire the woodballers.

Students to get national IDs