The comments from Shinzo Abe were his first acknowledgement that the 2020 Games may not open as scheduled.

The comments from Shinzo Abe were his first acknowledgement that the 2020 Games may not open as scheduled.

Postponing the Olympics over the coronavirus pandemic may become "inevitable", Japan's prime minister conceded Monday, after the International Olympic Committee said a delay was being considered as pressure grows from athletes and sports bodies.

The comments from Shinzo Abe were his first acknowledgement that the 2020 Games may not open as scheduled on July 24, as the coronavirus marches across the globe causing unprecedented chaos.

Canada's Olympic and Paralympic committees meanwhile announced they will not send teams to the Games if they are held this summer, citing the health of their athletes and the general public.

And Australia's Olympic committee told athletes to prepare for a Tokyo Olympics in the northern-hemisphere summer of 2021.

For weeks, Japan and Olympic officials have held the line that preparations are moving ahead to hold the Games as scheduled, but there has been increasing pressure from sports federations and athletes whose training has been thrown into turmoil.

On Monday, Abe told parliament that Japan was still committed to hosting a "complete" Games, but added: "If that becomes difficult, in light of considering athletes first, it may become inevitable that we make a decision to postpone."

"Cancellation is not an option," Abe said, echoing comments from IOC chief Thomas Bach, who ruled out scrapping the Games, saying it "would not solve any problem and would help nobody". 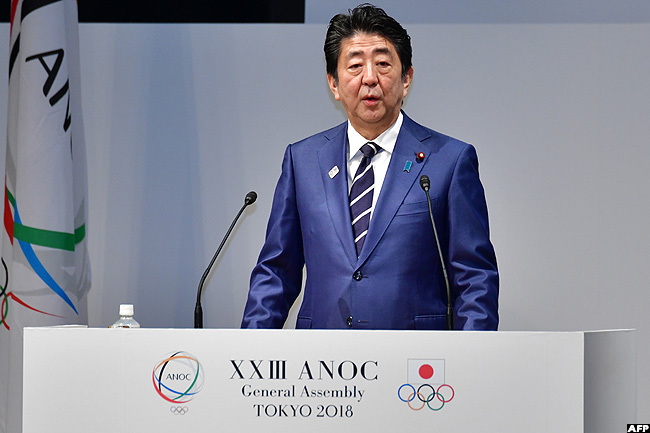 Japan's premier Shinzo Abe delivers a speech at the beginning of the XXIII ANOC General Assembly in Tokyo on November 28, 2018

The IOC has also shifted its position on the Games, issuing a statement on Sunday saying it was stepping up planning for different scenarios, including postponement.

It said it would hold "detailed discussions" on the "worldwide health situation and its impact on the Olympic Games, including the scenario of postponement".

A decision should come "within the next four weeks", the body added.

"Human lives take precedence over everything, including the staging of the Games," Bach wrote in an open letter to athletes.

'Many, many more challenges'

But the IOC warned that the logistics of postponing the Games were extremely complicated, with venues potentially unavailable, millions of hotel nights already booked and a packed international sports calendar.

"These are just a few of many, many more challenges."

The IOC is responsible for making any final decision on the Games, and has come under increasing pressure as the coronavirus crisis grows, with more than 14,300 deaths worldwide by Sunday, according to an AFP tally.

The virus has already had an impact, with qualifiers cancelled and events to celebrate the Olympic torch arrival and relay scaled back.

Despite the measures, tens of thousands of people flocked to a cauldron displaying the flame in northeastern Japan, raising fears about whether the relay can be held safely.

The idea of holding the Games on schedule has drawn a swelling chorus of objections.

On Sunday, nine-time Olympic track and field champion Carl Lewis, and the head of French athletics, became the latest to urge a delay.

"I just think it's really difficult for an athlete to prepare, to train, to keep their motivation if there's complete uncertainty. That's the hardest thing," Lewis told Houston television station KRIV.

"I think a more comfortable situation would be two years and put it in the Olympic year with the Winter Olympics (Beijing 2022) and then make it kind of a celebratory Olympic year." 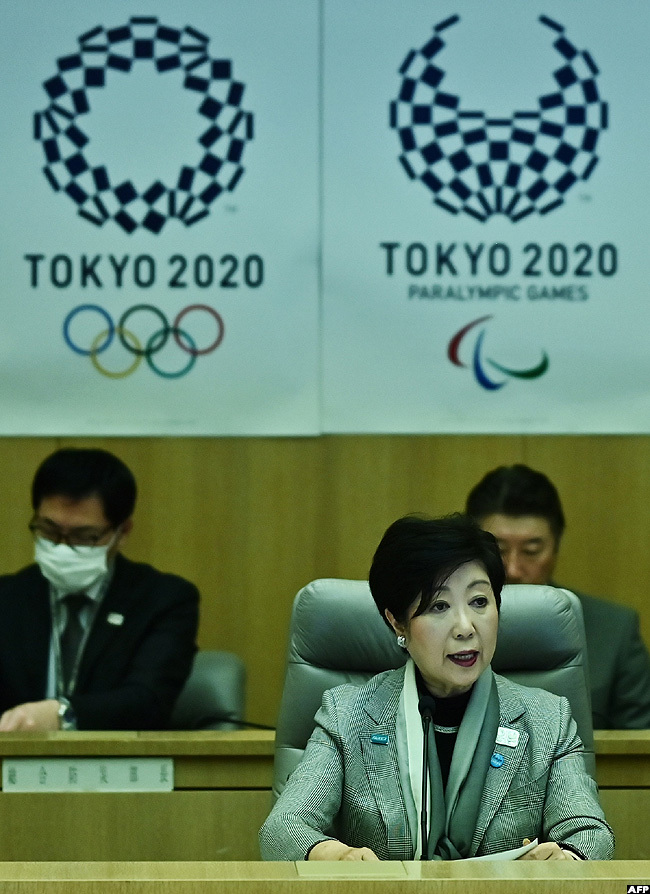 "Everyone agrees that the Games cannot be held on the dates planned," Giraud said.

And for some athletes, the IOC's announcement was too little, too late.

"So wait... does this mean that athletes face up to another FOUR weeks of finding ways to fit in training -- whilst potentially putting ourselves, coaches, support staff and loved ones at risk just to find out they were going to be postponed anyway," tweeted Britain's Dina Asher-Smith, the world 200m champion.

"So irresponsible," she added. "I was really hoping to hear an announcement that they'd postponed it to 2021 this week."

Canada said it would not send its athletes to any Games held this summer, calling on the IOC and International Paralympic Committee to "postpone the Games as a part of our collective responsibility to protect our communities".

But Bach, speaking to German outlet SWR on Saturday, warned postponement was "a very complex operation."

"Postponing the Olympic Games is not like moving a football game to next Saturday," he said.