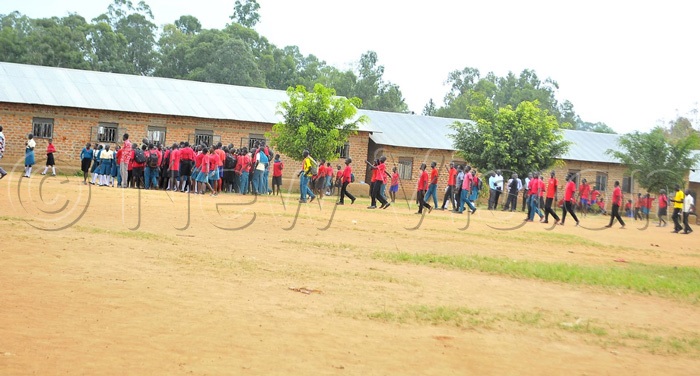 Students lining up to leave school after the presidential directive. Photos by Bosco King

President Yoweri Museveni on Wednesday issued directive closing schools and other public places including churches and bars among others.

However, the announcement caused excitement among students of St Joseph's college school, Ombaci, who started jubilating on Wednesday evening hours.

According to the dean of students of the school Denis Andama, the students heard the message on social media, and they could not concentrate during night preps.

"There are some students who sneak in smartphones despite the school rules and regulations banning them. So, they got the message on the closure of schools before the school announced the President's directive," he said.

He said they broke the window glasses of two O'level dormitories and the senior one class.

Andama said they closed the school before Friday because they anticipated a replica of the 2016 strike that occurred at the school which left the newly constructed A-level classroom building destroyed. 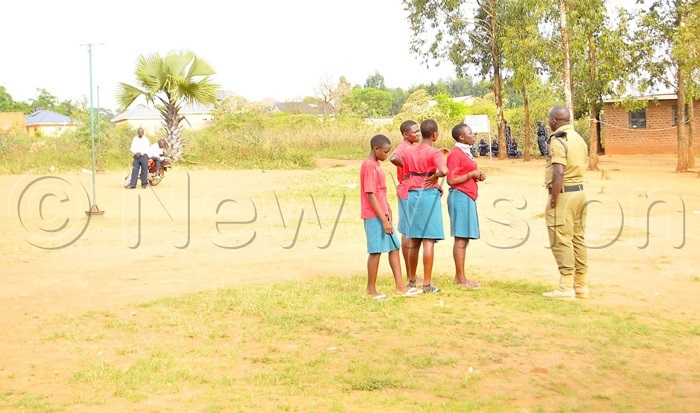 "If we could continue keeping the students for one more night, more chaos would erupt, we did it as a preventive measure," he said.

Michael Lazu, a senior four student said the Senior Three students were extremely excited because they knew they were supposed to go home after the Presidential directive.

Morgan Asite, a senior three student said he was excited to go home.

One of the parents, Viola Ajonye, said they received messages from the school administration on Wednesday at 9:00 pm asking them to pick their children.

"I don't feel okay. This one month the children are spending at home could have been used to study as they prepare for exams, especially the candidate classes.