The tower was constructed in 1954 in commemoration of the first visit of Her Majesty the Queen of England, Elizabeth II and the Duke of Edinburgh, Prince Philip

The Queens Clock Tower will soon be dismantled to pave way for the ongoing Kampala Flyover works at the Entebbe road junction. (Photo by Eddie Ssejjoba)

The tower was constructed in 1954 in commemoration of the first visit of Her Majesty the Queen of England, Elizabeth II and the Duke of Edinburgh, Prince Philip

KAMPALA - Preparations are underway to dismantle and relocate the historical monumental Queen's Clock Tower, serving as the gateway to Uganda's capital, Kampala. This is intended to pave way for the on-going works for the sh295bn Kampala Flyover project.

The tower, constructed in 1954 in commemoration of the first visit of Her Majesty the Queen of England, Elizabeth II and the Duke of Edinburgh, Prince Philip has been regarded as a valuable historical monument and a tourist site in the city.

The Queen visited Uganda on April 28, 1954, and stayed up to April 30 and returned on November 21, 2007, for a four-day visit during when she attended the Commonwealth Heads of Government meeting at Speke Resort, Munyonyo.

The Uganda National Roads Authority (UNRA) spokesperson, Mark Ssali said that in accordance with the project design, the tower would be rebuilt a short distance from its current location to a square next to the Global Pan African Park. 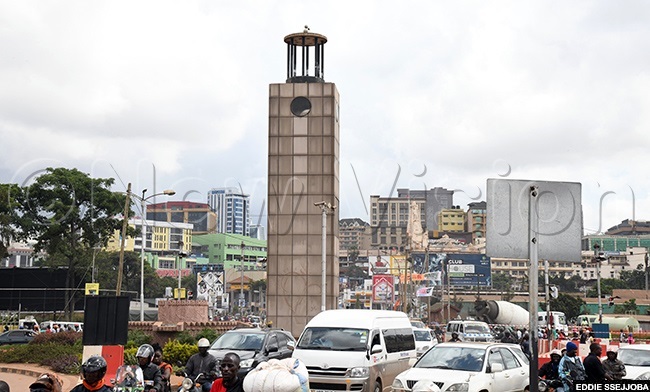 Shimizu-Konoike JV, a Japanese company handling the project will soon dismantle the tower that is scheduled to change the entry face of the city in the works that will involve expanding the Queens Way and other areas.

The 3.5km project is funded partly by the government of Uganda with support from the government of Japan through the Japanese Integration Corporation Agency (JICA) and implemented by UNRA together with Kampala Capital City Authority (KCCA).

"It (tower) will be moved at some point within this year to allow traffic movements during and after the works just a few meters away from the current location," Ssali explained, adding that a circular footbridge will be instead built above its current location.

Two telecom companies had refurbished the tower and branded it with shining colors and installed a fountain, which has already been dismantled.

According to Ssali, the Flyover construction work was still on schedule, explaining that physical progress was standing at 1.03% by end of February 2020 against the planned 5.04%. 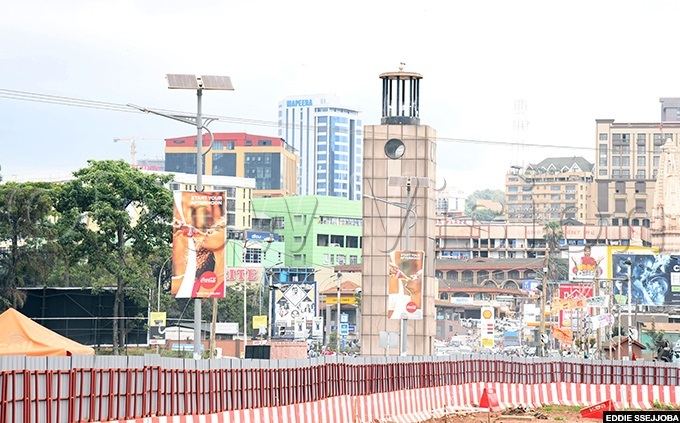 "But the project completion date is still December 28, 2021, our contractor will make the necessary adjustments to finish within that time," he said.

The dismantling of the tower, however, comes without the historical clock, which went missing in 2012, raising concerns from Members of Parliament, who demanded for its reinstatement to preserve the beautification and its history.

Information contained in a report by Nippon Koel, the project consultants indicated that for safety reasons, boda boda motorcycles will however not be allowed to access the flyover. They will instead be free to use the existing carriageway which will still be available during and after the construction.

On completion, the flyover is expected to reduce congestion and traffic in the city centre, making it easier for people to reach their workplaces especially during rush hours in the morning and evenings.