Coronavirus: How Uganda is responding

Over 1,6oo people of different nationalities have been ordered into quarantine at their own cost.

Prices for Sanitizers have gone up as pharmacies are overwhelmed with buyers. Photo by Alfred Ochwo

Over 1,6oo people of different nationalities have been ordered into quarantine at their own cost.

KAMPALA - A survey carried by New Vision shows that several public service transport companies have not instituted measures to protect passengers from catching or spreading the novel coronavirus. However, there are some companies that have taken steps to protect their clients.

There is neither water nor sanitizers at the various bus terminals in Kampala for passengers to use to fend off the virus. Gadhafi Muki, the operations manager, for Nile Coach Buses, a company which operates between Kampala and West Nile sub-region, said they only plan to institute some measures, but did not say when they would do so.

"We shall be giving sanitizers to passengers as they enter buses. We shall also use sanitizers to spray their luggage," he added. Several bus companies with terminals in Kisenyi, too, have not put in place measures to protect passengers. 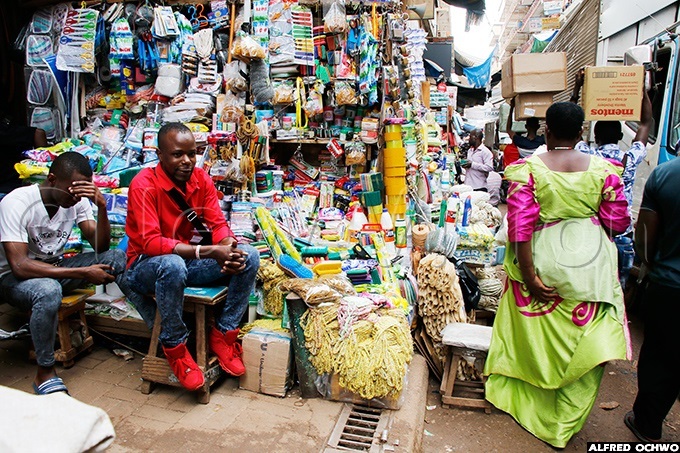 However, at Baby Coach Buses the terminal, passengers are being encouraged to wash their hands or use sanitizers.

"We are giving passengers sanitizers but the problem is that we do not know the right brands. The ministry of health should guide us on genuine detergents," Ezra Katende, the general manager for Baby Coach Buses, said.

Saturday Muhwezi, one of the leaders of bus drivers in Kisenyi said they have encouraged managers of several bus companies with terminals in the area to institute measures and buy soap and water and sanitizers for themselves and passengers.

"We have known about the disease through radios but there is not a lot of information in the public for us to learn from. We have met with managers of bus companies and we want them to do something to protect themselves and customers," Muhwezi said.

The Link Bus operators are also encouraging passengers to wash their hands before boarding but management said they did not know the genuine disinfectants to provide for their customers.

According to the Uganda National Bureau of Standards (UNBS), there are only two certified brands of sanitizers.

She stated that other sanitizers which have been imported or manufactured within the country but do not have the quality mark are supposed to go under a pre-import verification testing. The testing is designed to ensure products on the market are not counterfeit and protect customers from consuming hazardous goods.

"We are calling upon the public to be more vigilant, if you come across a product which does not bear our mark, please do not buy. If you suspect a product, call our offices," Kamusiime said yesterday.

There are several sanitizers being sold to Ugandans in the wake of the outbreak of the novel coronavirus that has so far infected over 200,000 people and killed more than 8,000 globally. More than 82,000 have recovered from the novel virus attack.

The COVID-19 disease broke out in Wuhan, China, late December. China, Italy, Iran, Spain and Germany have the highest number of infections although the contagious virus has spread to over 100 countries.

However, by Monday, many shops had run out of the certified sanitizers because of the increasing demand.

In addition, several small and big businesses in the city are not taking steps to protect customers from coronavirus. In crowded places like Owino market, vendors said they did not plan to institute any measures against the disease.

Ssenga Smart, one of the business people, also said they did not know the genuine sanitizers. "We have been told that JIK is the best sanitizer but I do not know if that is true," she said.

Meanwhile, the outbreak of coronavirus continues to affect several businesses in Uganda. One of the most affected businesses is betting since international sports events have been suspended.

Robert Reuben, the operations director at BetOn Uganda said while the work-from-home concept has increased online betting, the cancellation of sports events has adversely affected their businesses. 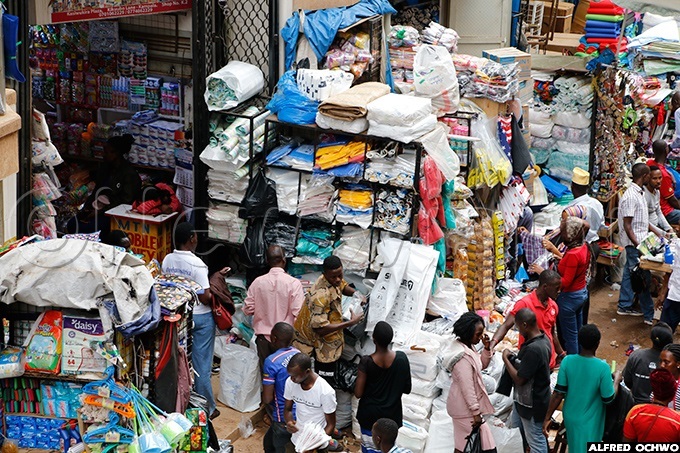 "But the government's quick response to the pandemic has left us confident that Uganda will weather the storm," he added.
Several hotels are counting losses following the cancellation of bookings and reduced business activity in the hospitality industry. Many organizations have postponed several of their activities they planned to hold in hotels such as conferences.
However, perhaps, the hotels which have loans to service monthly are the worst hit, and are on the brink of failing to pay salaries and meet operational costs. The Uganda Hotel Owners Association said hoteliers have requested the Government to come to their rescue by way of compelling the commercial lenders to bring down the interest rate or extend the grace period.
Suzan Muhwezi, the association chairperson, said they have set up a committee to engage Government and other stakeholders with a view of devising a solution to their current financial challenges.  The general manager at Kampala Serena Hotel, Anthony Cheng, said they have lost $700,000 in bookings that have been cancelled because of coronavirus.
"Coronavirus has been a disaster. We had quite a number of International conferences like G77 summit and World Health Forum but they have been cancelled. We are struggling. We can't have guests from Europe and most of their businesses here have been cancelled or postponed to a later date. January and February were beautiful months for us but in March we got the hit,'' Cheng said.
He said the hotel has now slashed prices for Ugandans in the wake of the falling business activity. Cheng asked Ugandans to take advantage of the Easter holiday.
"We have $240 for double, inclusive of lunch or dinner per night or $182 per single. It is a special rate compared to what we usually offer and that will run from Friday morning to Sunday evening. Previously, it was $282 per double on bed and breakfast,"
Before the outbreak of the disease, Serena, according to Cheng, enjoyed a 70% occupancy rate, but that has fallen drastically.
The general manager at Sheraton Kampala Hotel, Jean-Philippe Bettencourt, said they have registered a drastic reduction in business, adding that their current occupancy rate ranges between 24% and 25%.
"Our estimated amount of loss in terms of revenues for the period of March and April in terms of cancellation is about $700,000. This is something we have never faced before. But we have to build the future and the crisis will not last too long," he added.
Bettencourt explained that they have shut down some of the floors to reduce power costs.
The General Manager at Hotel Africana, Haruna Kibirige, said, their occupancy rate has gone down from 75% to 25%. This, he added, means they cannot raise salaries and pay utility bills.  He added that the company is considering halving the workforce to further reduce the costs.
The chief Executive officer Great Lakes Safaris Amos Wekesa said most reservations in lodges are being cancelled, with clients demanding refunds.
"By Friday we Uganda Lodges had 2,500 cancellations. Right now 9 out of 10 Emails coming in are cancellations,'' Wekesa added.
The chairman Uganda Tourism Board and former minister, Daudi Migereko, said they intend to engage the finance ministry to devise ways of rescuing the tourism industry and related sectors.
Reduced passenger traffic
Information from the Civil Aviation Authority, the passenger traffic at Entebbe International Airport has dropped by 50% of 60% following reduced travels between countries as a result of the coronavirus outbreak.
The manager for public affairs at the authority, Vianney Luggya, said the airport recorded 187,000 arriving and departing passengers in January and 170,000 in February. The impact has been most felt in the first two weeks of March, which have recorded a 50% overall drop in passenger traffic in and out of Entebbe across all airlines," he added.
Luggya stated that all existing airlines operating between Entebbe and other destinations are still in operation, but have reduced the number of flights. For example, Emirates recently cancelled the Monday and Wednesday flights to and from Entebbe. This, it announced, would be enforced between March 18 and April 19.
"Another country where one of the international operators originates has imposed temporary restrictions on passenger traffic from other countries, except transit and cargo. This also impacts air operations from Entebbe to that direction, which are now restricted to cargo and transit passengers connecting to other destinations," he noted.
Measures
Uganda has set up isolation centres for suspected coronavirus suspects at Mulago National Referral Hospital, Entebbe referral hospital and Chin-Uganda health facility in Naguru, Kampala. A total of 142 beds have been set aside at the Intensive Care Units in Mulago to handle coronavirus cases.
Dr. Baterana Byarugaba, the hospital's executive director, said the beds are in the ICU facilities at the specialized (Lower Mulago) hospital, women specialized hospital and the heart institute. 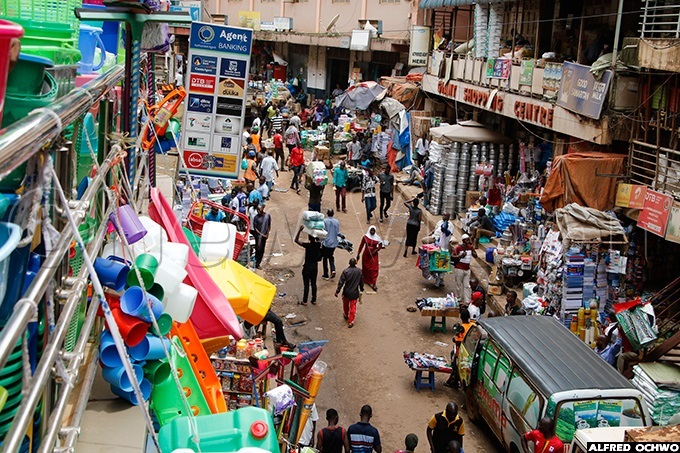 "We have the capacity to handle all the cases. If we were able to handle all the past epidemics, what of Corona which only attacks the nose, ears and mouth? Let it come we are ready," Baterana said. Some schools have set up handwashing facilities. But some said they do not have resources to establish these facilities.
In Uganda, according to the ministry, over 1,6oo people of different nationalities have been ordered into quarantine at their own cost. More than 600 have completed 14 days of monitoring and have been declared free of the virus.
However, studies show that infected persons can transmit the disease before symptoms appear. In addition, people who appear to have recovered can also pass on the infection, according to studies.
Uganda has also deployed medical personnel and equipment at its common border with neighbours to screen all people entering the country for coronavirus. This comes after four neighbours - Rwanda, DR Congo, Kenya and Sudan - confirmed their first cases of coronavirus over the past few days.
Spread
COVID-19 is a new viral illness in the family of coronaviruses, characterized by fever, tiredness, and dry cough. Some patients may have nasal congestion, sore throat or diarrhoea. The virus is mainly spread from person-to-person - people who are in close contact with each other through respiratory droplets produced when an infected person coughs or sneezes.
These droplets can get into the mouths or noses of people who are nearby. You can also get the virus by touching surfaces or objects that have the virus, and then (touching) your mouth, nose, or eyes.
The guidelines issued by the World Health Organization against catching the disease, including washing hands with soap and water or the alcohol-based hand rub, avoiding crowds and people who are coughing, avoid touching eyes, noses and mouth with unwashed hands, covering your mouth and nose with a bent elbow or tissue when you are coughing or sneezing and then dispose of the tissue immediately.
You are required to seek medical attention if you have a fever, cough or difficulty in breathing and keep yourself informed about the disease with updates from health personnel.  The WHO has declared the disease a global pandemic.
Compiled by Juliet Waiswa, Carol Kasujja, Pascal Kwesiga, Alex Gahima, Betty Amamukirori, Violet Nabatanzi and Edward Anyoli, Edna Piyic

Coronavirus: 'Worst yet to come' for countries in conflict

The virus claims a victim at the UN: personal diplomacy