With the economic impact of the coronavirus threatening the survival of many firms, governments have pledged tens of billions to help them limp along

An employee restocks goods on empty shelves in a supermarket in Petaling Jaya on March 17, 2020, after measures announced by the Malaysian government to combat the COVID-19 novel coronavirus.(Photo by Syaiful REDZUAN / AFP)

With the economic impact of the coronavirus threatening the survival of many firms, governments have pledged tens of billions to help them limp along

Layoffs and cutting costs... companies are trying to adapt as the coronavirus hits demand and the draconian measures taken to contain the spread of the illness undercut both production and demand.

With the economic impact of the coronavirus threatening the survival of many firms, governments have pledged tens of billions to help them limp along, or failing that, to bankroll outright rescues or nationalisation if necessary.

Here are some measures companies have implemented.

Several industrial giants, in particular in the automobile industry, have moved to reduce or even suspend their production. 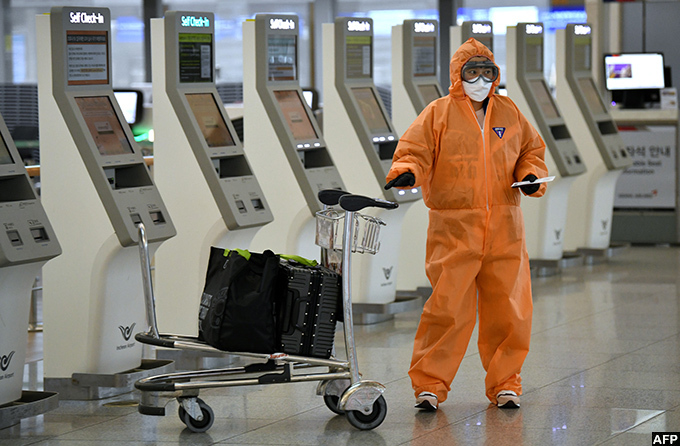 French automobile manufacturer Peugeot-Citroen is shutting down all of its production sites in Europe, and Italian-US carmaker Fiat Chrysler with which it is in the process of merging intends to close most of its facilities in Europe.

Germany's VW said Tuesday it would shutter most of its European plants for two to three weeks.

Tyre giant Michelin is halting production at its sites in Spain, France and Italy for at least a week.

Airbus said it was suspending work at its French and Spanish plants for four days to take measures to improve workplace safety in light of the coronavirus.

Even the luxury industry is taking steps.

Gucci, part of the Kering Group, is closing all of its sites until March 20. Meanwhile, Hermes is shutting its manufacturing sites until the end of the month.

Italian shipyard Fincantieri, which has also halted output, has asked its workers to use their annual vacation time.

Airlines have been hit by a double-whammy: plunging demand and sweeping travel restrictions imposed by governments.

They have taken different measures to adapt.

Russian airline Aeroflot has asked employees who have accumulated extra time off to use it. 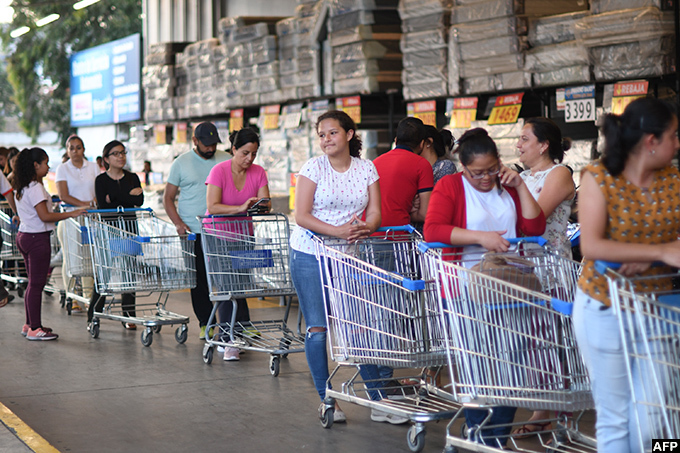 Air France says it will look at reducing working hours, a measure that several countries have facilitated with easier access to state benefits for workers now forced into part-time work.

Low-cost airline Ryanair, which has forecast an 80 percent drop in flights for April and May, said it is looking at that option along with voluntary departures and temporarily suspending work contracts.

Forcing workers into unemployment temporarily is also an option that several countries have made easier, with Volkswagen Spanish subsidiary Seat taking that course when it began having trouble receiving parts.

Air France-KLM, which is being forced to cut as many as 90 percent of flights, has said it will reduce its planned investments for 2020 by 350 million euros and make 200 million euros in savings elsewhere as it seeks to ensure it has enough cash on hand.

Firms are not sparing shareholders from the pain either. Lufthansa, which is chopping as much of 90 percent of flights, said it would not distribute a dividend from 2019 earnings as it seeks to keep hold of cash.

Companies are not hesitating to take up offers of state support.

German tourism giant TUI, which employs 70,000 people worldwide and has suspended the "majority" of its operations over the coronavirus, has made a request for state aid.

US airlines have asked for a $50-billion bailout.

The Italian government said it intends to re-nationalise the bankrupt former national carrier Alitalia under an emergency economic rescue plan for the coronavirus pandemic.

Joe Biden: Popular, seasoned Democrat with a cumbersome past