Shadir Musa is the only Ugandan boxer to qualify for Olympics.

Shadir Musa is the only Ugandan boxer to qualify for Olympics.

Shadir Musa who recently qualified for Olympics was speaking today in Kampala after being named the best boxer ahead of teammates Emilly Nakalema and David Ssemujju.

"Winning this award shows that people value my efforts. This will push me to continue working hard. As the captain of the bombers, I had to do everything to lead by example. I will continue to give my best so that I make my country proud," Musa said. 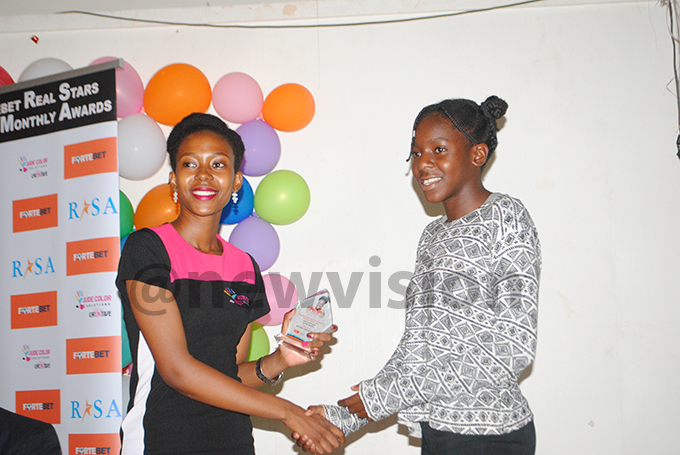 Kirabo Namutebi receives her award from a Fortebet official

The awards that are aimed at rewarding excellence among different sportsmen and women saw different athletes in swimming, rugby, football, and athletics also rewarded.

Veteran striker Robert Ssentongo who scored seven goals in both the league and Uganda Cup and created four assists was named the best footballer for last month. He beat Brian Aheebwa from Mbarara City and Busoga United's David Bagoole to the accolade.

Joshua Cheptegei was named the best athletics ahead of Juliet Checkwel and Hosea Kiplagat.

Aaron Ofoyroth from Heathens Rugby Club was the best rugby player after he helped Uganda finish 7th in the rugby sevens held in Chile and Uruguay and he beat Daudi Ssemwami and fellow Heathens teammate Joseph Oyet on this award.