Karyarugookwe woos corporates to the golf ...
Next Story

Ladies show mettle as Singleton enters round of 16

The ladies pairs of Doreen Mwesigye/Wendy Angudeyo and that of Gloria Mbaguta/Sheila Kesiime showed they would be hard nuts to crack after they continued their match to the Singleton Golf Challenge Round of 16.

The two lady pairs will now continue fancying their chances against Marvin Kagoro/Oscar Semawere and Conrad Odere/Moses Mukiibi who eliminated Twinemanzi Tumubweinee/Robbins Mwehaire and Caroline Namutebi/Judith Komugisha, in the Round of 16 respectively.

"We are going to continue winning. There is no specific trick we are using; just play the course as per our handicaps. It is a bit stressful but we shall continue pushing for the victories," Mwesigye said. 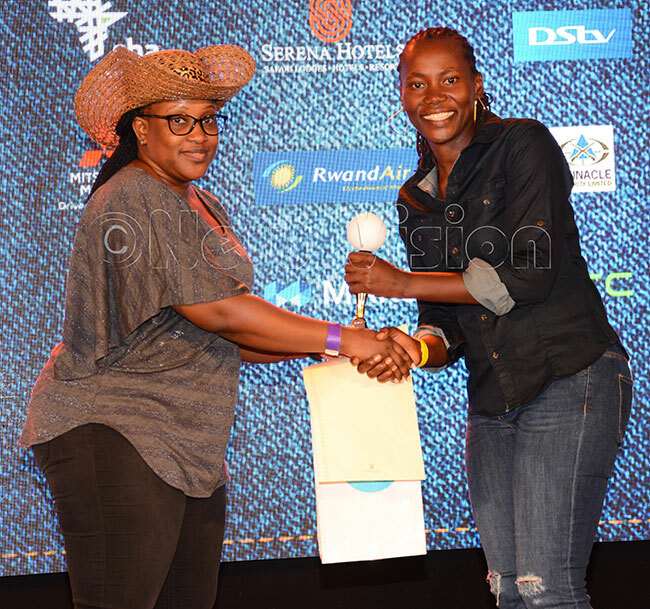 Greg Paterson and Hercules Nicholas who eliminated last year's winners in the previous round were also bundled out; 4&3 by Paul Kalemba and Faith Namara. Meanwhile, 16 professionals will also take part in the next round following their qualifier on Friday. Silver Opio will take on Herman Mutaawe while Davis Kato will face Vincent Byamukama as Deo Akope and Toolit Brian entertain Ronnie Bukenya and Becca Mwanja respectively.

Other match-ups include that of Ronald Rugumayo versus Martin Ochaya, Abraham Ainamani v Saidi Mawa, Herman Mutebi v Phillip Kasozi and that of Abbey Bagalana fighting it out with Emma Ogwang.

David Spencer and Irene Nakalembe topped the subsidiary event in both the men and ladies categories respectively after posting 39 and 38 stable ford points respectively to win themselves accommodation for 2 each at the Lake Victoria Serena Golf Resort and Spa.

The 19th hole was spiced up by comedy performances from Napoleon, MadRat, and Chiko as well as Salvador. Those who dressed in the ‘cowboy' theme were also rewarded by the sponsors Singleton. 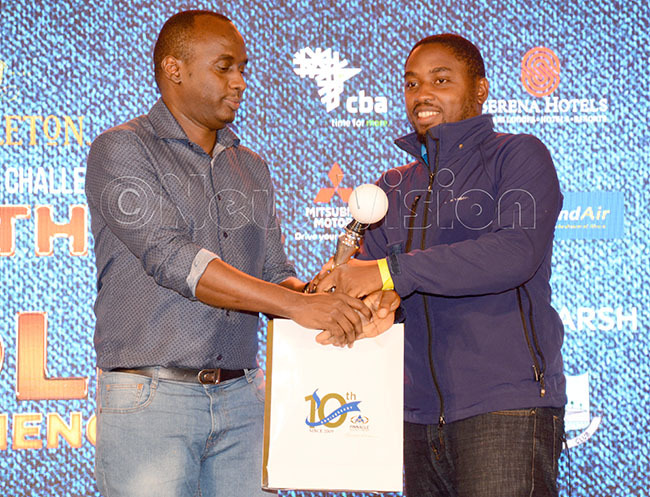 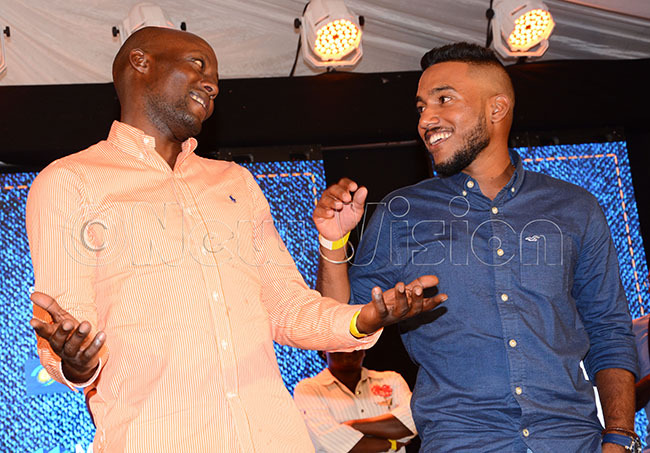 Moses Matsiko (left) and Arshavin Kananathan react after the next round draw pitted them against Ernest Rukundo/Rogers Byaruhanga. 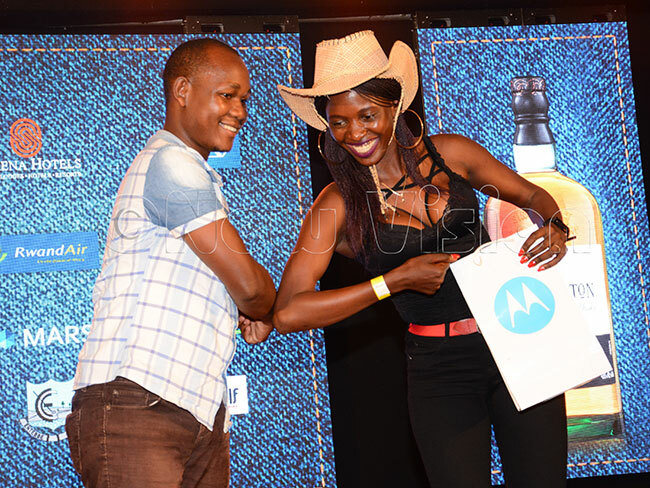 Martha Babirye was a double winner on the night taking the longest and nearest to the pin prizes. Patrick Kafeero offers a rare handshake due to the Coronavirus.