Health Minister Mutahi Kagwe announced that two people who had sat next to the first patient on the airplane had tested positive.

A doctor and laboratory specialists get ready with protective gears before visiting the ward for quarantined people who had close contacts with the first Kenyan patient of the COVID-19 at the Infectious Disease Unit of Kenyatta National Hospital in Nairobi, Kenya, on March 15, 2020.(Photo by Yasuyoshi CHIBA / AFP)

Health Minister Mutahi Kagwe announced that two people who had sat next to the first patient on the airplane had tested positive.

Kenya unveiled a series of strict measures to curb coronavirus on Sunday, blocking entry to the country to all except citizens and residents and shutting schools as the number of confirmed cases rose to three.

Health Minister Mutahi Kagwe announced that two people who had sat next to the first patient on the airplane as she travelled back from the United States via London had tested positive. 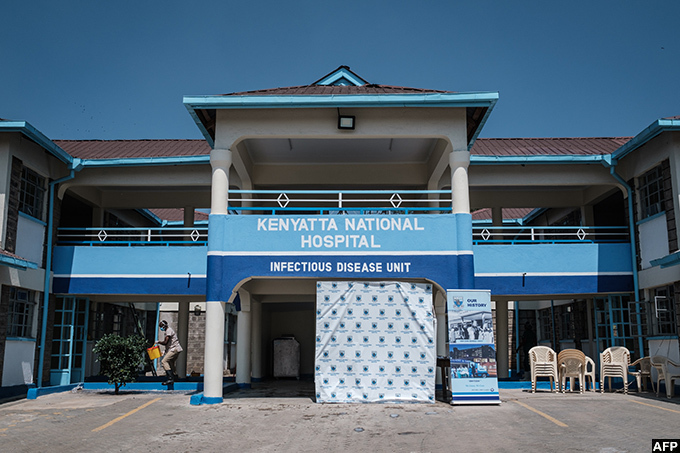 "As a result of this we are going to implement the following measures: Only Kenyan citizens and foreigners with valid resident permits will be allowed to come into the country provided they proceed on self-quarantine or in a government quarantine facility," President Uhuru Kenyatta said.

Kenyatta said this would come into effect in the next 48 hours and would remain in place for 14 days. 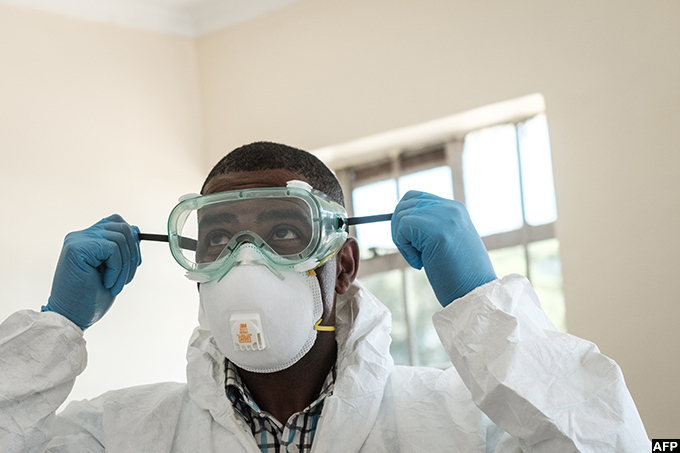 Every foreigner who has entered the country in the past 14 days has been ordered to self-quarantine.

In addition from Monday, all primary and secondary schools are to close, with boarding schools and university to shut by the end of the week. All companies have been urged to allow employees to work from home.

"I want to assure you that my administration is at the forefront of managing this pandemic," he said. 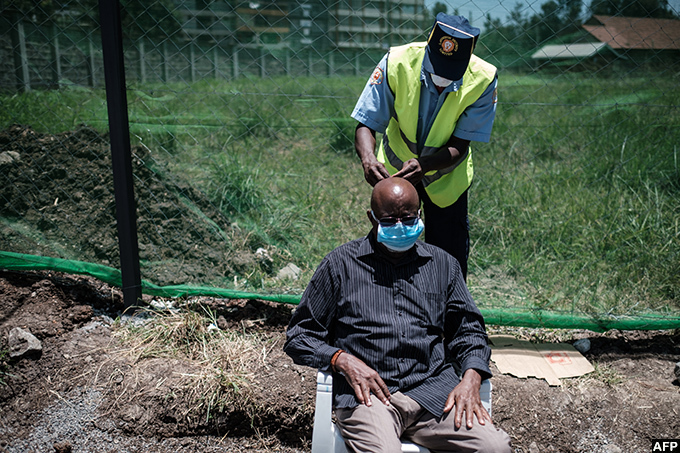 After being relatively spared from the global pandemic which has killed over 6,000 and infected over 159,000, Africa now has 25 countries reporting cases compared to nine a week ago.