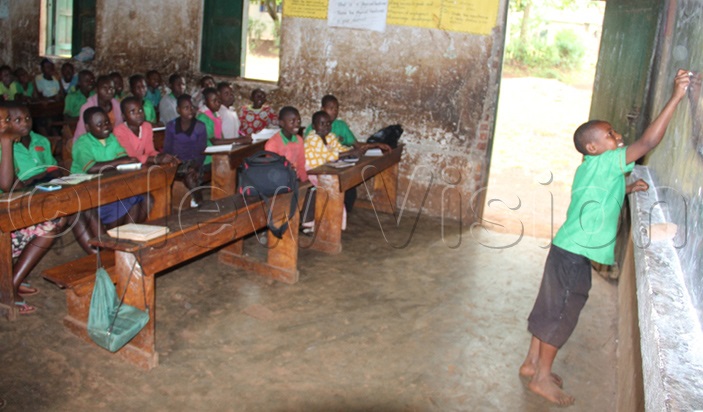 KABAROLE - Education in Kabarole district has been affected by a shortage of teachers in several government primary schools.

In Kasenda sub-county schools are understaffed. According to Julius Busingye, a resident of Isunga village in Kasenda, the sub-county has seven schools but each school has less than five teachers.

"Children have dropped out of schools due to lack of teachers. In some schools, pupils no longer go to study because there are no teachers," Busingye said

Julius Musinguzi a resident of Isunga in Kasenda sub-county said that the district leadership has been reluctant to deploy teachers.

"Most of the schools have less than six teachers and that is a very big problem. Our pupils don't study they are always playing. it's better they close those schools," Musinguzi said.

Rev. Fr. Fabius Bainakanama a resident of Isunga said they have repeatedly forwarded their concerns to the district leadership but failed to attract the desired response.

"We are greatly concerned with the shortage of teachers in our schools. In other sub-counties, schools have more than 20 teachers yet here we are in a crisis," Bainakanama said.

Bainakanama argued that the chronic shortage of teachers is frustrating the government's Universal Primary Education program (UPE) in the area.

Sani Katwesigye the LCIII chairman for Kasenda sub-county said the council had passed a resolution to petition the district leadership over the shortage of teachers.

"We really have a big challenge of shortage of teachers. Letters have been written to the district officials but we are been frustrated because nothing has been done," Katwesigye said.

At Pere Achte primary school in Kasenda, the headteacher Richard Muhenda said the school with an enrolment of 400 learners is being manned by only six teachers.

"We have been facing a very big problem of teachers at times learners go back to their homes without lessons. we only have six teachers to teach the seven classes," Muhenda revealed.

Patrick Rwakaikara the Kabarole district education officer acknowledges the understaffing of teachers as a problem in the entire district.

However, he revealed that the district has advertised and soon they will be conducting interviews for teachers.

"After getting the teachers, we are going to post them in some schools that are understaffed," Rwakaikara said.