The maize garden that was destroyed by the hailstorm. Photos by Andrew Masinde

On the night of August 16, 2019, tragedy struck his home village. They woke up to mudslides that destroyed property and washed away their houses.

"Having lost everything, I took my family to a relative. However, after a while, I realised I had become a burden since all of us were depending on him," Nambuli says.

Like Nambuli, Brenda Nelima, a resident of Marama village, Busiya parish, was left homeless after her house was destroyed by the hailstorm. 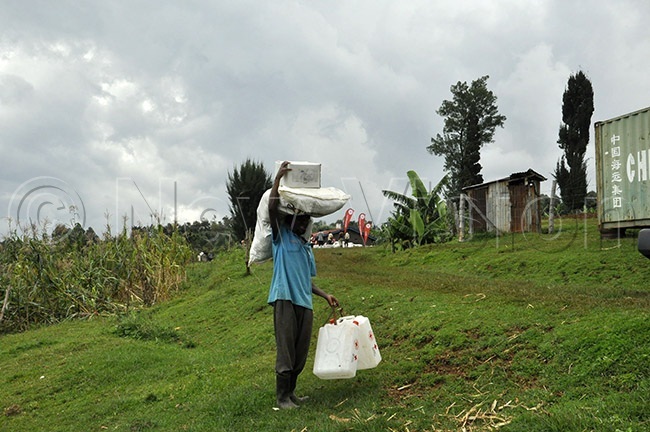 According to Nelima, the rains started normally but after some time, things worsened.

"After a while, the roof of my house was blown off, leaving my family homeless," she noted.

The only option for Nelima was to turn to her neighbours for rescue only to find them standing under the trees. Their roof too had been swept off by the hailstorm.

"It was like the world was coming to an end. All the crops were shredded by the hailstorm.  We survived by the mercy of God," she says.

According to Nelima, since then, they have been living at relative's home. They also lost their source of income when the hailstorm destroyed their crops.

Simon Ganula, the chairperson LC1 Namuseseli village says the community is struggling to survive after the tragedy.

According to Gunula, after all the crops were destroyed by the rains, people are in fear of food shortage.

He also said people don't have clean water, and latrines, so they risk to be affected by cholera if the government does not come to their rescue.

"Some schools and health centres were destroyed including roads, so accessing services for the community is not easy. Even service providers are faced with the challenge of accessing their workplaces," he explains.

According to Innocent Wandabwa, Bulambuli district environmental officer, the disaster was as a result of torrential rains that caused River Kajere to burst its banks, leading to floods that destroyed gardens, bridges, and roads connecting to other sub-counties.

Wandabwa explains that the mudslide killed one person, injured several and displaced many people.

He added that if nothing is done urgently, the area is headed for hunger.

Wamai requested the Prime Minister (OPM) and well-wishers to come to the people's rescue.

"They need food, clothing, beddings, and above all health and shelter," said Wamai.

He revealed that the district is also likely to be affected by cholera because of the poor living conditions. 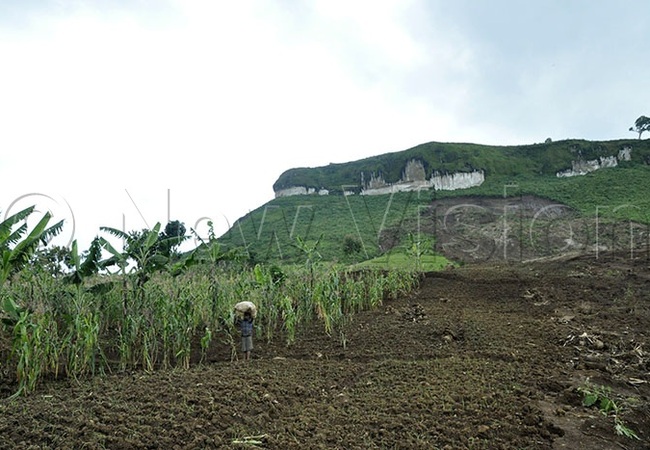 Recently, the Uganda Red Cross Society(URCS) distributed non-food items to some of the victims.

Over 50 household received tents for shelter, blankets, mosquito nets, and utensils, among others.

James Wesswa Wenwa, the Sironko URCS manager says after doing a survey in the affected communities, it was realised that many people were living in anguish.

"Many did not have shelter so they were sharing small rooms with neighbours," he said.

Martin Owori, the commissioner of disaster preparedness in the Office of the Prime Minister (OPM), said they are aware of the challenges in the area. He added that they appeal to the people to be patient as a permanent solution of relocating them to Bunambutye is underway.

"We have plans for relocation such that people are safe from the hazards. We did the satellite images of all the landslide-prone homes," he says.

According to Owori, there are so many people who need to be relocated and all this needs time and resources, which OPM is working on urgently.

"The rains will continue in the Elgon region up to December. People living in landslide-prone areas should relocate to safer places," he said.

Owori, however, said some people are so stubborn that they don't want to leave their homes even though they are located risky area.

About the recent disaster, Owori said OPM had distributed relief food to families that were affected where each family received 100kgs of rice.

Owori added that they also gave them tents and other non-food items.

"OPM sent 60 tonnes of rice to all the five districts of Elgon that are disaster-prone. The food is meant for the host families and those that are affected," said Owori.

Ministry of Works and Transport notice