Gov't asked to fund NGO's taking care of i...
Next Story

To help solve part of the problem, an inter-primary school’s innovation competition was organised to rally young children against plastic pollution and to teach them various ways of recycling plastic waste.

To help solve part of the problem, an inter-primary school’s innovation competition was organised to rally young children against plastic pollution and to teach them various ways of recycling plastic waste.

KAMPALA - It is estimated that 600 tonnes of plastic are disposed of in Uganda daily. According to the National Environment Management Authority(NEMA), Kampala city alone accounts for the large volumes of plastic waste, which is littered all over the city. This clogs sewage systems.

NEMA also indicates that about 51% of the plastic garbage in the city is not collected and ends up in drainage channels, wetlands, natural watercourses, manholes, undeveloped plots and on the roadside.

To help solve part of the problem, an inter-primary school's innovation competition was organised to rally young children against plastic pollution and to teach them various ways of recycling plastic waste. 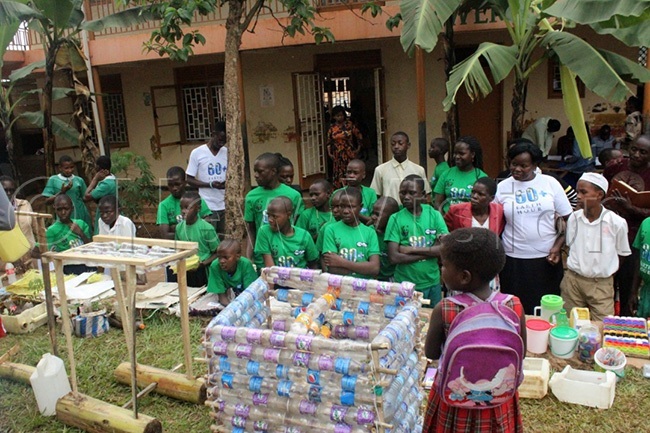 The competition organised by the World Wide Fund for Nature (WWF) in partnership with Plan International Uganda, under the theme "No plastic and Kavera pollution" was held at Kawempe Church of Uganda Primary School in Kampala.

The challenge saw young people and future conservationists come up with solutions to the negative environmental impact of plastic use as they championed the implementation and promotion of the 3Rs (Reduce, Reuse and Recycle) as a mode of silencing plastic pollution

According to David Duli, the Country Director for WWF-Uganda, plastic pollution has become a critical environmental challenge in Uganda and there is little effort towards checking the increased plastic and kaveera pollution and suffocation of nature. 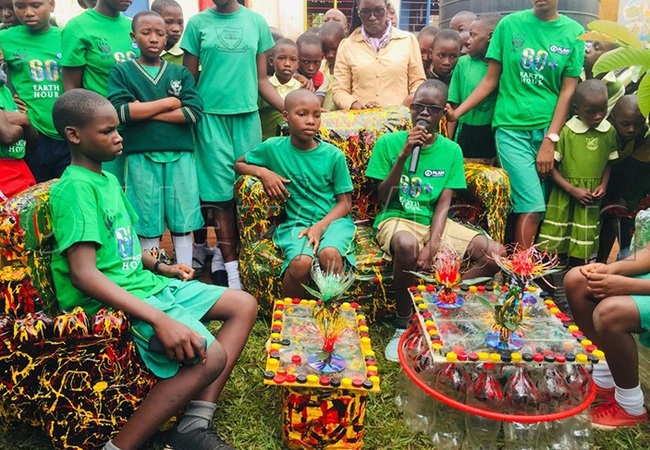 Duli explained that it is crucial to engage young minds to come up with solutions at a tender age.

"You will find plastics littered everywhere, from the city, beaches to drainage channels and even in the remote parts of the country. This is threatening the future of our country and the generations to come. We must act now," he said.

Duli explained that following the massive launch of Earth Hour 2020 in Uganda, the WWF Earth Hour Campaign organised a number of activities that aimed at engaging the youths to provide solutions to reducing plastic pollution in Uganda, which among others is the Children's Innovation Challenge.

These are based on "SMART", adaptability, cost-effectiveness, replicability, sustainability, uniqueness, relevancy, pitching, presentation and understanding.

Sharon Namata, a pupil at Kisasi Primary School, said the challenge has opened up doors for young minds to showcase their abilities to fight plastic pollution and other environment threatening activities.

"The young minds are proud to take part in such a challenge and we are optimistic that our innovations will be taken on and applied at a large scale," she said.

Kisasi P/S, Bwaise parents' P/S and St. Paul's P/S managed to present the best three innovations and the winner will be announced on March 28 during the Earth Hour Dinner.