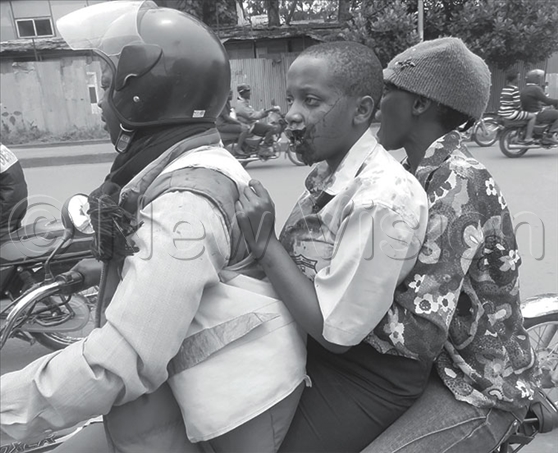 The Police in Kampala have kicked off investigations into the circumstances under which three people, including a student, were shot in the city.

"He has already documented the scene, obtained relevant witness statements and other evidence material value. He has also checked on the victims at the hospital evidence," Onyango said.

Onyango noted that the incident happened on March 10, 2020, around 1:00 pm during an enforcement operation by the Kampala Capital City Authority (KCCA) supported by police.

However, it is alleged that the team met some resistance during the operation from the illegal vendors selling items around the Old Taxi Park.

Onyango said due to the hostile environment, the police were forced to fire tear gas and rubber bullets to disperse the violent crowd that was obstructing and attacking the enforcement team.

In the process, three people were injured including a mother and her daughter identified as Racheal Nankya, a senior six student at Lugazi Mixed SS and another person only identified as Jimmy.

He noted that all the three were rushed to Mulago National Referral Hospital, where they are getting medication.

Onyango said police is also waiting for scan results and a full medical report to establish the nature of injuries to easily determine, whether they are due to shooting or crash injuries in attempts to escape from the hostile setting.

He said the enforcement team that participated in the operation has been summoned to record statements and give an account on what happened during the incident.

The Kampala Lord Mayor, Erias Lukwago also visited the student and mother on Tuesday, and condemned the incident.

He called for specialized treatment for the mother and students, and expedition of the law of vendor in the city.

While raising the matter on the floor of Parliament, the Kampala Central MP, Mohamed Nsereko called for a full report into the shooting.