Paraguayan judge Gustavo Amarilla cited the seriousness of the case and the discovery of new evidence.

On March 7, Ronaldinho and his brother Roberto Assis arrived at Asuncion's Justice Palace to appear before a public prosecutor who would decide whether to grant them bail or not following their irregular entry to Paraguay. (AFP)

Paraguayan judge Gustavo Amarilla cited the seriousness of the case and the discovery of new evidence. 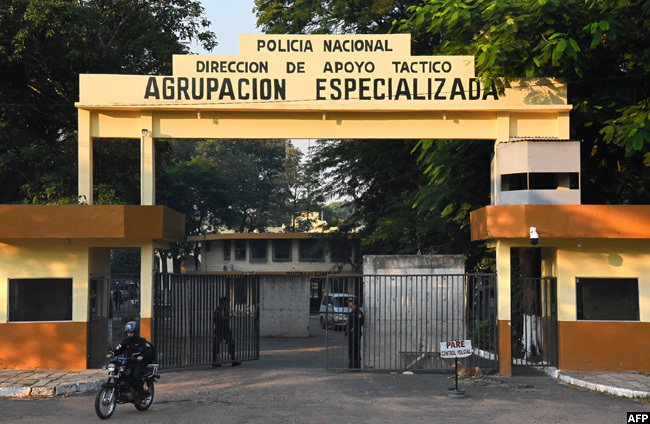 Brazilian football great Ronaldinho will remain in pre-trial detention in Paraguay after being refused bail or house arrest on accusations of entering the country with a fake passport.

A court rejected a request for conditional release for the 39-year-old World Cup winner and his brother, who were spending a fifth day in a police cell in Asuncion, said prosecutor Osmar Legal.

Judge Gustavo Amarilla cited the seriousness of the case and the discovery of new evidence, as well as the involvement of public officials and entrepreneurs who helped Ronaldinho get into Paraguay. 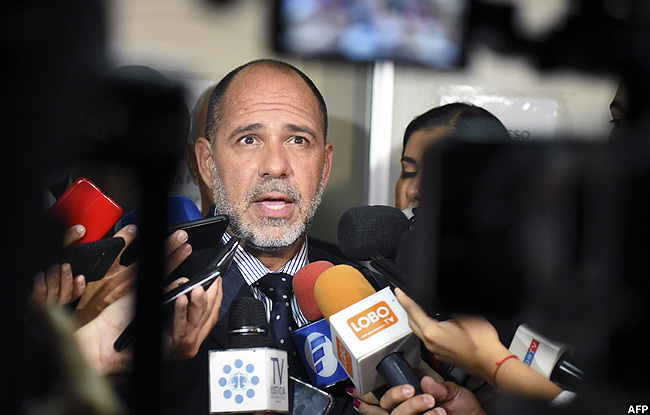 Amarilla acknowledged the harshness of the measures taken against the brothers but said it was his responsibility to ensure the they did not flee the country.

"There are many procedures that need to be done with the presence of both of them," the judge said.

"It's a tiny amount given the economic solvency of one of the (accused)," he said. 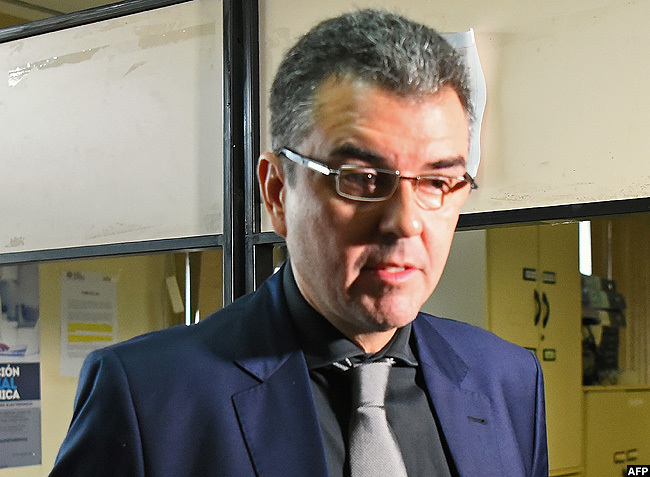 Brazil's Sergio Queiroz, one of the lawyers representing Ronaldinho and his brother Roberto Assis

The brothers arrived in Asuncion from Brazil on Wednesday and showed their passports to immigration police, who did not immediately notice any problem.

Hours later, when the passports were determined to be fake, investigators raided the football star's hotel room and seized the brothers' identity cards and travel documents. 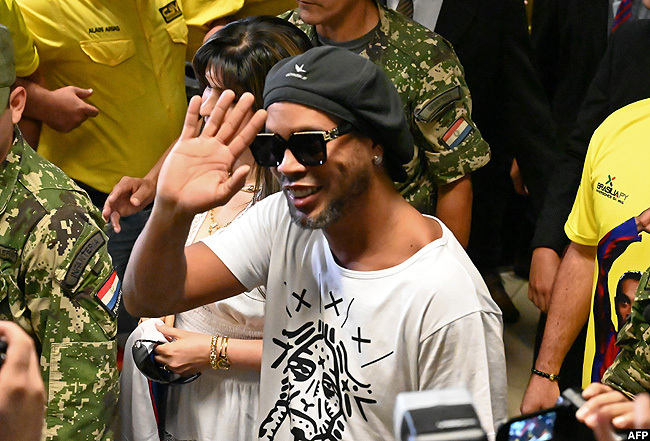 Ronaldinho Gaucho waves upon arriving at Silvio Pettirossi International Airport in Luque, near Asuncion on March 4, 2020 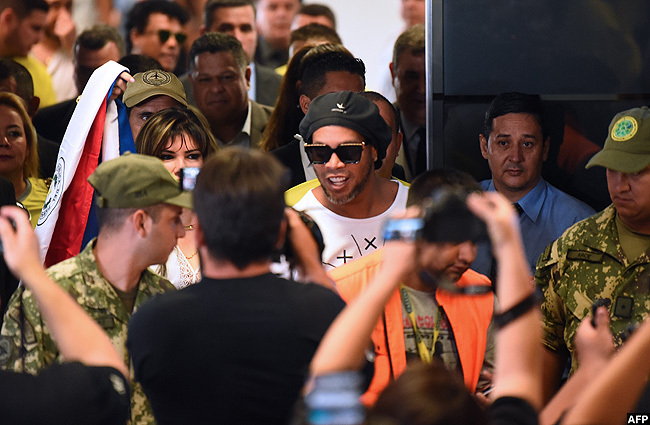 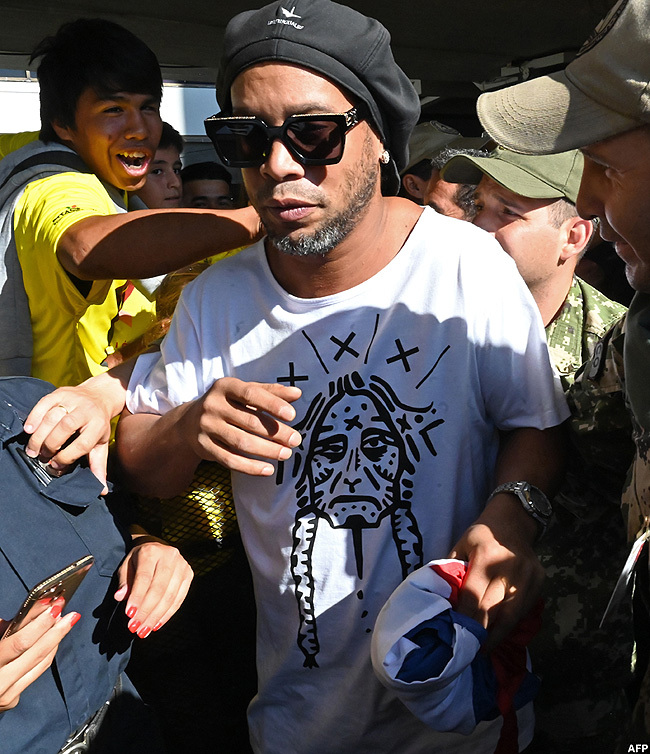 Ronaldinho said the passports had been given to him by people who had invited him to attend conferences sponsored by charities working with disadvantaged children.

A Brazilian businessman has also been arrested in connection with the fake travel documents, while two Paraguayan women have been placed under house arrest and the country's migration director has resigned.

Ronaldinho's Brazilian lawyer Sergio Queiroz has said the brothers were carrying Brazilian documents and were given the Paraguayan passports "to facilitate the possibility of doing business" in Paraguay.

"Ronaldinho did not commit a crime because he did not know that the passport they gave him was faked," he said. 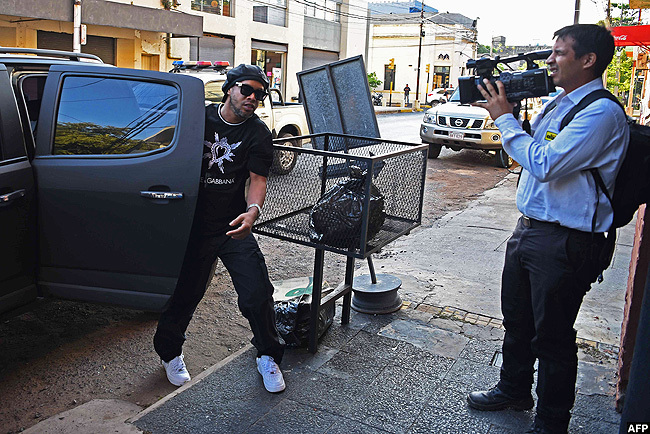 Brazilian retired football player Ronaldinho arrives to Asuncion's Prosecution to declare after his irregular entry to the country, in Asuncion, Paraguay, on March 5, 2020 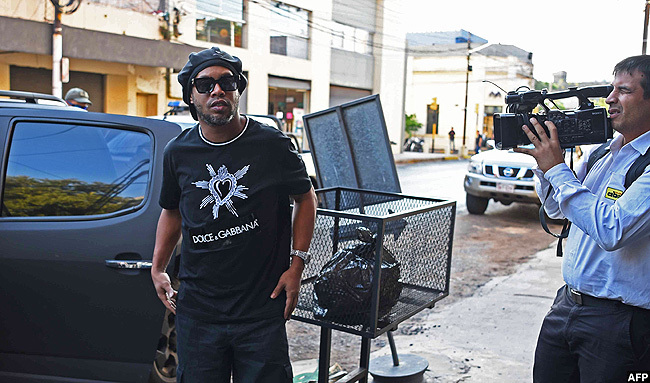 However, the body overseeing the creation of companies in Paraguay told AFP there was no regulation preventing Brazilians for applying for a business permit.

The administrator of the charity that invited Ronaldinho, Dalia Lopez, has admitted requesting the passports but said she didn't know they were forged.

A warrant has been issued for her arrest. 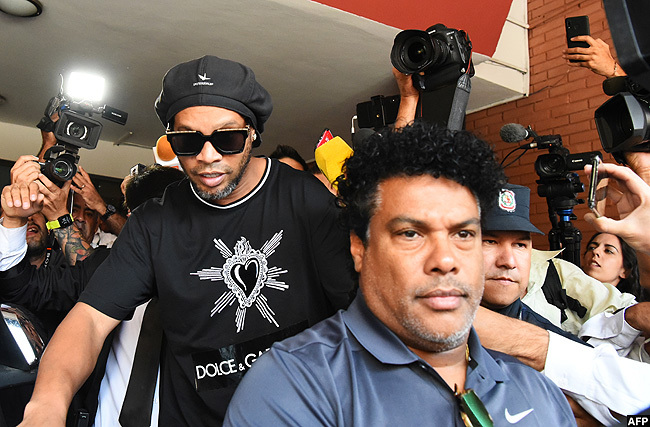 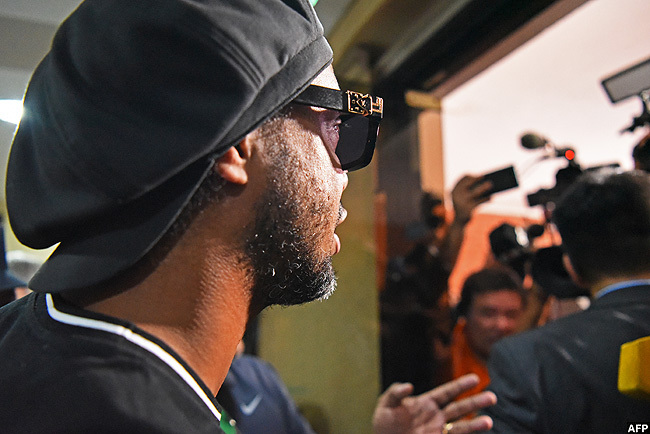 Ronaldinho is considered one of the greatest footballers of all time

Amarilla said the investigation is looking into possible criminal association and money laundering.

He said the brothers' phones needed to be examined, in order to "know the true intention for their presence" in Paraguay.

Ronaldinho, considered one of the greatest footballers of all time, was a star of Brazil's 2002 World Cup win and played for European giants Barcelona, Paris Saint-Germain and AC Milan, among others. 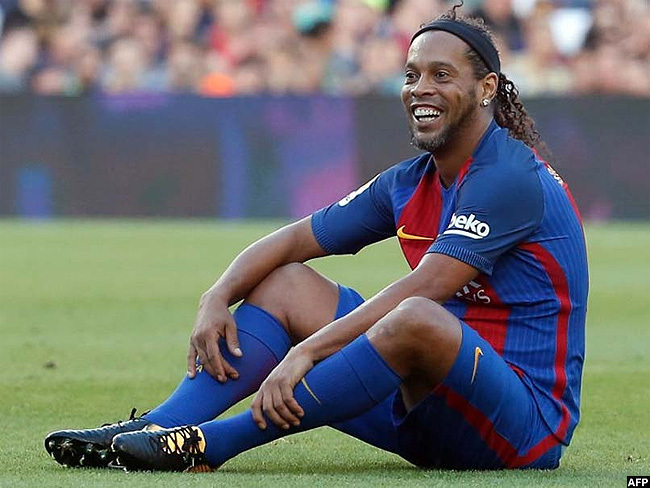 Ronaldinho is considered one of the greatest footballers of all time

There had been rumors he needed to use the Paraguayan document because his real passport had been seized by Brazilian authorities in late 2018 after he failed to pay a $2.5 million fine for building a pier in a protected lake.

But it was returned to him a year later following an agreement with the public prosecutor in Rio Grande do Sul state.

As both countries are part of the MERCOSUR trade bloc, travelers between Brazil and Paraguay need only carry an identity document rather than a passport. 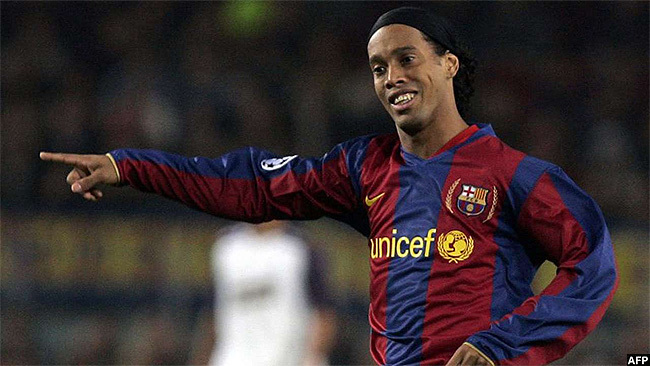 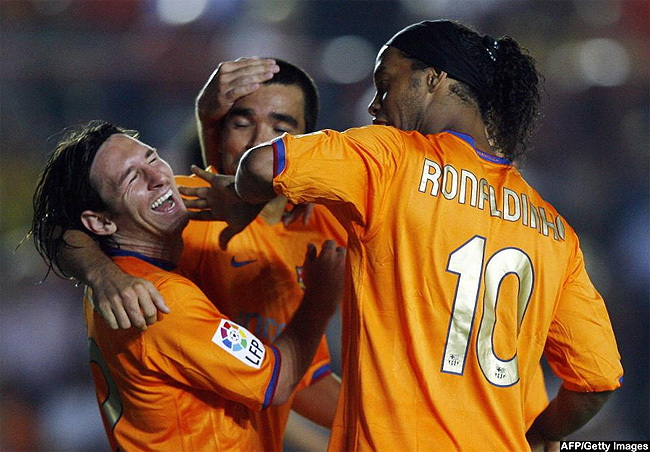 Ronaldinho was a star of Brazil's 2002 World Cup win 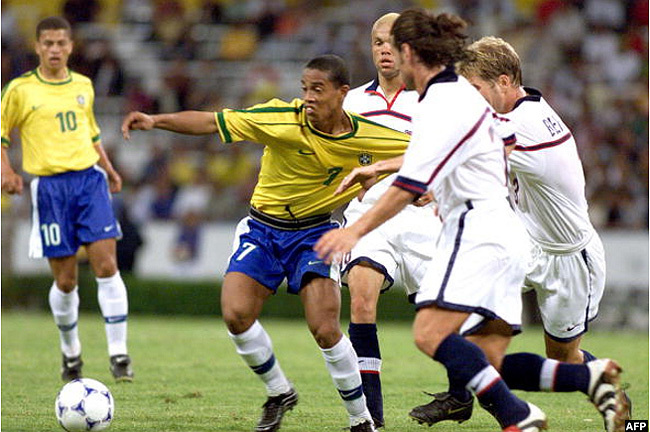 Ronaldinho was a trickster on the pitch . . . 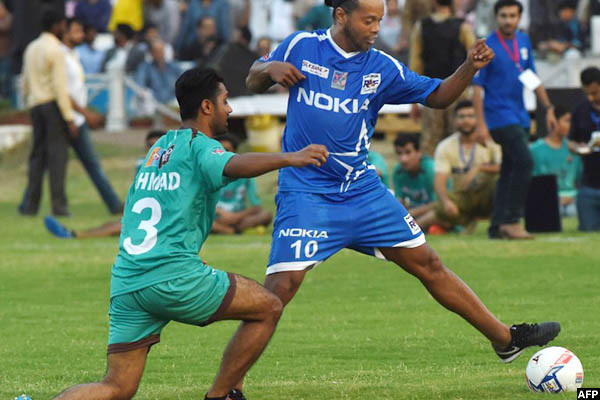 Survey results raise questions over use of nets to control malaria

How does malaria continue to kill millions?