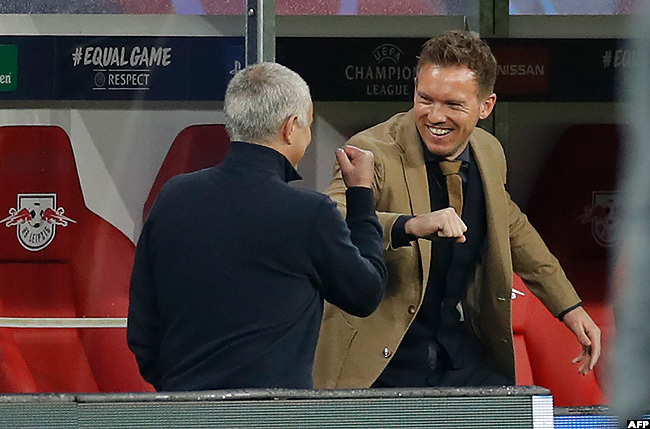 Tottenham crashed out of the Champions League as RB Leipzig cruised to a 3-0 win on Tuesday to progress to the quarter-finals for the first time 4-0 on aggregate.

Leipzig captain Marcel Sabitzer struck twice in the first 21 minutes to put the tie to bed before substitute Emil Forsberg added the third late on with his first touch.

Unlike many fixtures across Europe this week, there were no restrictions on supporters attending due to the spread of coronavirus and the Leipzig fans were able to enjoy a nerve-free evening.

However, it was at the other end that they buckled inside the opening quarter of the game as two errors from Hugo Lloris in goal turned a tough task into an impossible one. 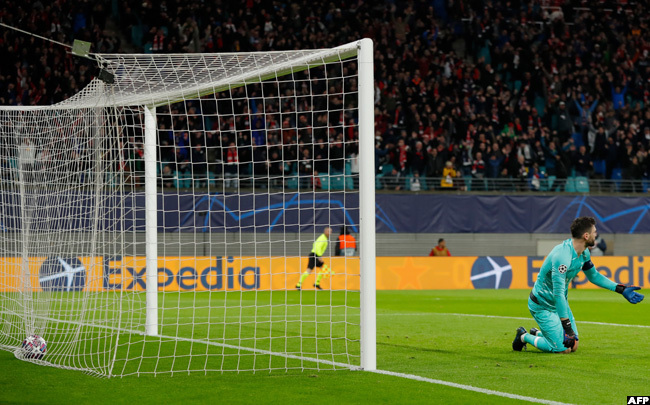 Mourinho left club record signing Tanguy Ndombele on the bench after publicly criticising the French midfielder's desire in Saturday's 1-1 draw at Burnley, but the switch to a 3-4-3 formation did little to prevent Spurs' winless streak in all competitions stretching to six games.

Leipzig took just 10 minutes to open the scoring when Lloris did not get a strong enough right hand to stop Sabitzer's strike from outside the box finding the bottom corner.

Timo Werner then fired home from close range only to be denied by the offside flag as Leipzig opened up the Tottenham defence at will.

And the visitors did not learn their lesson as Serge Aurier was caught napping by a purposeful burst from Angelino. 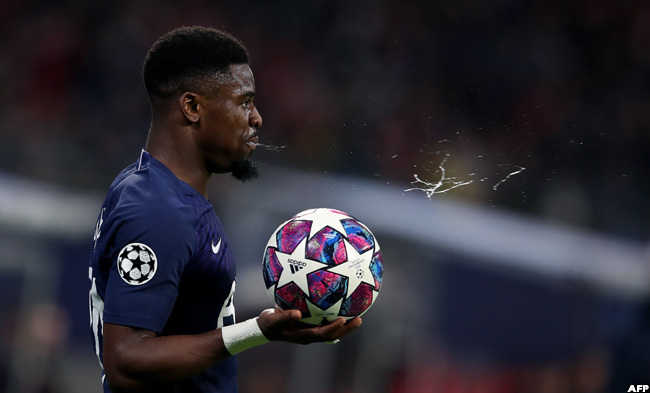 Serge Aurier was caught napping by a purposeful burst from Angelino

The Manchester City loanee's cross was met by a powerful header by Sabitzer, but Lloris should still have done better to keep the ball out at his near post.

Lloris did make some measure of amends by saving from Werner and Patrik Schick to keep the score down before half-time, while at the other end Peter Gulasci was finally forced into action by Erik Lamela.

Spurs produced a remarkable fightback from 3-0 down on aggregate away at Ajax in last season's semi-finals to make the final for the first time in the club's history thanks to Lucas Moura's hat-trick.

But in keeping with their collapse since that night in Amsterdam last May, Mourinho's men lacked the quality and belief needed to reproduce that thrilling fightback. 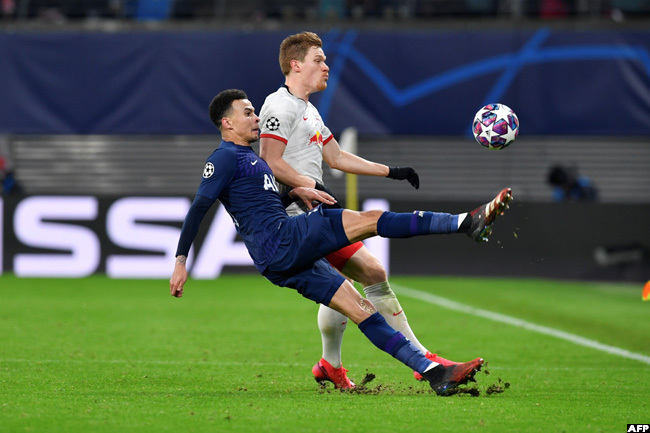 Moura was again the one source of inspiration as he teed up Dele Alli for Spurs' best chance of the night, but the England midfielder's mishit effort was easily saved by Gulasci.

Forsberg was more clinical just 32 seconds after replacing Sabitzer to fire into the far corner three minutes from time.

Tottenham's season now hinges on refinding their form in the Premier League if they are not to miss out on the Champions League for the first time in five years.

Spurs are languishing in eighth in the Premier League, seven points adrift of the top four, and in desperate need for Mourinho to exact revenge on Manchester United for his sacking last season when the Red Devils visit north London on Sunday. 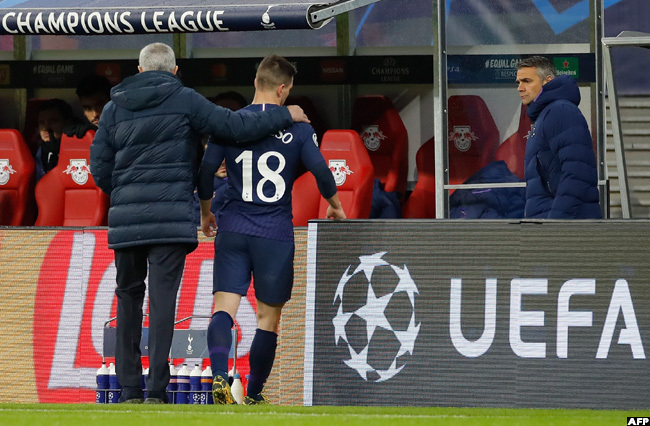 Jose Mourinho will now turn his attentions to the Premier League

Here is how New Vision covered the game on social media:

🤔I wonder what a relaxed Jose Mourinho✋🏽 would tell an under-pressure Jose Mourinho👊🏽. "Keep calm, Jose!" Tonight, his side will need every ounce of calmness as they seek to turn around a 1-0 deficit. | #VisionSports