We are ready to win - Nakiyimba
Next Story

“I had good starts, the wind was very strong for me and everything was okay..."

“I had good starts, the wind was very strong for me and everything was okay..."

Sailing on a standard boat, the 48-year old beat 35 competitors to the annual champions on 6 points with two discards from eight races, that started on Friday.

"I had good starts, the wind was very strong for me and everything was okay," Al Bush said.

"This is one of my best courses; the winds and waves are okay, I like it here because the winds are medium. I lived in Dar-es-salaam for many years the conditions are perfect so I did a lot of practice," Bush who sails at least twice a month said. 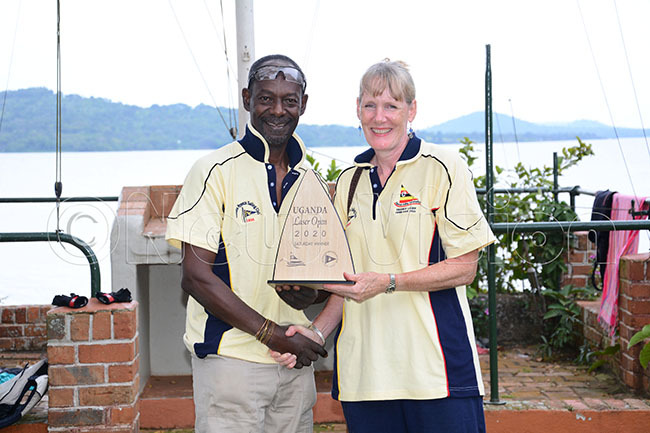 "But I learned to sail here in Kaazi as a teenager so this is like home,"

Mussa Ngahama, Stephen Luswata, and Barnaby Dykes won the day's races from Friday, Saturday, and Sunday respectively. The tournament also had 11-year old Max Horemans a pupil at ISU and only competing for the second time, finish 30th on 160 points.

Sailors, boatmen and support staff pose after the Uganda Laser Open at Kaazi.

The sailors will now prepare for the Naivasha Open, March 28-29 in Kenya.

Commodore Annabel Bowerman thanked the sailors for exhibiting a great sense of sportsmanship and competition over the three days.

Is there public relations in Uganda?

Good public relations is a must have

Good public relations is a must have