Two other Champions League matches are scheduled to be played in empty stadiums.

The coronavirus crisis has affected many sporting events around the world. (AFP)

Two other Champions League matches are scheduled to be played in empty stadiums.

Barcelona's Champions League round of 16 return match against Napoli scheduled for March 18 has been ordered to be played behind closed doors because of the coronavirus outbreak, both clubs announced Tuesday.

"The Champions League match scheduled for Wednesday, March 18, between FC Barcelona and Napoli, will be played at Camp Nou behind closed doors," the Spanish giants said on Twitter.

Two other Champions League matches -- Tuesday's tie between Valencia and Atalanta in Spain, and Wednesday's Paris Saint-Germain v Atletico Madrid match -- are scheduled to be played in empty stadiums in efforts to curb the spread of the killer virus. 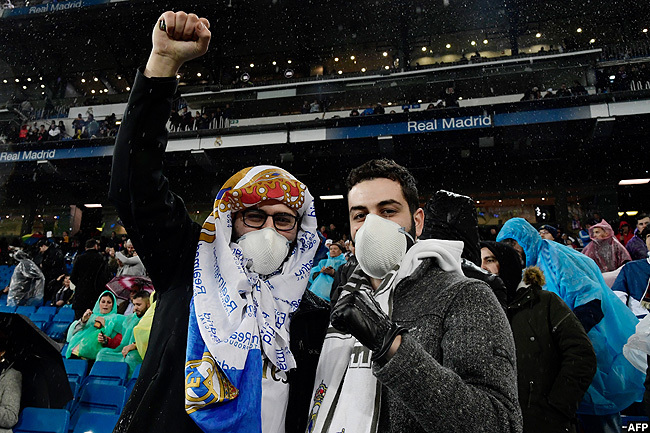 Two Real Madrid fans pose wearing protective masks in the light of the novel Coronavirus, COVID-19, outbreak before the Spanish League football match between Real Madrid and Barcelona at the Santiago Bernabeu

PSG's match at the Parc des Princes was forced behind closed doors after the French government announced a ban on all gatherings of more than 1,000 people in a country where 1,412 cases of COVID-19 infections have been recorded and 25 deaths.

The announcement was closely followed by the postponement of the Six Nations rugby match between France and Ireland scheduled for Saturday in Paris.

Spanish club Valencia's match against Atalanta was considered high risk and ordered behind closed doors because the Italian side come from Bergamo in the Lombardy region, one of the areas of Italy most affected by the virus.

Italy, Europe's worst-hit country with 9,172 cases and 463 deaths, on Monday banned all sporting events until April 3, suspending all Serie A football fixtures. 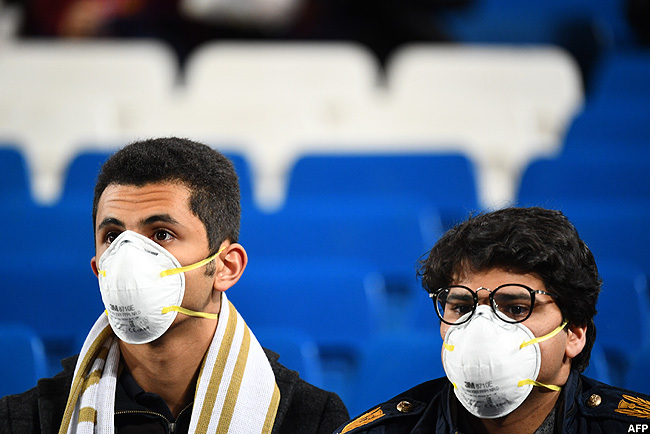 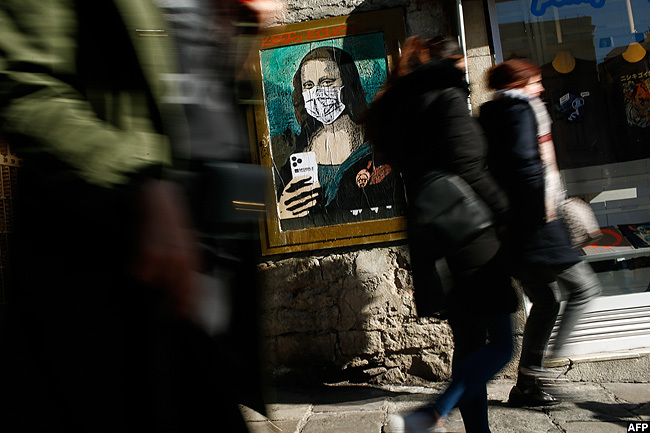 People walk by a poster by Italian urban artist Salvatore Benintende aka "TVBOY" depicting Leonardo da Vinci's Mona Lisa  wearing a protective facemask and holding a mobile phone reading "Mobile World Virus" in a street of Barcelona, a week after the World Mobile Congress was cancelled due to fears stemming from the coronavirus that sparked an exodus of industry heavyweights

Former PS lauds Museveni for allowing him serve for long