Pope tells priests to go out and meet the ...
Next Story

Chinese tourists are kept away by new Japanese measures requesting everyone from China and South Korea self-quarantine for two weeks.

A small number of tourists visit the nearly empty Sensoji temple in Tokyo's Asakusa district on March 9, 2020, as tourism across Asia drops due restrictions in place because of the COVID-19 coronavirus. (Photo by CHARLY TRIBALLEAU / AFP)

Chinese tourists are kept away by new Japanese measures requesting everyone from China and South Korea self-quarantine for two weeks.

In Tokyo's Tsukiji fish market, restaurants normally thronged with tourists hoping to sample some of its renowned sushi stand empty, victim of the coronavirus that is battering Japan's tourism sector.

Cook Hiroshi Ota, 61, said nearly three-quarters of his customers in normal times are Chinese tourists, but they are kept away by new Japanese measures requesting everyone from China and South Korea self-quarantine for two weeks.

"It was normal until around December but after that, people stopped coming from China during the Lunar New Year. The streets and shops here are nearly empty," he told AFP.

The tuna shop next to his restaurant has closed down temporarily as customers have dried up and operating costs remain high, he said. All around, shops normally packed for lunchtime service have lowered their corrugated iron shutters. 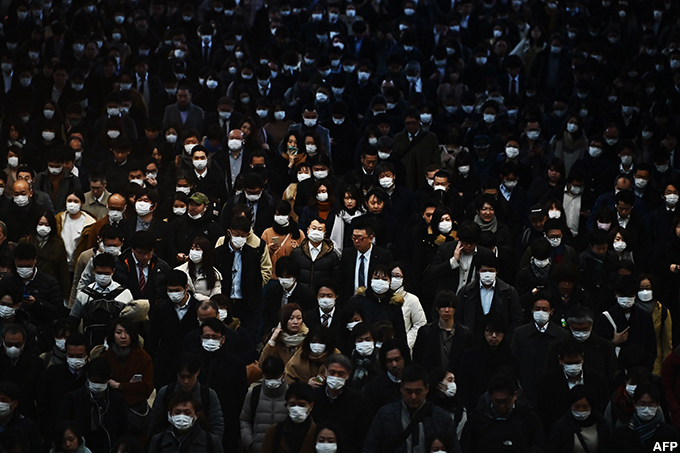 Noriko Suzuki, 63-year-old selling sea urchins and oysters at the market, said: "I haven't seen a single person on the street this morning," complaining of a "sharp drop" in customers, especially from China, since the outbreak of the virus.

Prime Minister Shinzo Abe has set a target of 40 million tourists to visit Japan in 2020, as the country gears up to host the Olympic and Paralympic Games.

But the coronavirus that has infected more than 110,000 people worldwide, including more than 500 in Japan, has dampened tourism around the world and even cast a question mark over the Games themselves.

According to the Japan National Tourism Organization, visitors from South Korea and China made up about half of all inbound tourists in 2018, the latest available figures.

Tourism had already dropped significantly from South Korea -- down 64 percent in November 2019 compared to the same period the year before -- as Tokyo and Seoul became embroiled in a spat over trade and Japan's wartime history.

Chinese and Korean tourists "have disappeared" from the street, said one woman selling food at Senso-ji, a temple in Tokyo that is one of the capital's biggest tourism draws.

The usually packed streets are much quieter than usual with "less than half" the usual number of tourists, said a vendor at a travel bag shop on the street leading up to the temple. 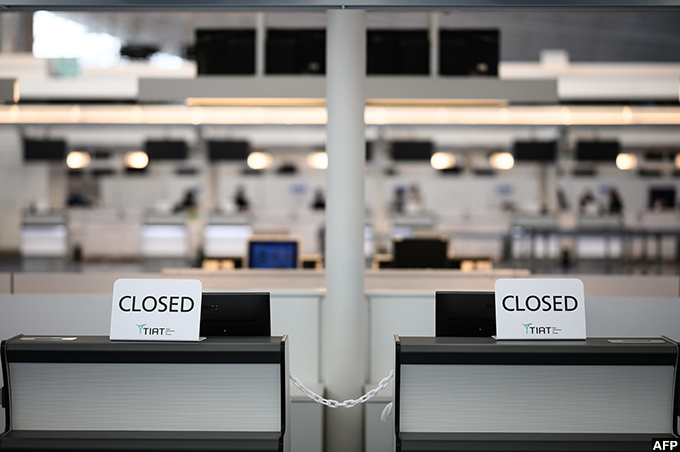 "We have to live with this for the time being but the media should not get too excited about the virus. It generates a negative feeling and also affects businesses that are doing fine," said the woman, who declined to give her name.

On the northern island of Hokkaido, tourism has "dropped significantly" because of the coronavirus outbreak, said Masahi Isobe, from the local tourism office.

"Chinese tourists account for more than one-quarter of foreign travellers to Hokkaido. With the government measures, there will be no Chinese or Korean visitors here and this will make a huge impact," she told AFP.