TOP Sport STORY
a year ago .
Formula One 2020 season: Drivers guide
We look at the drivers due to fight it out in the championship:

Lewis Hamilton will launch his bid to equal Michael Schumacher's total of seven world championships and break a clutch of other F1 records when the Australian Grand Prix opens the 2020 season on Sunday.

AFP Sport looks at the drivers due to fight it out in the championship:

- After 84 wins from 250 starts and six titles, including the last three in succession, the 35-year-old defending champion starts out as favourite again and shows no signs of age or easing off.

He is eight wins from overhauling Schumacher's record 91 wins entering his 14th year and has an untouched combination of pure speed, race-craft, consistency and tactical guile that, in a near-perfect team, can at times make him untouchable.

- Fast, focused and battle-hardened after three years alongside Hamilton, Bottas should be his nearest rival if he can find his best form, remain consistent and avoid a mid-season dip.

Now 30, he has to add to his seven wins and find the mental strength required after a difficult 2019 in which his marriage broke up and perennial doubts over his future with the team had a negative affect. 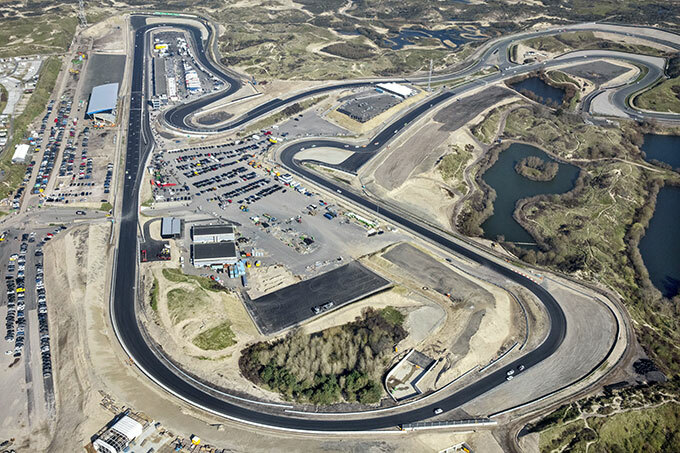 This aerial photo taken on March 7, 2020, shows the Circuit Zandvoort, in Zandvoort, around 30 kilometres west of Amsterdam, where the 2020 Formula 1 Dutch Grand Prix is scheduled to take place. AFP PHOTO

- The four-time champion, now 32, has struggled to find the magic formula to land the scarlet scuderia's first drivers' crown since 2007 and faces a more daunting challenge this year following Charles Leclerc's emergence as a star with sensational natural speed.

His agitation with in-team politics was a theme of last season, which he must firmly distance himself from if he is to rise again as a serious title contender in what appears to be a make-or-break season.

- Entering his third season in F1 and second with Ferrari, the 22-year-old has already demonstrated prodigious talent by taking seven poles, winning twice and outpacing Vettel in his maiden year at Maranello, including an emotional triumph at Monza.

That positioned him as a real contender who, along with Red Bull's Max Verstappen, can unsettle the old guard and give his own team boss Mattia Binotto a difficult task in managing his fast and sometimes furious (with each other) pairing.

- Despite 102 race starts, the erstwhile "Mad Max" is still only 22, but has found a maturity to justify his billing as the man most likely to unseat Hamilton from his throne. Much will depend on the power supplied from the team's Honda engines this year.

He had nine podiums and three wins last year, enlarging his total to eight, when at times he looked unbeatable, on tracks that suited his car. An improvement on that, allied to a focus on the ultimate prize and just the immediate race, could see him run the champion close.

- The London-born softy-spoken Thai driver, aged 23, was one of last year's surprise success stories as he turned from Toro Rosso rookie into a threat to Verstappen's hegemony.

This season should see more improvement as he collects his first podiums and possibly a maiden win to elevate himself among the leading contenders for regular top-six finishes. His gentle demeanour hides a determined and accomplished racer with a big future.

- After five years in F1 and at the age of 25, Sainz is poised to realise his potential and continue McLaren's recovery from dismal also-rans to leading mid-grid runners with a chance of snatching podiums. 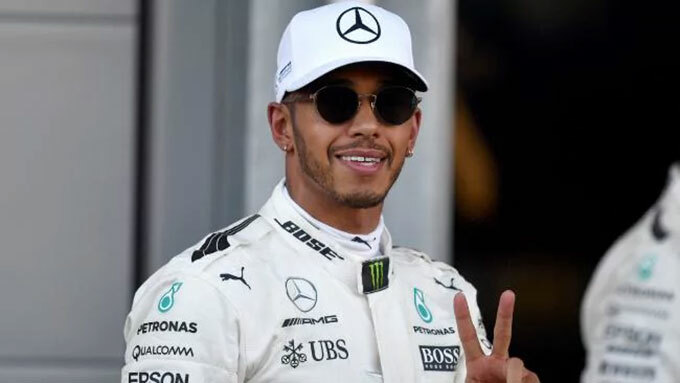 - Only 20, fast and focused, Norris enjoyed a very strong rookie season alongside his Spanish team-mate and they formed a very solid partnership. He matched Sainz's pace and often out-qualified him.

With a full season under his belt, he should improve his weaknesses in starts and race-craft and can take another step towards establishing himself among those drivers at the head of the chasing pack.

- Still ambitious at 30 and after eight full seasons, the Australian faces a new in-team challenge this year in the form of the highly-rated Esteban Ocon.

Ricciardo's 2018 move from Red Bull, where he had outpaced Sebastian Vettel before the arrival of Max Verstappen, has been followed by only flashes of his dashing best form. Restricted by Renault's under-performance - they have recruited Pat Fry to improve the chassis - Ricciardo has to step up and challenge the top six.

- Back after a year's sabbatical 'on the bench' at Mercedes, Ocon will give Ricciardo a serious test this year. Fast, determined, unafraid of tough battles, he proved himself with Manor and Force India and has completed 50 races.

Aged 23, he is hungry for action and success. He was GP3 champion in 2015 and has risen to the top on merit after his garage mechanic father Laurent made huge sacrifices to ignite his karting career. Clever and controlled, he is tipped for the top.

- Fatherhood has combined with a second coming to propel the likeable 25-year-old back into F1 with a key role in a strong midfield team, as Toro Rosso are renamed after a giant red star, the Taurus constellation.

Most of Kvyat's rollercoaster career has seen him with Red Bull or their sister team struggling for consistency, but he claimed a fine podium in Germany last year to secure a lead role alongside Pierre Gasly, who returned from Red Bull in mid-2019. Together they completed the team's best-ever 85 points haul for a season.

- The 2017 GP2 champion made a spirited response when dropped from Red Bull to the Toro Rosso sibling team and formed a strong pairing with Kvyat, finishing an impressive second in Brazil en route to seventh in the championship.

Now recovered, at 24, from a tough experience alongside Verstappen early last season, he has the speed and craft to maintain his best form and help AlphaTauri live up to their new name and image.

- Still winless after 176 Grands Prix, the 30-year-old Mexican goes into his seventh year with the Silverstone-based team as one of the most reliable drivers on the grid. Ambitions for the outfit, backed by Canadian Lawrence Stroll who has bought heavily into Aston Martin, have risen and with that expectations of improved results.

Fast, economic with tyres and a clever over-taker, Perez will seek to re-establish his credentials to stay in 2021 when the team is re-branded as an Aston Martin works squad.

- The 21-year-old son of team owner Lawrence Stroll has shaken off talk of his cushioned arrival in F1 with Williams in 2017 and shown raw speed and a competitive zeal that has been bolstered by his two years alongside Perez.

Improved consistency and concentration has shown signs of paying off and with a car improved by heavy investment in the team, 2020 could see Stroll and Perez enjoy a strong season at the head of the midfield battles.

- Once derided as too young and inexperienced to merit an F1 seat, on arrival with Sauber in 2001, the 40-year-old Finn is the most experienced man in the field. After vintage years and the 2007 drivers title with Ferrari, plus seasons elsewhere, he is back where it all began, albeit under a new brand name for the Swiss team.

Unquestionably fast when his machinery is to his liking, Raikkonen scored nine points finishes last season and can improve on that this year, but is unlikely to add to his 21 victories.

- A focused and successful end to the 2019 season rescued the 26-year-old Italian's future after he had looked certain to be released following an unimpressive and luckless opening half-year, including crashing at Spa.

The 2016 GP2 runner-up, behind Gasly, could emerge as an improving threat to reliable Raikkonen and secure a solid midfield place if he can maintain his progress.

- After 164 Grands Prix and ten podium finishes, the 33-year-old former GP2 champion remains as unpredictable as ever. Decisive, fast and spectacular at his best, he can also lose his way technically and temperamentally.

After a confusing 2019, when the team were troubled by aerodynamic issues, he and Haas will be aiming for a major improvement and a smooth intra-team relationship with his often-uncompromising team-mate.

- The 27-year-old Dane claimed a second-placed podium on debut with McLaren in 2014 and has been without a repeat since that day. Fast and furious, famed for his aggression, Magnussen has been with Haas since 2017.

After 102 race starts, he is, like Grosjean, in need of an upturn in fortunes to revitalise belief in his early potential.

- Despite enduring a year of running at the back of the field in a sub-standard Williams, the 22-year-old former GP3 and F2 champion Russell is a Mercedes academy graduate who impressed many with his poise and potential during his rookie season.

He out-qualified his vastly more experienced team-mate Robert Kubica over the season and showed flashes of great quality in some races where he was less disadvantaged by his uncompetitive car.

- Like Lance Stroll, the 24-year-old Latifi is the son of a billionaire whose sponsorship of Williams has appeared to ease his passage from finishing second in the F2 championship with three race wins.

The team will need to ensure he has a decent car to enable him to learn rapidly from an established if younger team-mate in what promises to be a challenging rookie season in F1.