This picture taken on March 7, 2020 shows a view of a Nile cruise ship moored off the bank of the river in Egypt's southern city of Luxo. (Photo by - / AFP)

Scores of foreign tourists and Egyptian crew Monday remained quarantined aboard a Nile River cruise ship from which 45 suspected coronavirus cases have been evacuated, people aboard told AFP.

US, French and Indian nationals were among those stranded on the three-deck ship docked near the southern tourist city of Luxor, they said.

Egyptian authorities had Saturday reported moving 45 suspected cases -- 33 passengers and 12 crew members into isolation on land, without specifying what happened to the others aboard the "A-Sara".

"There are about 80 people on board, crew members and travellers, confined in quarantine for 14 days," Philippe Gruwe, 54, a member of a French tour group, told AFP by phone Monday. 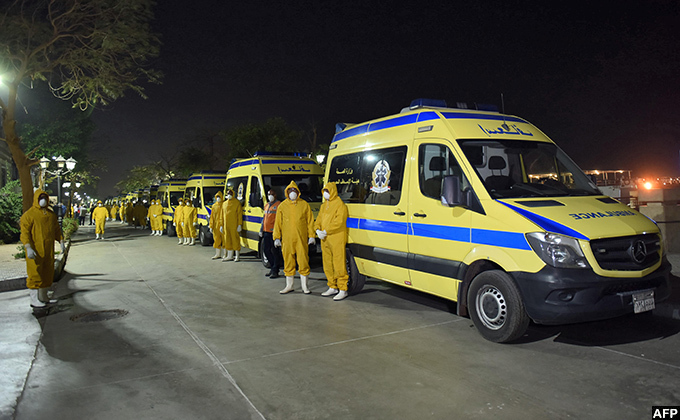 Gruwe said his 53-year-old wife was among those who had tested positive for the virus and had been transferred to a hospital in Marsa Matrouh, a northern Egypt resort town.

"We are worried -- people here would prefer to be quarantined at home," in France, he said, also expressing concern that he could not reach his wife in hospital.

Egypt on Sunday reported the country's -- and Africa's -- first death from the virus, a 60-year-old German tourist who died in a Red Sea resort in eastern Egypt.

Until late last week, Egypt had reported just three cases of the novel coronavirus, at a time when France and other countries had reported suspected cases among travellers returning from the north African country. 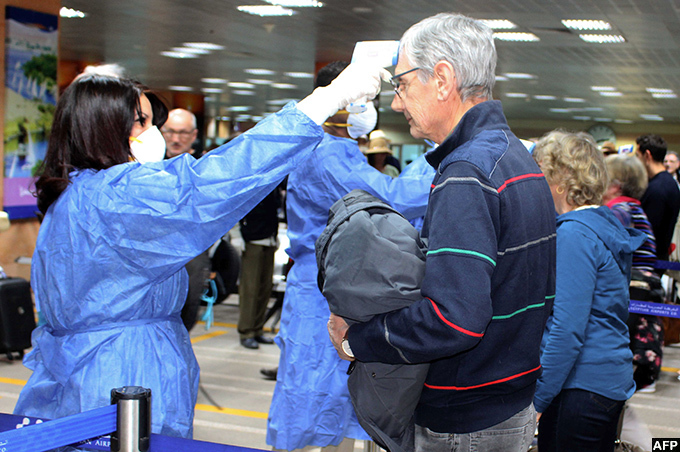 On Monday, Egypt's health ministry said the total number of known cases had risen to 55.

Gruwe recounted that on Friday the tourists had been scheduled to visit a temple in Luxor but that the ship was instead re-routed away from shore.

"We weren't given an explanation at the start of the day as to why they were pulling the ship away from the dock," he said.

He said around 30 French tourists were left on board the cruise ship, while about 15 had been transferred to hospital for treatment.

AFP contacted the French embassy in Cairo but was unable to gain details about the French citizens aboard.

Another French passenger, Lucas Bonnamy, 19, posted a "SOS" message on Facebook on Saturday criticising the quarantine conditions on the ship.

On Monday, he confirmed to AFP that he was still on the ship, in quarantine, after two members of his family were evacuated. 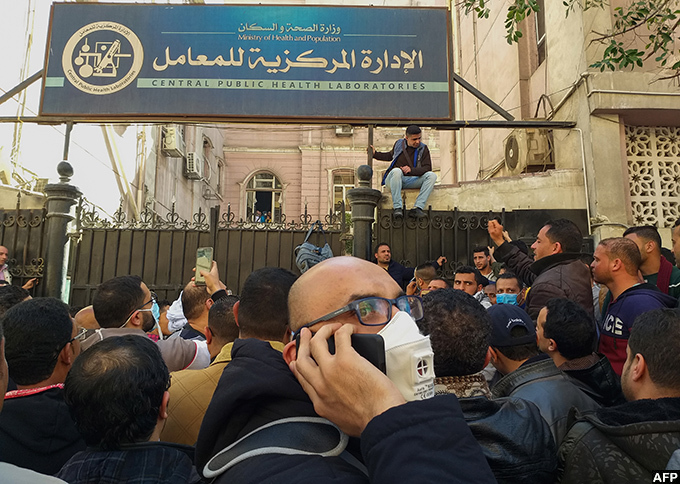 He said those held in hospital isolation units in Marsa Matrouh were fearful "for their own lives".

"Everyone was caught off-guard. The separation from our family has been very painful," he added.

He praised the tour guides on board for keeping cool and managing "to calm things down" but added that "we want quick repatriation because we are very worried".

Others aboard included US and Indian citizens, the French passengers said.

US embassy spokesman Sam Werberg in Cairo told AFP that "we are in the process of making contact with all American passengers".

The Indian embassy in Egypt confirmed the presence of 18 Indian nationals in a Sunday tweet, noting some of them had tested positive for the virus.