Safety concerns on day one of IUEA Jinja Rally

The Kyabazinga of Busoga, William Wilberforce Gabula Nadiope IV, tried out the course. (Credit: Johnson Were)

JINJA - Day one of the International University of East Africa (IUEA) Jinja rally ended prematurely when the clerk of the course, Alfred Mutanda, stopped it over safety concerns for fans and drivers.

Mutanda took the decision before run one ended after two cars lost control and rammed into spectators.

Yasin Nasser and another driver lost control and almost injured fans, who were forced into a frenzied stampede to escape being hit.

"I decided to stop the event because the safety was not okay and I will give all the drivers who have not driven the best time of those who finished," said Mutanda. 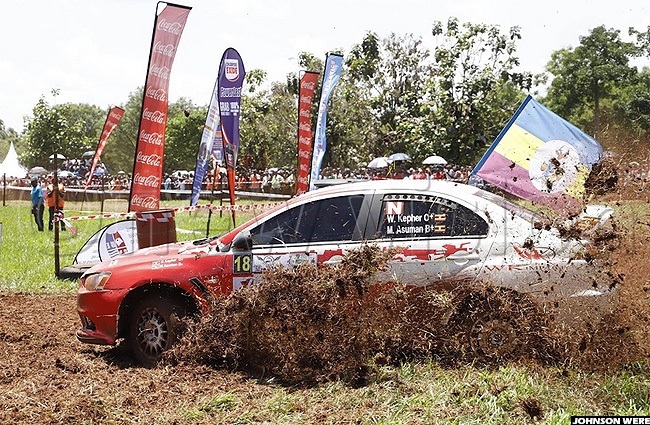 After stopping the event, Mutanda allowed the Kyabazinga of Busoga, William Wilberforce Gabula Nadiope IV, Rajiv Ruparelia, Ronald Ssebuguzi, Duncan Mubiru and Arthur Blick Jr to drive and entertain fans, who had vowed to crash the cars if they did not drive.

Hassan Alwi, navigated by Joseph Kamya in a Subaru Impreza, won day one.

Ronald Ssebuguzi, who drives a Mitsubishi Evo 10 and navigated by Anthony Mugambwa, came in second. 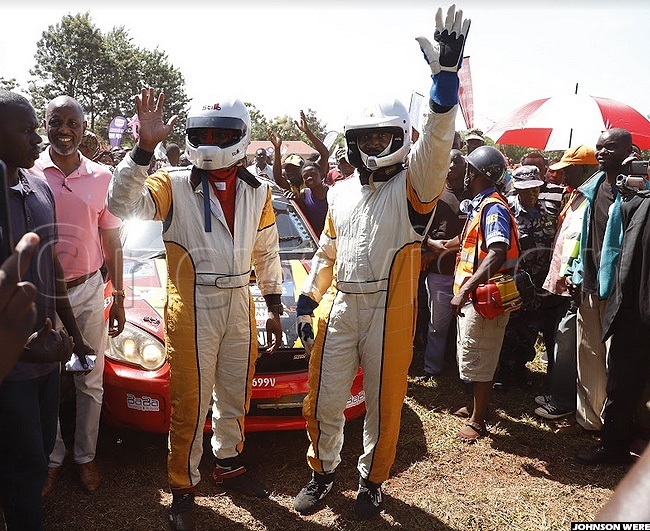