Past school fires in Uganda

A number of learners have lost their lives and property worth millions of shillings destroyed in fires that have been gutting schools in Uganda over the years.

A number of learners have lost their lives and property worth millions of shillings destroyed in fires that have been gutting schools in Uganda over the years.

A dormitory at Gayaza High School; Kennedy and Corby on Friday evening caught fire. The cause was not known by press time.

The fire broke out at around 8:00 pm when most of the students were attending their evening studies. Kampala Metropolitan Police Spokesperson Patrick Onyango confirmed the fire outbreak, noting that the police team had dispatched its officers to help fight it out.

In the same night, pupils of Zigoti Standard Primary School in Mityana district, escaped unhurt after their dormitory was set ablaze by suspected arsonists. 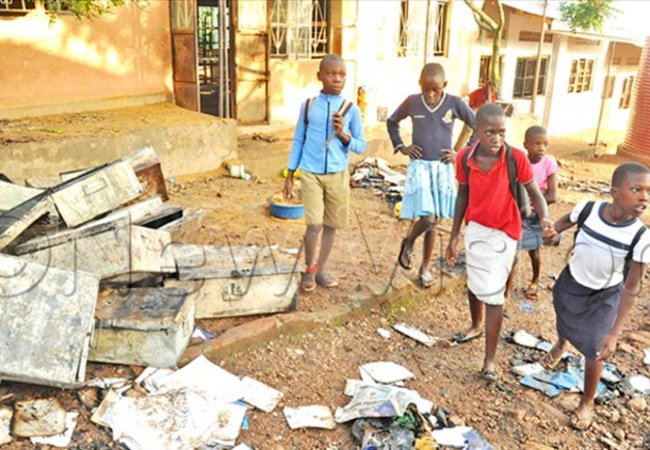 According to the residents, someone opened the door at around 3 am and poured paraffin in the dormitory. He then lit the fire and took off.

Mityana District Police Commander Mwine Mukono said the fire brigade will issue a report indicating what they will have found out about the fire.

A number of learners have lost their lives and property worth millions of shillings destroyed in fires that have been gutting schools in Uganda over the years. Below are some of them:

Firemen battled for close to two hours on a Friday night to put out a fire that destroyed Elgon dormitory at Wairaka College.

By the time the combined force of Jinja Police fire brigade and Kakira Sugar Works Ltd contained the flames, property worth millions of shillings had been destroyed. The affected dormitory was housing only Senior One learners. None of the children was in the house when the fire started so no fatalities occurred.

On Sunday, November 11, 2018, unknown people torched a Senior Three dormitory. 10 students were killed and 37 injured as well as the destruction of property worth millions of shillings.

The six suspects were remanded in Masaka Prison.

They include students of  St. Bernard's Mannya SS and they are Alex Taremwa, 18; Junior Mugarura, 18; Dickson Kisuule, 18 and Niyo Edison 21. Others include Michael Tayebwa, a security guard and a police officer Steven Nzeyimana. 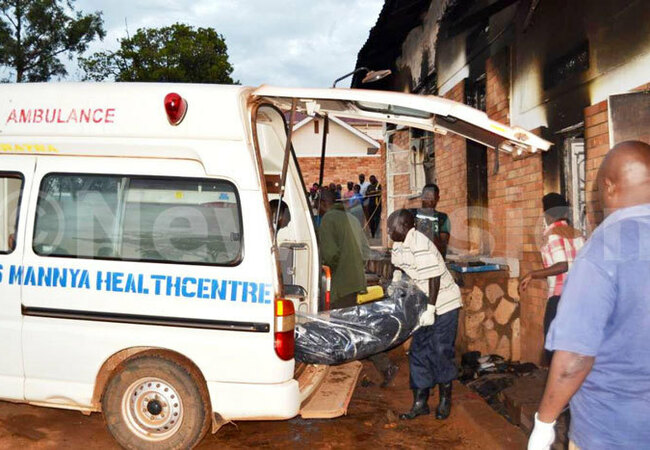 Bodies St. Bernard's -Manya SS fire victims being taken to Mulago Hospital for DNA tests before they are given to relatives for burial

The suspects have appeared in court a number of times, hoping the case will take another step, such as committal, only to be returned to prison.

The students have 10 counts of murder, 37 of attempted murder, 2 attempted arsons and one malicious damage. But Tayebwa and Nzeyimaana were charged with negligence of duty. 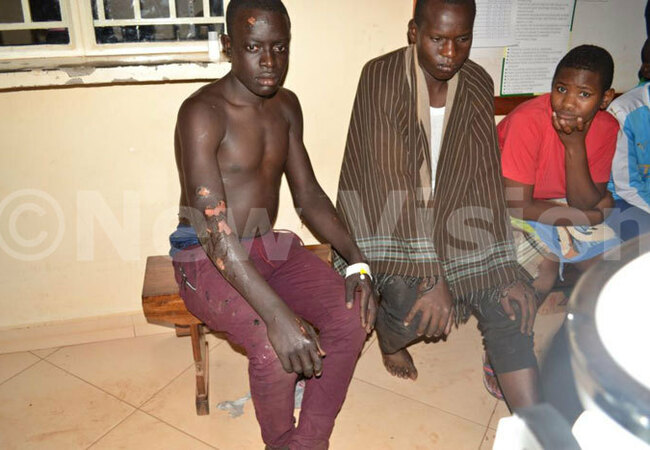 Some of the survivors at Mannya Health Centre

The body of an unidentified male adult was also recovered at the scene. The school administration said the dead man was not part of their staff.

The dead pupils, (all girls) occupied Nassolo dormitory, which was previously a classroom.

The Police Fire Brigade put out the fire, which had threatened to spread to Ssabaganzi and Ssangalyambogo dormitories.

Nassolo dormitory had two doors, but only one was in use. It had no emergency exit.

A five-year-old pupil was burnt to death while a matron sustained serious burns when a mysterious fire gutted down a girls' dormitory at St Jude PS in Nakasongola on a Thursday morning.

The school administration identified the dead pupil as Eteno Favor,a primary one pupil.

School administrators at Mbarara High School postponed the end of second term examinations that were scheduled to start the following day when a fire razed a dormitory.

300 students of the Addis Ababa dormitory were affected. By the time the fire broke out, they were attending night prep Sunday evening.

The headmaster then, Twinomujuni Benon, said the exams had to be delayed because the affected students lost all their books - plus other property. He said the students had also been affected psychologically. 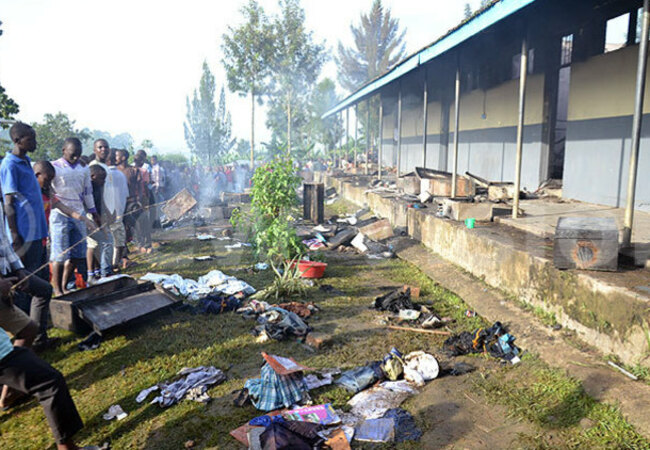 According to the school administrators, the pupils were having supper when the fire broke out, so there were no causalities.

Hundreds of students of Welden College Mbarara were sent back home after a mysterious fire gutted one of the school dormitories on a Sunday evening.

The school's director then, Elias Ssempa said by the time police firefighters were called in, a lot of damage had been done.

The facility was housing 320 students, including Senior Four and Senior Six members. Books and personal belonging were lost in the inferno whose cause is still unknown. 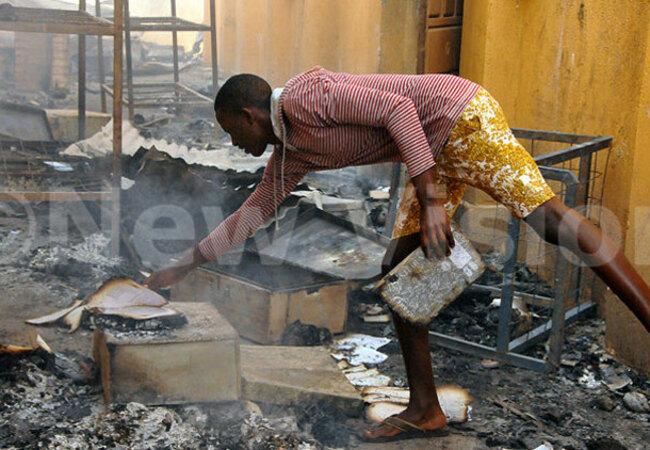 A student of Welden College Mbarara tries to salvage some stuff in the aftermath of the fire. (Credit: Abdulkarim Ssengendo)

According to Silas Tusiime, the then guild president, a student who was heading to the administration block noticed the fire and later reported to the school authorities.

The fire is suspected to have resulted from a short circuit.

Baheesi Hostel housing MUBS students caught fire and it was reported that the fire started from the rooftop of the Bugolobi based hostel.

Makerere University's largest female hall of residence, Mary Stuart caught fire on May 26, 2018. Five students were injured and the property was destroyed.

Priests to be tried in Vatican choir boys abuse case

Priests to be tried in Vatican choir boys abuse case