BIG READ: Kaziimba's journey from grass to...
Next Story

The European Union (EU) has expressed its interest to continue funding Uganda's infrastructure projects in order to ensure the country has the best road network that will create easy access for the transportation of goods and service, the  Head of Delegation of the European Union to Uganda, H.E Attilio Pacifici has said.

Pacific who accompanied Minister of Works Katumba Wamala, officials from Ministry of Finance, Kampala Capital City Authority, Uganda National Roads Authority (UNRA) led by their Executive Director Allen Kagina on a guided tour of the ongoing second phase of the project noted that the EU was proud of the decision they took to support the construction of the Northern Bypass. 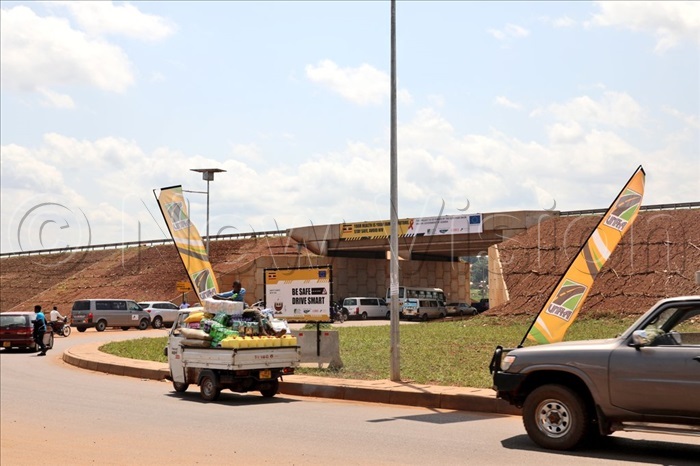 A section on the northern bypass that has been completed

Pacifici noted that even though there were delays in the completion of the project, they should be put in the context of the significant change and specifications the project had been forced to adapt.

He noted that when they decided to fund construction of the road in 2004 which started off with a single lane, "it was very much in line with the traffic than many years ago. But times have changed."

He also announced that they had made a major breakthrough with the Financing of the Jinja Express highway and that they would be meeting the President on Monday to finalize the deal. 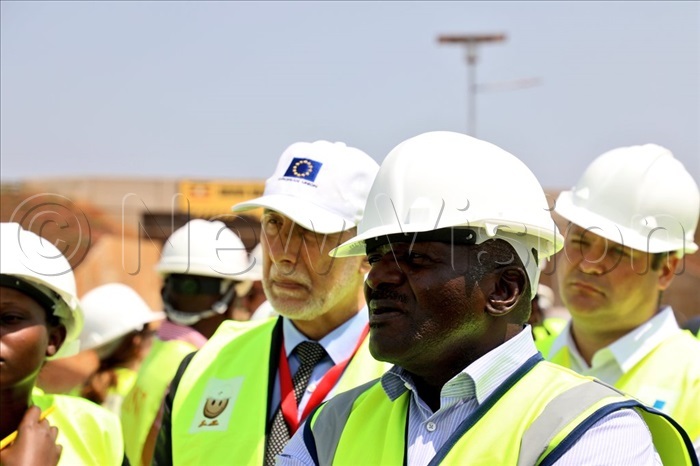 Sections to be handed over include the Busega-Sentema interchange and the Hoima Interchange.

UNRA Director of Roads and Bridges Eng. Sam Muhoozi noted that the project suffered delays due to land acquisition problems and some improvement in designs that UNRA and the Contractor had to undertake in order to make sure that the road served the intended purpose.

"I want to make it now clear that the challenges have been overcome and all the fronts of the road are being worked on. 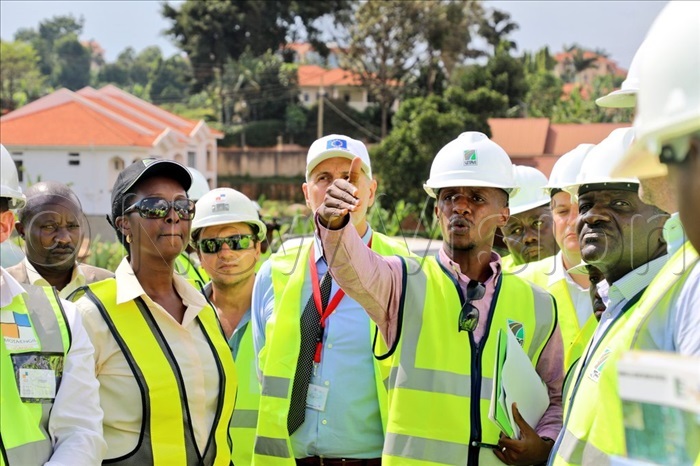 He thanked the EU, Ministry of Finance and Gen. Katumba for the support they had rendered to UNRA. He noted that the Contractor had submitted his claim for the bill that had accrued after his equipment had been rendered idle due to delays in the project but that UNRA was still scrutinizing them.

Katumba noted that the Government ha prioritised the development of Critical infrastructure to accelerate the attainment of overall socio-economic transformation. He noted that the construction of the Northern Bypass has taken a while but the Government was happy with the progress so far made and that the Contractor had given the assurance that the road would be complete by October 2021. 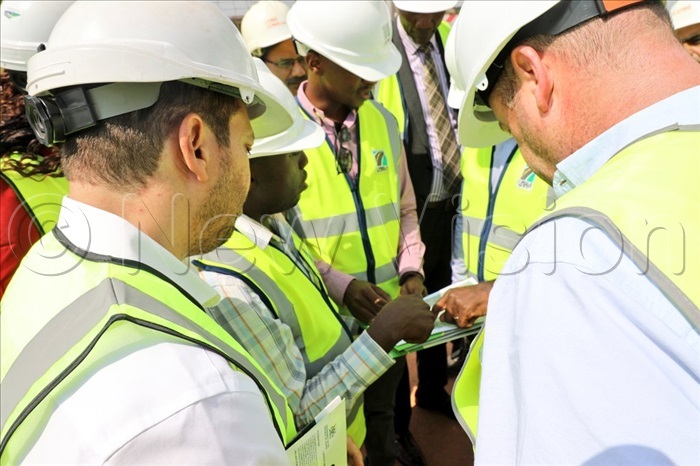 Katumba said that the project aims at improving mobility in and around Kampala through a capacity increase of the Northern Bypass, relieving congestion on this Northern corridor route, reducing travel time and vehicle operating costs.

"Most of you using this road can bear witness that much as it is still under construction traffic flows very between Bwaise and Entebbe Express Highway," the Minister said.

The Minister noted that to achieve the objective of reducing congestion, the project included the construction of an additional carriageway approximately 17.5km long to complete the dualization of the Kampala Northern Bypass to a four-lane dual carriageway road.

It also involved the construction of six new grade-separated interchanges at Sentema, Hoima, Kyebando. Gayaza, Ntinda, and Naalya. "These are intended to separate the express traffic along the Kampala Northern Bypass from the adjoining traffic from connecting roads, for instance, Nabulagala-Sentema, Kampala-Hoima, Kampala-Gayaza," Katumba added. 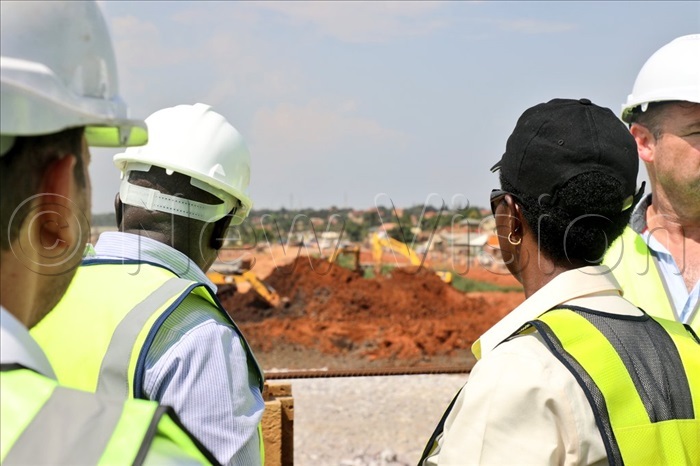 He also noted that three new footbridges had been constructed at Kyebando, Ntinda, and Naalya to allow safe crossing.  "Although our people sometimes leave them and try to challenge the speed of cars by running through roads," Katumba said.

Katumba also said that the contractor had carried out other improvements to cater for better functionality of the road and safety of nearby communities like improved drainage system with large capacity.

He urged KCCA to immediately enforce tough measures to safeguard the road especially in places like Kalerwe where vendors had encroached on the road and started selling products noting that the markets were damaging the roads.

The ongoing second phase of the Kampala Northern Bypass jointly funded by the EU and Government of Uganda commenced in July 2014 with an originally expected completion date of July 2017. 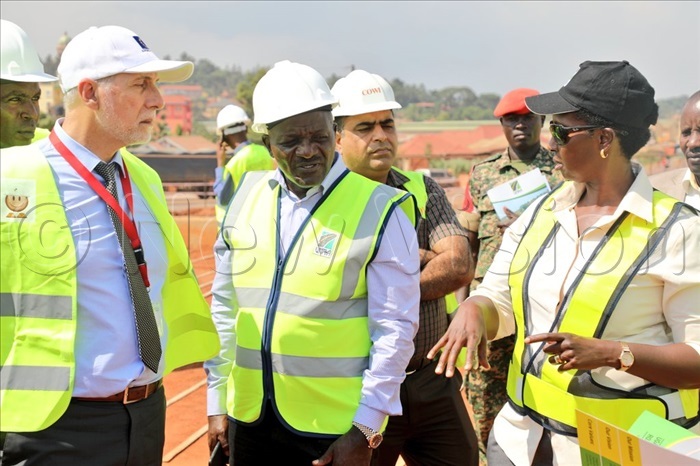 Katumba noted that the contractor had been delayed by close to 2 years due to land acquisition but that they had now been granted 100% access to the construction site in 2019. He noted that they had attempted to bring an improvement on the land law to enable the government to acquire land where it was constructing its projects but many people opposed it.

"You can see the impact. This road should have been delivered in 2019 but on the year of completion is when we gave him the contract. You can imagine the inconvenience they have gone through," the Minister added.

The Minister noted that UNRA had deposited money into courts in cases where families had not contested the amount approved by the Chief Government valuer but were disputing who should receive the money. 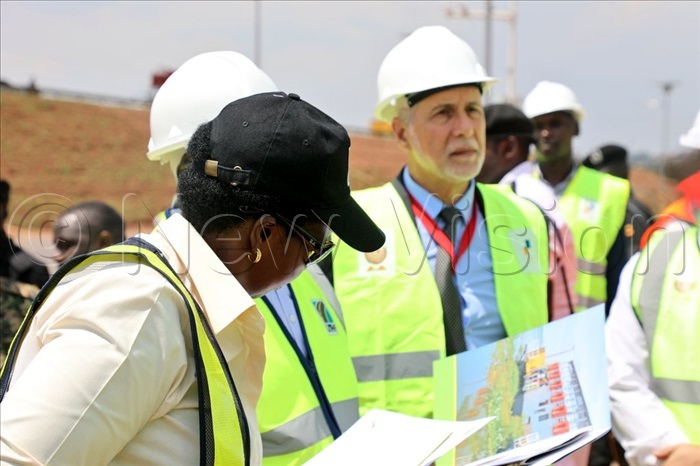 Katumba noted that the UNRA had provided special service ducts to avoid damage on the road by some service providers like the telecom companies.

He noted that they would be firm and that all vehicles heading not meant to pass through the city centre would be diverted to the bypass to avoid congestion.