Odion Ighalo ruined Wayne Rooney's hopes of leading Derby to an FA Cup upset against Manchester United as the Nigeria striker's double sealed a 3-0 win in the fifth round on Thursday.

Ole Gunnar Solskjaer's side were always in control at Pride Park and Luke Shaw opened the scoring before Ighalo took over to dash Rooney's bid to knock out his former club. 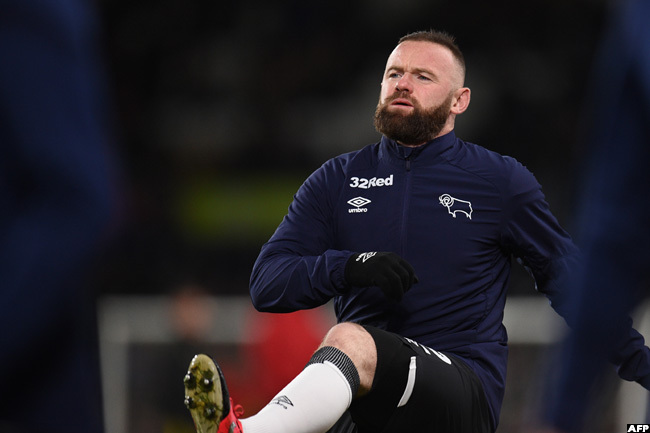 United will travel to Premier League strugglers Norwich in their sixth successive quarter-final appearance in a competition they have won 12 times.

The 34-year-old had spells at Everton and DC United before joining second tier Derby in a player-coach role alongside boss Phillip Cocu in January. 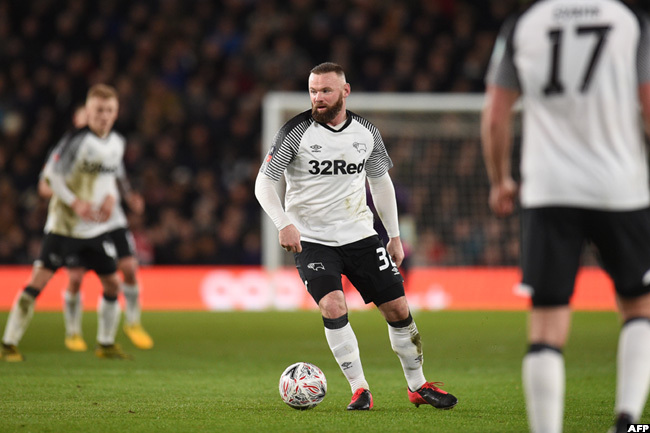 It was the first time Rooney had faced United since playing for Everton in January 2018 and he remains without a goal in seven appearances against them.

Eighteen years after he burst onto the scene as a teenager with a brilliant goal for Everton against Arsenal, Rooney remains one of English football's most fascinating figures and he was the centre of attention as fans from both teams chanted his name before kick-off.

But, no longer the effervescent menace who terrorised defenders with his power and poise, Rooney is playing in a deep-lying role these days and he couldn't quite roll back the years in the face of a composed United display. 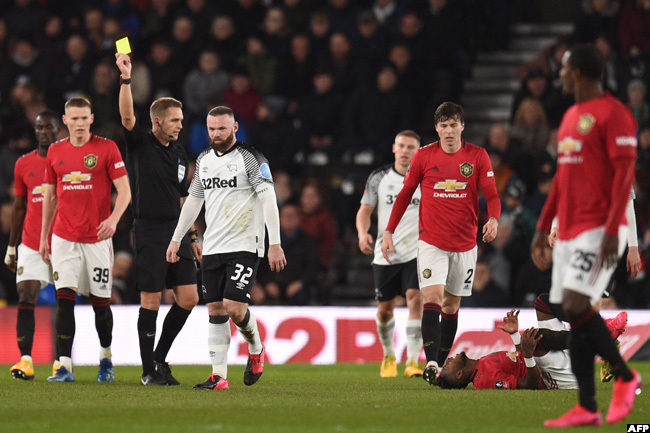 It was not the kind of night Rooney had hoped for

It was a Derby player 16 years younger than Rooney who almost gave the hosts a shock lead when Louis Sibley fired just wide from long-range.

Rooney went even closer with a curling free-kick that forced Sergio Romeo to make a sprawling save at his near post.

There are six changes for United as Romero started in goal for David De Gea after his howler in the draw at Everton last weekend, while Harry Maguire was ruled out with an ankle injury.

Bruno Fernandes, the new idol for United fans, was in the team and the Portugal midfielder was starting to pull the strings. 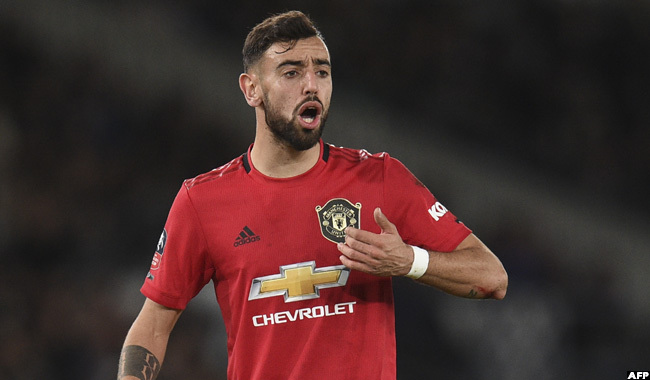 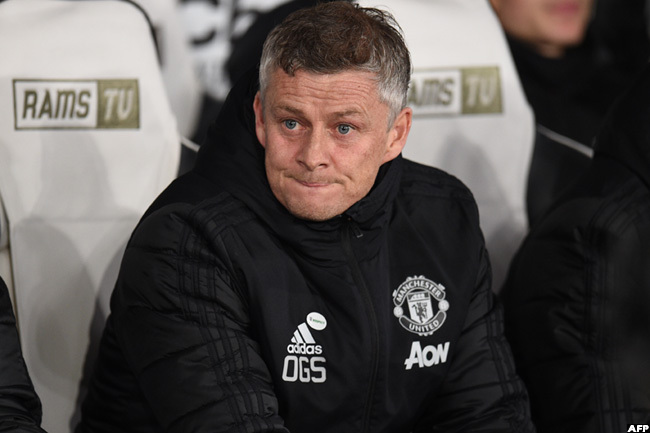 United looked more dangerous once Fernandes heated up and Derby keeper Kelle Roos made a superb save to repel Ighalo's shot from just six yards.

United's pressure paid off with a fortunate opener in the 33rd minute.

Fernandes' shot was deflected high into the air and Shaw met it with a half-volley from the edge of the area, the ball taking a wicked bounce off Jesse Lingard and looping over Roos into the net.

Advancing with intent towards the Derby area, the left-back squeezed a pass into Ighalo, who turned away from two defenders before poking his shot past Roos from six yards. 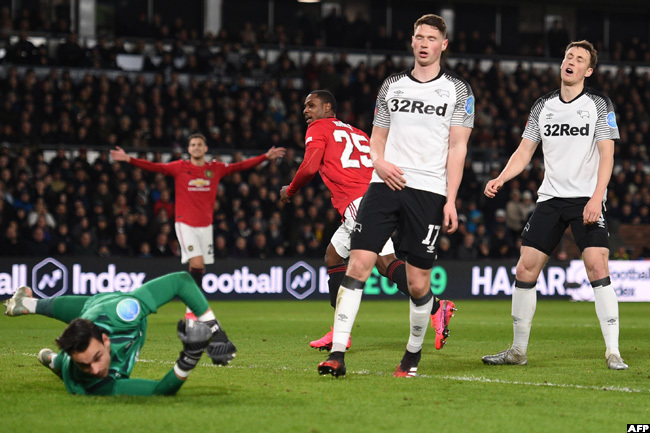 Ighalo scored a brace on the night 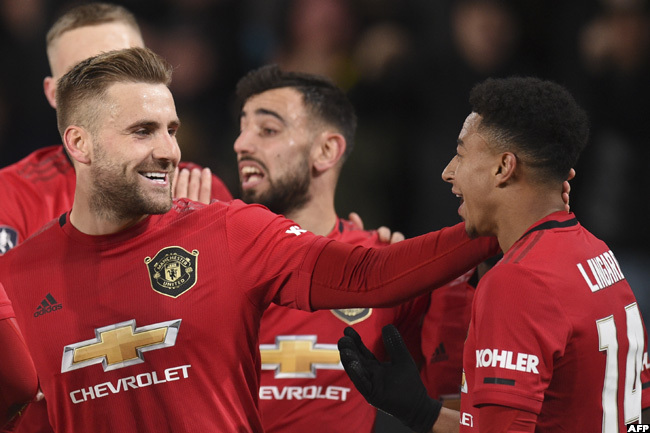 Luke Shaw had a good time on the pitch, scoring the opening goal

Rooney was unable to stem the tide and his response was a frustrated foul on Scott McTominay that earned him a booking.

Choosing a more palatable approach to leading the Derby fightback early in the second half, Rooney unfurled a sumptuous pass to Jayden Bogle, whose cross was headed just wide by Martyn Waghorn.

Ighalo ended any hopes of a Rooney-inspired revival in the 70th minute.

Juan Mata picked out Ighalo in the area and when the 30-year-old's initial shot was blocked, he kept his composure to guide the rebound into the net.

In what would have been an emotional finale for Rooney, his free-kick almost crept in until Romero made a brilliant tip-over. 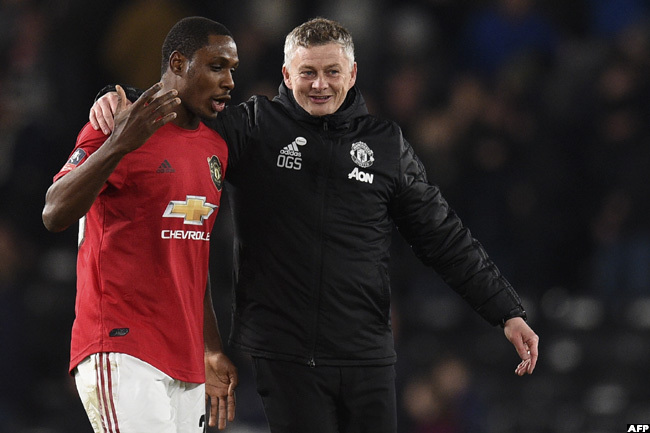 At the end of the game, it was all smiles in the United camp

Next up, United will face Norwich in the quarterfinals

Uganda Woodball Federation to supply equipment to other nations