Pallaso risks jail as Interpol takes over ...
Next Story

The tool is a three-page document made up of six sections providing details of the employer or organisation, the complaint details plus preferred communication method.

The tool is a three-page document made up of six sections providing details of the employer or organisation, the complaint details plus preferred communication method.

KAMPALA - The office of the Directorate of Public Prosecutions (DPP) has launched the Self-help Sexual harassment Evidence collection Tool (SSET).

SSET is a comprehensive tool that is designed to assist a victim of sexual harassment to provide evidence of the offence and contribute in filing a complaint to relevant authorities to access justice.

SSET is a three paged document made up of six sections providing details of the employer or organisation, the complaint details plus preferred communication method.

The tool also has a supervisor's details, interrogating nature of the sexual complaint and actions to be taken by the employer, all aimed at easing prosecution of sexual harassers.

The tool also requires employers to follow their sexual harassment prevention policy once a complaint is received. The employer also has to speak with the affected employee, alleged harasser, interviewing witnesses and collecting related documents. 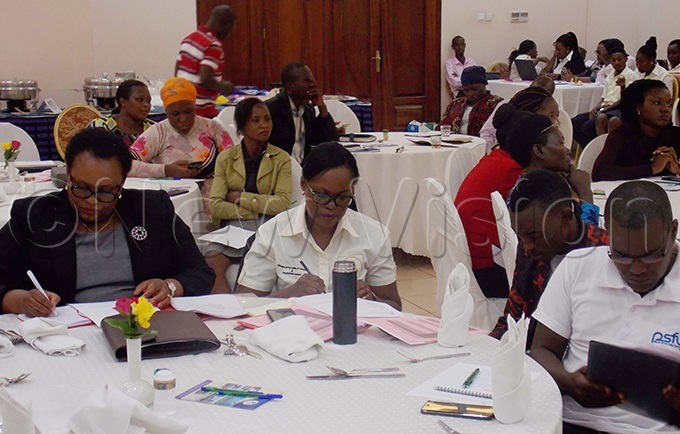 The platform for Labour Action (PLA) developed the tool. The tool provides a step by step guidance in collection and storage of evidence and what to do thus easing investigators and prosecutors' work when indicting harassers.

"SSET is going to help prosecutors to unpack sexual harassment to enable every worker to understand, articulate and appreciate how the vice manifests its self at the workplace," Wakooli said.

Sexual harassment is a form of discrimination involving unwelcome sexual conduct or pressure in the workplace or any other place.

It involves sexually suggestive gestures, explicit discussions, being the object of sexual jokes, unwanted touching or physical contact and unwelcome sexual advances among others.

A 2013 Uganda Human Rights Defenders Association (UHRDA) survey indicated that 90% of women were sexually harassed at workplaces by their male seniors.

The survey was carried out in over 2000 organisations including companies, financial institutions, churches, health centres, universities among others.

It was revealed that 32.1% of employee survey respondents reported sexual harassment involving managers for promotion or salary increment and 30% depicted sexually suggestive gestures.

24.7% were exposed to sexually explicit discussions, 22.4% experienced unwanted attempts to establish sexual relationships whereas 19.4% were being subject to sexual jokes or comments.

Lady Justice Linda Lillian Tumusiime, the Industrial Court Judge said there is a need to hire more women in leadership positions for it can help curb the problem since most victims are females.

"Hiring more women in leadership positions and a civil, respectful culture for all employees can help curb the vice; we should restrict hierarchical power dynamic where men outnumber women," Tumusiime said.

She applauded PLA for having designed the tool saying it is going to help both the police and prosecutors to trace, prosecute and combat sexual harassment offences.

The Assistant Commissioner of Police, Rosemary Nalubega, heading the department of sexual and children offences urged the public to report all sexual harassers.

Nalubega, also attached to Kibuli CID Police headquarters said they are always ready to investigate and treat victims and witnesses with compassion and privacy.

She, however, cautioned the public to report to the police so that the offenders are brought to book.

"We are ready and always coordinating with the office of the DPP to guide us on investigations and we liaise with other agencies to offer specialised assistance like psycho-social support.

So, do not be sexually harassed and keep quiet, report all cases, and police is ready to assist and bring the culprits to courts of law," Nalubega said.

The executive director PLA, Grace Mukwaya said the tool is accessible physically and also on the web, adding that it intends to cater for all categories of workers and young people joining the labour market.

"Upon filing the SSET, the relevant documentation can be handed over either by mail or physically to authorities for further investigations or prosecution," she said.