MENU
Coronavirus: How it could affect Africa
Previous Story

atureebe sounded the warning on Monday while presiding over the 10th annual Magistrate’s Conference at Imperial Royale Hotel in Kampala.

atureebe sounded the warning on Monday while presiding over the 10th annual Magistrate’s Conference at Imperial Royale Hotel in Kampala.

KAMPALA - Chief Justice Bart Katureebe has advised judicial officers who are not contented with their salaries to resign instead of taking bribes.

Katureebe sounded the warning on Monday while presiding over the 10th annual Magistrate's Conference at Imperial Royale Hotel in Kampala.

In his 42 minute address to over 200 Magistrate's, Katureebe noted that taking a bribe amounts to total betrayal of trust on part of judicial officers.

"It is fine that you want to be a magistrate or a judge but if you get there and you find that it is not where you want to be. My advise to you is that if you find yourself in that category, resign or retire and go where you belong and get that fulfilment instead of taking bribes," Katureebe said.

Adding, "Just last week, someone sent me an e-mail about a senior judicial officer and said this officer (name withheld) is a problem and he is not fit to continue exercising the judicial oath. Therefore, as you adjudicate cases, remember that there are people out there seeing you." 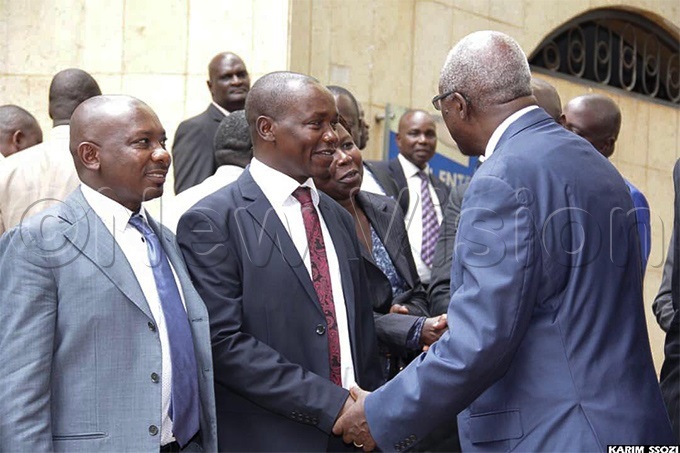 Citing Inspectorate of Government and Transparency International recent reports which ranked Judiciary the second most corrupt institution in the country, Katureebe implored Magistrates to desist from the vice of corruption for a brighter career.

"If you are a Magistrate, Judge, Chief Justice and you want people to call you honourable, your lordship and you have no honour and people are writing about you as unfit to serve on the bench, do you still have the life you want to live?," Katureebe noted.

Katureebe revealed that while serving a state attorney in the Attorney General's Chambers, he was forced to drive a taxi in order to sustain himself instead of taking bribes.

Using an analogy of the old man who had been blocked by security personnel at Supreme Court to see him, Katureebe implored the Magistrate's to handle litigants with care, noting that it will improve people's perception about the Judiciary.

"When I met this man, he told me that it was enough for him even if he did not get justice.  Therefore, since most of the disputes revolve around magistrates, how you treat them is the first face the judiciary receives and I urge you to take it seriously," Katureebe noted.

Katureebe also warned Magistrates against sit-down strikes saying "From my experience in Government, shouting and laying down tools is not a solution. Lobbying is the best solution and there is always goodwill."

In regard to land eviction orders, Katureebe implored Magistrates to be cautious while issuing them, noting that most of the people abuse them.

"Some of the people you give eviction orders hire hooligans who end up tormenting people. I was shocked when I was told that there is a Magistrate who issued an eviction order and then closed the court for three weeks and the affected residents had nowhere to go. Please balance the law and the well-being of the society to save this noble job," Katureebe said. 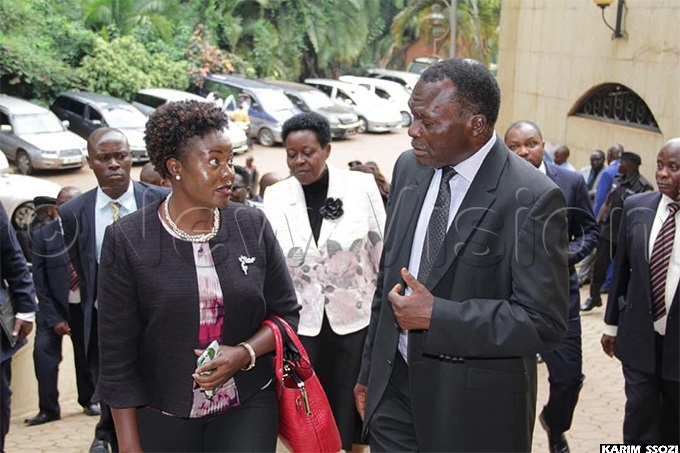 Deputy Chief Justice Alfonse Owiny-Dollo implored that Magistrate's to work to their expectations, noting that their performance determines the performance of the Judiciary.

"You handle the bulk cases and if you do not perform to your expectations, the judiciary will under-perform," Owiny-Dollo said.

Owiny-Dollo further urged judicial officers to stick to their oath for the public to gain confidence in the judiciary.

Principal Judge Dr Flavian Zeija announced that he is set to carry out a national evaluation of the performance of courts in the country. This was contained in his speech delivered by High Court Judge Duncan Gaswaga.

Chief Magistrate to get Vehicles

Secretary to the Judiciary Pius Bigirimana revealed that procurement of the vehicles for Chief Magistrate's across the country is underway.

He, however, warned that he has already instructed the Police to impound all judiciary vehicles that will be found isolated.

"These vehicles are not for personal use. If you are invited for a wedding, use personal vehicle otherwise I have already instructed the Police to impound them," Bigirimana warned.

In regard to judges' contributions to Uganda Judicial Officers Association (UJOA), Bigirimana maintained that it is illegal.

"If you want to contribute part of your salary to UJOA, you must write to me because I cannot do an illegality. I am here to correct mistakes," he said.

He added, "UJOA must get orderly and organised if they want a good working relationship with me. UJOA cannot give me instructions."