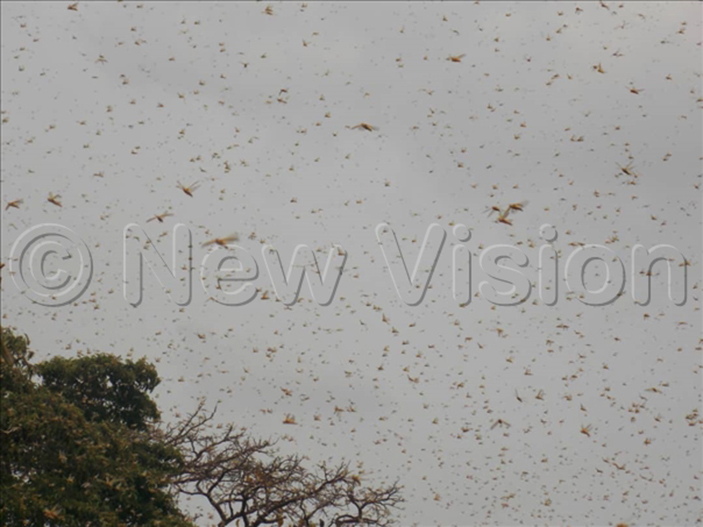 A large swarm of locusts invaded Soroti town on Tuesday, bringing work operations to a standstill.

Hospitals, shops, court and police premises among other places were temporarily closed as the insects made their way through the town.

Residents were seen chasing after the insects at Soroti sports grounds, while others held bottles to trap them. Many were heard making phone calls and passing on information about the invasion of locusts. 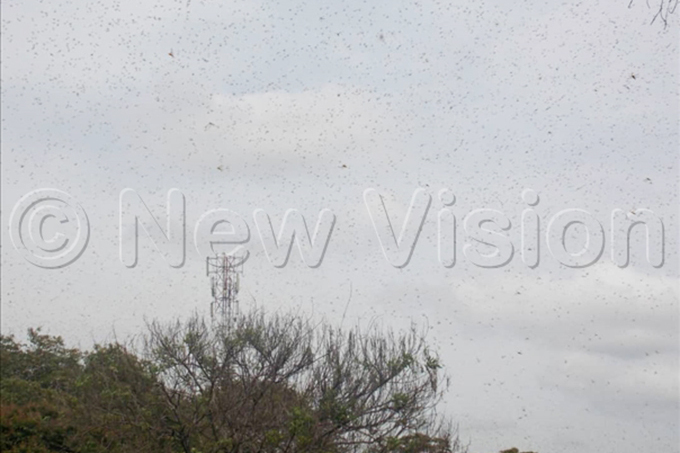 The locusts which lasted 15 minutes in Soroti town are reported to have proceeded to Amuria district.

Some of the locusts attempted to rest on Semei Kangulu Mvule trees in the town but were made uncomfortable by noise pollution.