Museveni and Kagame met at the border to discuss the impasse that saw Rwanda close her common border with Uganda.

Museveni and Kagame met at the border to discuss the impasse that saw Rwanda close her common border with Uganda.

President Museveni arriving at Kyonyo where the residents had waited for him at the end of the Friday summit. Photo by Job Namanya

Residents at the border town of Katuna were frustrated by the postponement of the opening of the border.

This came after the meeting between President Yoweri Museveni and his Rwandan counterpart Paul Kagame to resolve the ongoing border dispute on Friday.

Museveni and Kagame met at the border to discuss the impasse that saw Rwanda close her common border with Uganda. The meeting was mediated by the Angolan President Joao Manuel and Felix Tshisekedi of DR Congo.

In a communiqué issued after the meeting, the summit recommended that Uganda verifies allegations by Rwanda about the actions of forces hostile to Rwanda operating in Uganda. 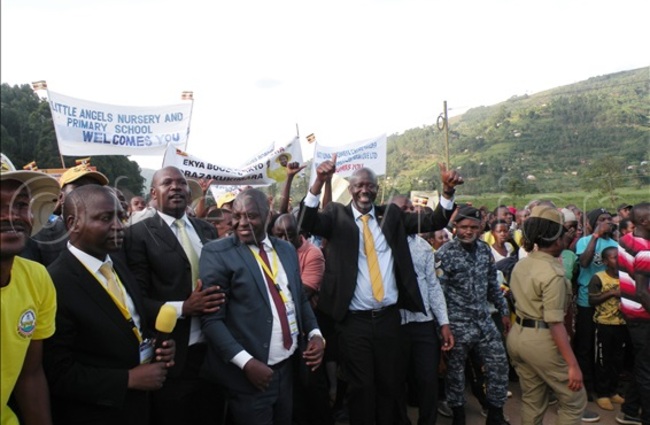 Excited residents and leaders listening from the President on Friday. Photo by Job Namanya

If the allegations are true, the Uganda government will take measures to stop it and prevent it from happening again. The action must be verified by the Ad-Hoc ministerial commission for the implementation of the memorandum of Luanda.

Once this recommendation is fulfilled and reported to the heads of state, the facilitators will convene, within 15 days, a summit, in Gatuna/Katuna, for the solemn re-opening of relations between the two countries.

The Friday meeting was a culmination of a series of meetings held in Luanda, Angola, and Kigali by different delegations.

To most residents, this meeting should have been a ray of hope for there lost glory at the border town.

With a lot of anticipation for positive news, the residents pitched camp at Kyonyo trading centre along the Katuna-Kabale road to receive President Museveni on his way from the summit.

"We have been in a meeting with President Kagame of Rwanda trying to find out the most appropriate way of resolving this current conflict. I may not have to say much since I do not like sharing diplomatic plans publicly," said Museveni.

The President, however, revealed that all accusations by Rwandan authorities deserved full verification and investigation before a clear deal is reached to solve the impasse.

"They accused us of arresting their people and we have been releasing some of these suspects who are not on hard crimes as I instructed. The other accusation against us is that we are harbouring people linked to Kayumba Nyamwasa. We are not sure of there presence here, but we shall find out the truth as we head towards a peaceful resolution to this challenge," added Museveni.

Residents upon learning that the border was to remain closed felt discouraged.

Samuel Hakyizarugaba, a 21 years old boda-boda rider who depended on his business to take care of his young siblings noted that since the border closure, their family has experienced difficulties. 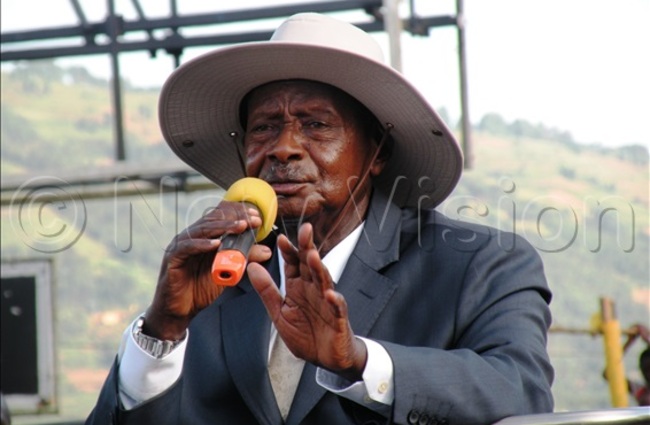 "The little money I would generate from conducting business along the border which was initially a busy town helped me in meeting a few costs at home and it was vital in supporting my siblings who are still in school. However, since February last year, we are greatly suffering as we cannot afford scholastic requirements for them," he said.

Hakyizarugaba added that their main hopes were in Friday's meeting, but since it could not get a clear resolution to the problem, they may consider shifting from Katuna to another place that will favour there business.

Patience Tusiime, a businesswoman in the same area, says the extension of the border opening was a blow in their expectations as they had started strategizing on how best they could revamp their businesses. 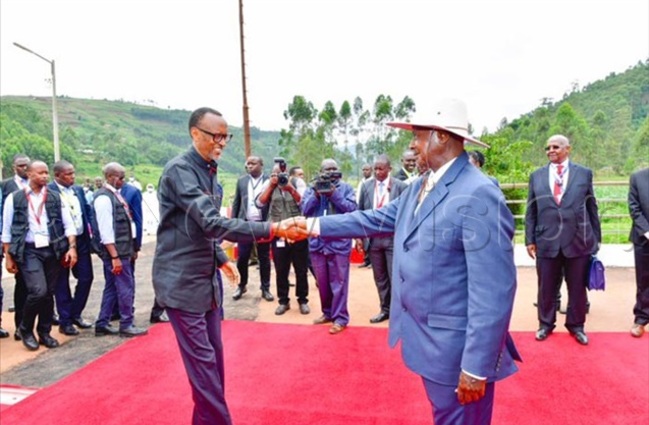 Museveni meets Kagame at the border

"Most of us had started thinking of restocking our businesses with the hope that Friday was the last day to see that border closed. What has happened will see us becoming more patient as we look forward to God's intervention in this crisis," she said.

The State Minister for Finance and also the Ndorwa West Member of Parliament, David Bahati assured the locals that the progress so far is promising and that they should remain hopeful.

"We thank our leaders for the on-going efforts and we are sure that this is not in vain. All we need is to patiently wait upon the Lord for a solution since all we can do is to pray about it," he said.

ICC will not investigate post-poll violence in Gabon