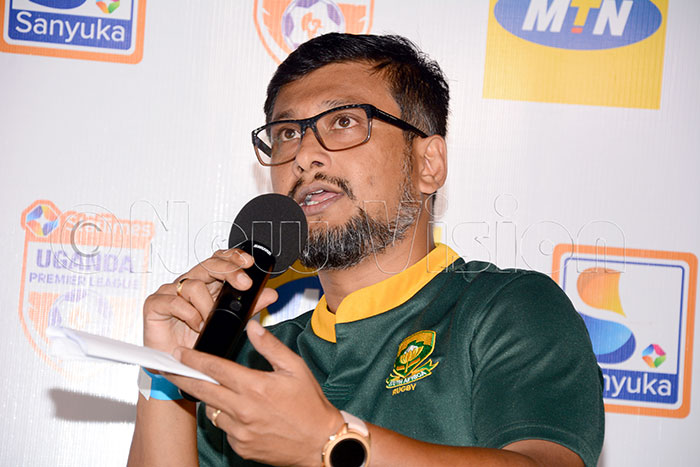 New league partners MTN are optimistic that they will reignite the passion that the Ugandan soccer fans s previously had for the local game.

On Saturday, MTN was unveiled as the new broadcast partners of the StarTimes Uganda Premier League that is currently broadcasting on local TV station Sanyuka.

"With this sponsorship, MTN will bring the excitement from live Ugandan premiership matches to the home of millions of football fans in Uganda. We believe that working together, we shall be able to bring back the love for the local league and eventually draw more Ugandans to the local stadia to watch local games, " MTN's Chief Marketing Officer Sen Somdev said.

"Back in the day, Ugandans were very enthusiastic about local foot6ball. You can see some of that love when the national team is playing. But over the years, other leagues have managed to capture that space in the hearts of the local football fans and that's the narrative we are looking at changing, "he added.

The one-year renewable partnership has the legacy that MTN has built over the years with her support for local football and clearly demonstrates the company's love for the game.

Through the sponsorship, they will be viewer packs where matches will be screened live at various locations around the city. There will also be a man of match and fan of the day activations with different prizes to be won.

MTN that are also sponsors of KCCA FC and Onduparaka in the past were also national football team (Uganda Cranes) sponsors before they pulled out.

Sanyuka TV General Manager Joseph Kigozi said this was just the beginning of such partnerships that could see more partners coming on board to support the league.

On his part, Uganda Premier League CEO Bernard Bainamani was optimistic that sponsorship will help to promote the brand of the game in the country.

"It's an enhancement to the league and I believe this is a boost that will benefit the clubs. It's a timely offer at the time when we want more fans to watch the local games", he stated.

Ahmed Hussein who represented FUFA hailed MTN for supporting the game of football in the country.