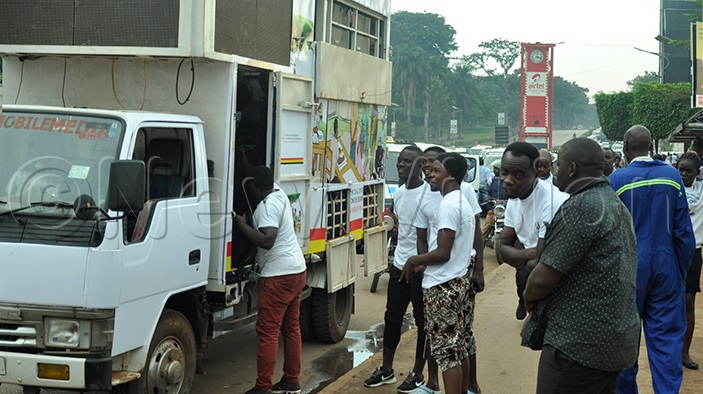 KAMPALA - The Electoral Commission on February 20 flagged off three caravans for the voter's registration display exercise in the twelve 12 regional centres, Eastern, western and the Northern regions all over the country.

The centres include Masaka, Mbarara and Kabarole in the western region, Luwero, Arua and Hoima in the northern region and Jinja, Mbale Soroti, lira and Moroto in the eastern region.

Speaking during the flagging off of caravans, Phillip Wanzira, the project coordinator UPIMAC said that the process is targeting to sensitize all people especially the special interest groups like the youth, people with disability.

The exercise kicked off on February 19 and will run until March 10. He, however, noted that "The mobilization of these groups will last for 10 days starting from the 19th- 28th of this month". He said

According to Mashate Charles, the head of the voter education department said that "Electoral commission contracted UPIMAC to sensitize the public in order to enhance participation in the display exercise."

He further added that the mobilization vans are one of the channels of taking information to the public. "Ugandans need to know what the process is about," He added