Uganda Premier League: A peek into the wee...
Next Story

With eight games left to the end of the season, it is a race for the title at the top of the table, as well as a scramble against the drop at the bottom. Who takes it? Who goes? Who stays?

Ten points separate the top side, Vipers, and third-placed Villa. KCCA are in second

With eight games left to the end of the season, it is a race for the title at the top of the table, as well as a scramble against the drop at the bottom. Who takes it? Who goes? Who stays?


KAMPALA - The race to the 2019/20 title has shifted into yet another gear, with eight games left to play across the 16 teams of Uganda's top-flight league. 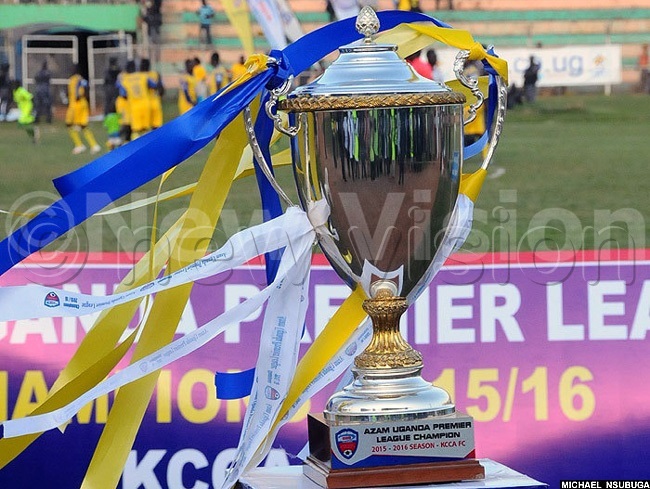 To many keen observers, the battle for the title is constricted to the top two sides, Vipers and KCCA. But if you zoom in closely, you will realise that Villa are not far behind and so you would be mistaken to rule them out of the chase for the top honours.

The Jogoo (40), in third, are ten points adrift of leaders Venoms (50), with Mike Mutebi's Kasasiro Boys (45) sandwiched in there in second place.

It may appear a three-horse race to the prize, but if history is to dictate the destiny of the title, it remains a two-way contest between three-time champions Vipers and holders KCCA, who have won it 13 times.

Villa have won the Premier League the most number of times (16), but having last won it in 2004, they would have to win all their remaining games this term and hope that Vipers and KCCA slip up - massively - to regain their glory of old.

For starters, Jogoo will be leaning in closely today (Friday) when Vipers play fourth-placed URA. But it will be a catch-22 situation for Villa. The tax collectors are hot on their heels, with victory this evening drawing them three points closer to Villa.

So if you are a Villa fan, what result of that game would you wish for? A draw?

Meanwhile, Maroons, who are on the positive side of the relegation border (13th), host fifth-placed Busoga also today. 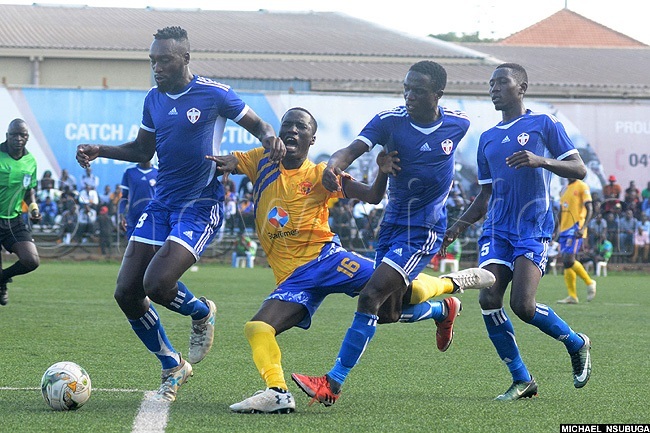 Maroons, seen here against KCCA, are back in action today - against Vipers

Back to the standings, the contest at the foot of the table is as tight as it is at the top.

It is desperation times for the likes of Proline, Tooro and Police, who are anchoring the table in that order (from the bottom).

They had to combine CAF Confederations Cup engagements with domestic assignments, before they were dumped out of the competition. It was a particularly forgettable October for Proline, who lost all but one of their five league games in that month.

Proline's domestic campaign has been peppered with indifferent results, but if their last result - a 3-1 victory over BUL - is telling enough, then perhaps they still have in them a will to continue fighting against the drop. There is a six-point gulf separating Baker Mbowa's side and Maroons, who are courting danger.

Tooro and Police, also heavily involved in the relegation fight, are keen on clawing out of the unwanted zone.

So who will make it out alive? Who will slide down to the Big League? The remaining games will have a big say in this.

Check out the current standings below: 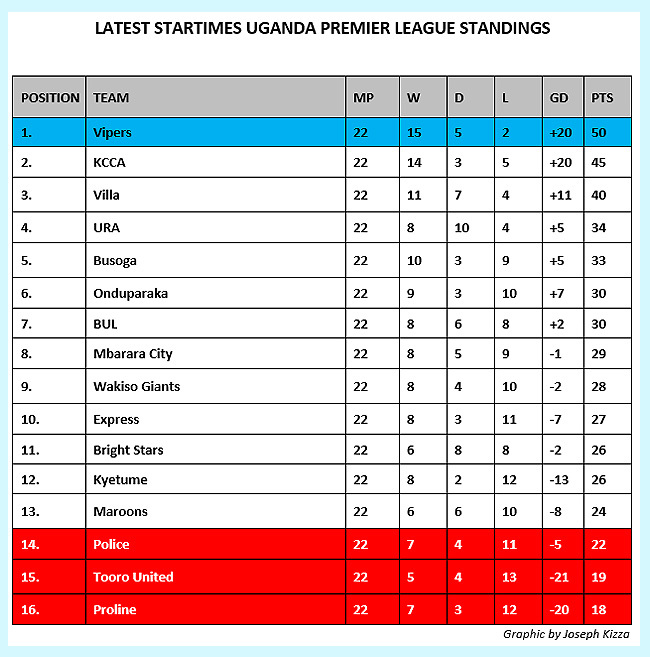