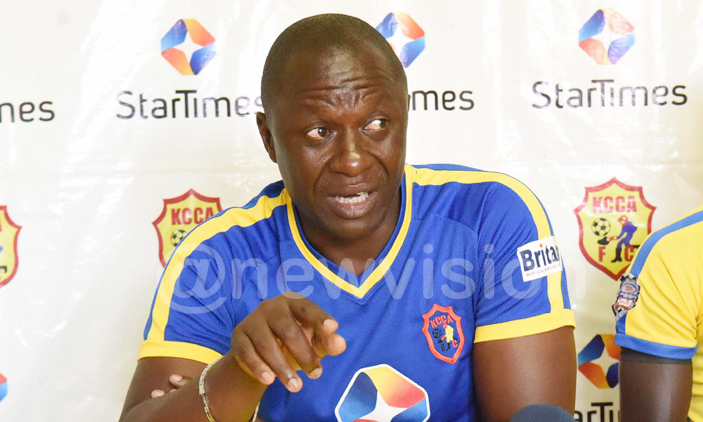 here
TOP Football STORY
a year ago .
Uganda Premier League: A peek into the weekend
It will be an old rivalry revisited as second-placed KCCA hosts Express, who are in 10th place.


KAMPALA - League champions KCCA will resume their chase for the title when they host rivals Express on Saturday at the StarTimes Stadium, Lugogo.

The KCCA-Express rivalry has waned in recent years, as the gulf between the two sides continue to widen. While the Kasasiro Boys remain in the top side of the table, the Red Eagles are languishing in the opposite end.

Mutebi has repeatedly said his side will not give up the quest to defend the title until the final game of the season.

KCCA had a chance to cut the deficit to two points when they squared off with Vipers at Kitende on Tuesday, but the game ended goalless. Vipers are on 50 points, KCCA on 45.

The Venoms play this (Friday) evening against URA, and by the time KCCA play on Saturday, they will have known how much work there is for them. Nonetheless, nothing short of a win will help them remain on the title chase.

They cannot afford to let Vipers open up an eight-point gap on them.

Mutebi will need his forwards to sharpen their scoring boots.

The services of injured centreback John Revita will be missed, especially in aerial duels with Express' towering forward Frank Kalanda.

In the first round, KCCA beat Express 3-1. This time, Red Eagles tactician Wasswa Bbosa is determined to exert revenge over his more illustrious rivals to provide himself a safety net against potential relegation.

They are coming into Saturday's game on the back of two successive wins, and are in 10th place on 27 points.

Elsewhere, bottom-placed Proline will hope to build on their win over BUL when they lock horns with Bright Stars at Kavumba Recreation Centre.

A five-game run featuring three wins will provide a measure of confidence for Paul Kiwanuka's Bright Stars. They last game was a 2-1 victory over Police on Tuesday.

Wakiso Giants and Kyetume are meeting on Saturday at Kyabaggu Stadium, and are coming on the back of respective wins. Wakiso beat Maroons while Kyetume were 4-3 winners over Mbarara City earlier this week.

In West Nile, Onduparaka who have lost four of their last games, host Mbarara City at Greenlight Stadium.