Immediately after the judgment, the activists joined Nyanzi to celebrate her freedom. They dragged her out of the courtroom before being cleared by the prison authorities, prompting prison officers to fire in the air.

Nyanzi supporters try to shield her from being taken by the Police. (Photos by Wilfred Sanya)

Immediately after the judgment, the activists joined Nyanzi to celebrate her freedom. They dragged her out of the courtroom before being cleared by the prison authorities, prompting prison officers to fire in the air.

Activist Stella Nyanzi on Thursday regained her freedom after High Court judge Henry Peter Adonyo quashed her conviction on cyber harassment charges and ordered for her immediate release from jail. 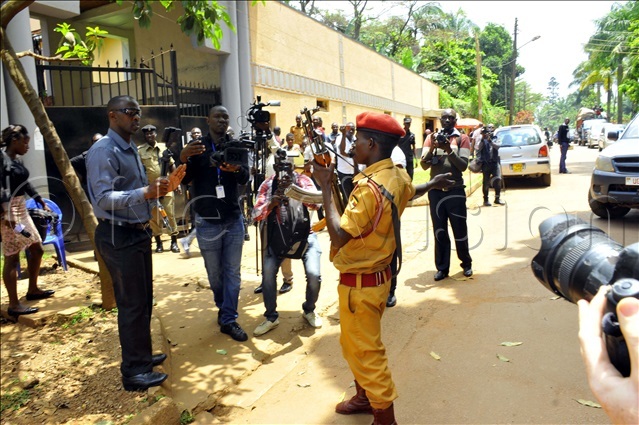 The Magistrate sentenced the 45-year-old to 18 months in jail but she had to serve only eight months after court deducted the period she had spent on remand.

Prosecution led by Janat Kitimbo and Timothy Amrit alleged that on September 16, 2018, Nyanzi posted on her Facebook page indecent words against President Museveni and his late mother. 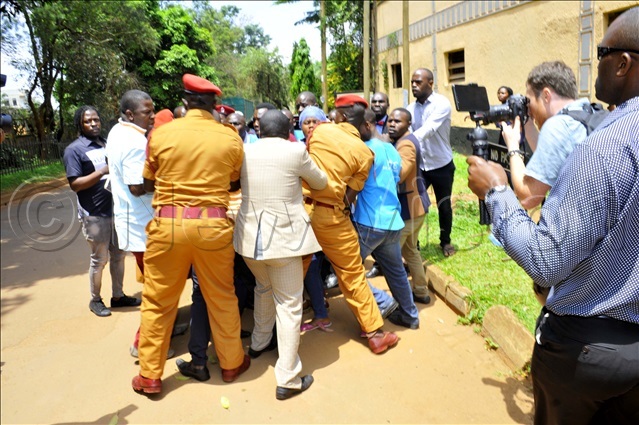 Dissatisfied with the judgment, Nyanzi through her lawyers Isaac Ssemakadde and Derrick Bazekuketa appealed against her conviction and sentence at the High Court.

While quashing her conviction on Thursday, Adonyo cited lack of jurisdiction and failure to accord her fair trial by the lower. 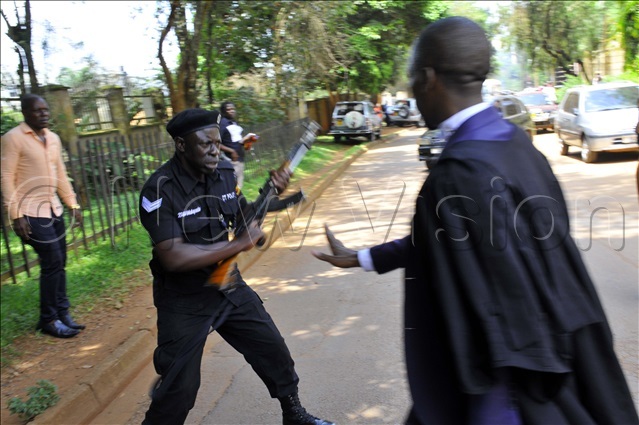 A police officer charges at the crowd

"After perusing the lower court record of proceedings, I find that the appellant was not given time to reply after the closure of the prosecution case. In the foregoing, the appeal succeeds and the judgment in the lower court was illegal. Therefore, the conviction and sentence of the appellant is quashed and should be released forthwith," Adonyo ruled. 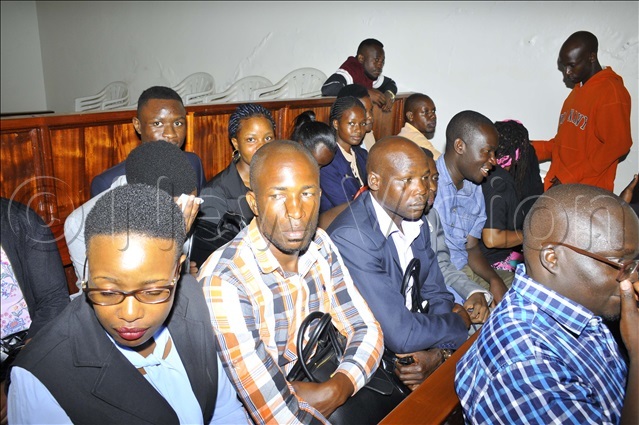 Court session before her release

The judge noted that the right to a fair hearing is non-derogable under Article 28(3) of the Constitution and it was also wrong for the magistrate not to compel expert witnesses Nyanzi wanted to testify in the matter to appear in court.

"A fair hearing must manifest the accused's right to legal representation, compulsory attendance of necessary witnesses and reasonable time to the parties," the judge observed.

The judge pointed out that it was wrong for the magistrate to convict Nyanzi basing on feebler evidence, which he said resulted from half-baked investigations. 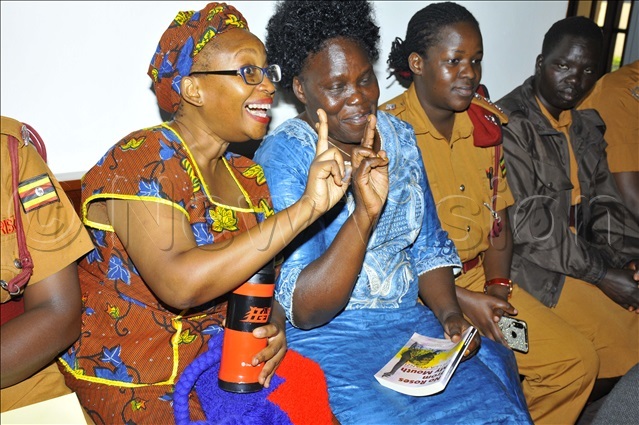 Nyanzi and leader of Opposition in Parliament Betty Achan


"Prosecution did not make any request to telephone companies MTN or Airtel which store data that law enforcement officers can use to come up with proper investigations. The mobile phone was not recovered, there was no evidence to show that the said gadget which the appellant allegedly used was still active yet cellphone can be tracked. This kind of evidence was required to prove the case but it was lacking," he noted. 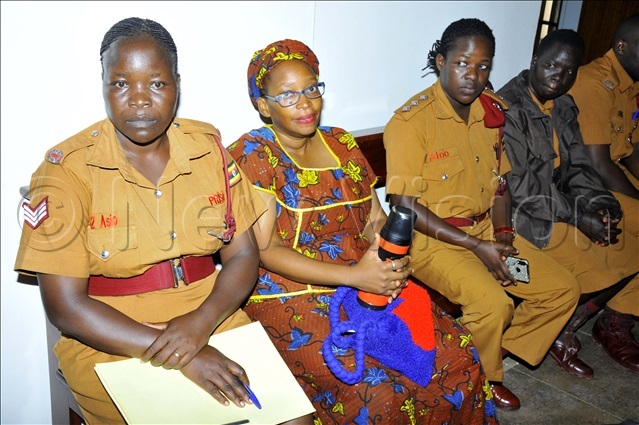 The mother of three who has been in jail since March last year was slated to complete her jail term in April this year.

Nyanzi who is known for her frequent posts on Facebook, most of which take the form of poems that are often laced with profanity, became famous when she stripped naked following a misunderstanding with her former boss at Makerere University, Professor Mahmood Mamdani in 2016.

The court's verdict was welcomed by a number of activists and Nyanzi's friends led by the leader of opposition in Parliament, Betty Achan.

Immediately after the judgment, the activists joined Nyanzi to celebrate her freedom. 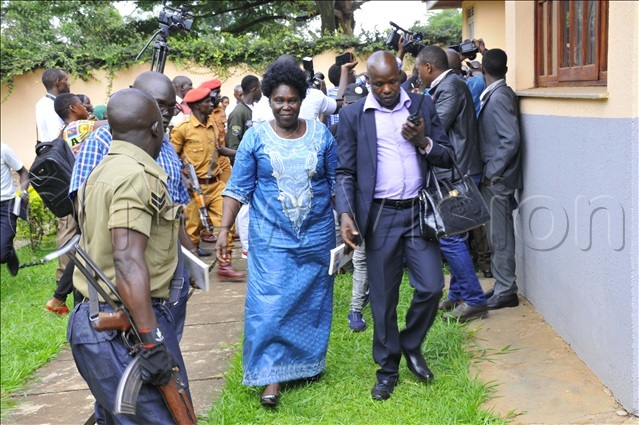 They dragged her out of the courtroom before being cleared by the prison authorities, prompting the prison officers to follow up the unruly group to pick Nyanzi such that she is officially discharged as the practice.

This caused an impasse between the two groups, prompting the police officers who guard the court to join the prison officers to recapture Nyanzi. 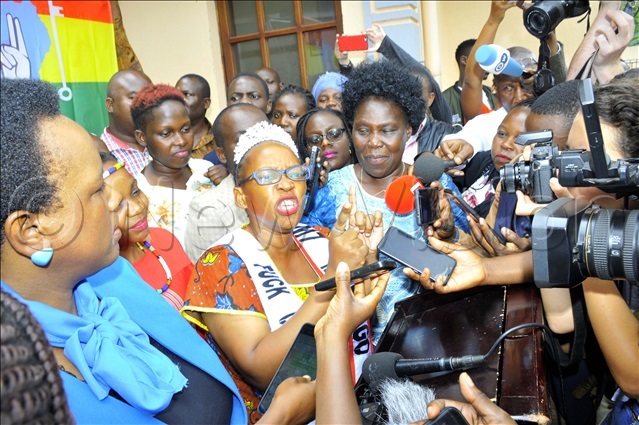 Nyanzi speaks to journalists after release

In the process, they fired bullets to disperse the group.

Following the scuffle which took about 10 minutes, they secured Nyanzi and drove her back to Luzira prisons for clearance.

Meanwhile, the judge also dismissed the Directorate of Public Prosecution's (DPP) appeal in which the DPP wanted Nyanzi's acquittal on offensive communication exchanged with conviction.

Adonyo said having found that the trial court had no jurisdiction in the matter, there was no reason to consider it.

The judge, however, advised any aggrieved party to petition the Court of Appeal.